Too Young may refer to:

"Too Young" is a song by American actor and singer Jack Wagner. It was released as a single in 1985 from his second album, Lighting Up the Night. 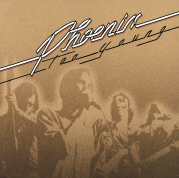 "Too Young" is a song by French rock band Phoenix and is featured on their debut studio album, United. It was the band's first single to chart.

"Too Young" is the fifth episode of the third season of the American animated television series Adventure Time. The episode was written and storyboarded by Jesse Moynihan and Tom Herpich, from a story by Mark Banker, Kent Osborne, Patrick McHale, and series creator Pendleton Ward. It originally aired on Cartoon Network on August 8, 2011.

Frederic Schindler is a French-Argentinean music supervisor who has worked on over 500 commercials and several films, most notably Aaron Brookner and Jim Jarmusch documentary Uncle Howard, Emir Kusturica feature On The Milky Road. and the Prada L'Homme et la Femme worldwide campaign featuring a bespoke cover by Perfume Genius of the iconic Pop Ballad Can't Help Falling in Love,. He won a Music Week Sync Award in 2017 for Best Online Advert.

"A House with Love in It" is a popular song composed by Sidney Lippman with lyrics by Sylvia Dee. The song was published in 1956.

For the Young at Heart was Perry Como's seventh RCA Victor 12" long-play album, released in 1960. For The Young At Heart was a concept album with all the songs having "Young" in their title. It is also the first Perry Como album produced by Hugo & Luigi.

Sylvia Dee was an American lyricist and novelist best known for writing the lyrics to "Too Young", a hit for Nat King Cole, "The End of the World", a hit for Skeeter Davis and "Bring Me Sunshine". She was born in Little Rock, Arkansas and educated at the University of Michigan. She was a copywriter for a newspaper in Rochester, New York, and wrote a number of short stories as well as the Broadway stage scores for "Barefoot Boy With Cheek". Joining ASCAP in 1943, her musical collaborators included Sidney Lippman, Arthur Kent, Elizabeth Evelyn Moore, George Goehring, Al Frisch and Guy Wood. 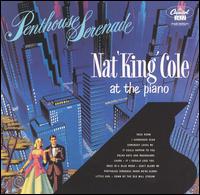 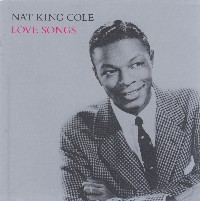 Love Songs brings together tracks from throughout Nat "King" Cole's recording career with Capitol records. The swing pianist turned ballad vocalist had a prolific chart run in the 1950s. Six of his UK hits are featured here. 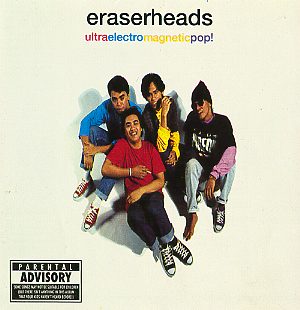 Ultraelectromagneticpop! is the debut studio album of the Filipino alternative rock band Eraserheads, released by BMG Records (Pilipinas), Inc. in 1993. Ultraelectromagneticpop! spawned hit songs such as "Ligaya," "Toyang," and "Pare Ko." The album brought the underground Philippine college rock scene into public awareness and the emergence of "Eraserheadsmania" because of successive hit singles and sold-out concerts. The CD version of the album comes with lyrics but the cassette tape version does not.

The Nat King Cole Songbook is a 1965 studio album by Sammy Davis, Jr., recorded in tribute to singer and pianist Nat King Cole, who had recently died.

Until may refer to

Sidney Lippman was a composer and songwriter. He wrote the music for Nat King Cole's 1951 No. 1 hit "Too Young". He died at a nursing home in North Bergen, New Jersey. He was 89 and had lived in Fort Lee, New Jersey.

One for the Boys is an unreleased studio album recorded by American entertainer Connie Francis.

"Toyang" is a song by Filipino rock band Eraserheads, from their debut album UltraElectroMagneticPop!. It is the band's second hit single. 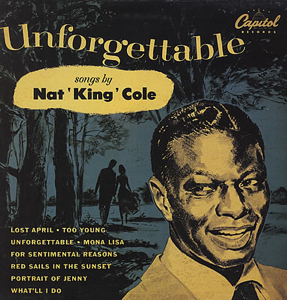 Unforgettable is an original jazz compilation by Nat King Cole. It was initially released on a 10 inch LP in 1952, and it was reissued on a 12 inch LP in 1954.

Red River Valley is an album by American recording artist Slim Whitman. It was his second and final number-one album in the UK. It spent four weeks at the top of the chart in 1977.

Hits of the 50's is the sixth studio album by American singer-songwriter Sam Cooke. Produced by Hugo & Luigi, the album was released in August 1960 in the United States by RCA Victor. Hits of the 50's is a covers album consisting of Cooke's versions of songs by such artists as Nat King Cole, Frankie Avalon, and Doris Day.

Song Sung Blue is an album by American pop singer Johnny Mathis that was released on September 13, 1972, by Columbia Records and featured his renditions of mostly recent chart hits.

NAT: An Orchestral Portrait of Nat "King" Cole is an album by American composer and arranger Nelson Riddle of music associated with the singer and pianist Nat King Cole. The album was released a year after Cole's death in 1965; Riddle had previously arranged several of Cole's albums.

Johnny Mathis Sings the Great Songs is a compilation album by American pop singer Johnny Mathis that was released in the UK by CBS Records on September 13, 1974.