Toonatics is a children's television programme that was first broadcast on Children's BBC between the summers of 1997 and 1998. The show was created, directed and presented by Paul Burnham (as Thomas 'Tommy' Toon). The show broadcast cartoons, which included Tom and Jerry and Looney Tunes , and played games in between each cartoon.

Every day Tommy Toon's mum went out to the shop and told her son "Thomas, Thomas, I'm going to the shop. So you'd better not start watching those crazy cartoons!" But regardless of his Mum's orders, Tommy doesn't care and invites four Toonatics to join him watching some cartoons with him for half an hour, and also to play a few mini-games in-between, before Tommy's mum comes back from the shop.

52 episodes of the show were produced by Paul Burnam and the BBC. 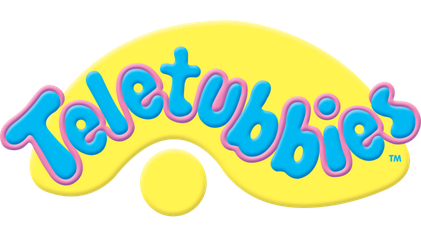 Teletubbies is a British children's television series created by Anne Wood and Andrew Davenport for BBC. The programme focuses on four differently coloured creatures known as "Teletubbies", named after the television screens implanted in their abdomens. Recognised throughout popular culture for the uniquely shaped antenna protruding from the head of each character, the Teletubbies communicate through gibberish and were designed to bear resemblance to toddlers. 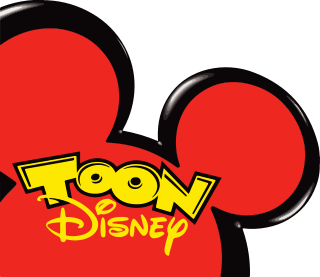 Toon Disney is a former brand for an American multinational pay television channel owned by Disney Channels Worldwide, a subsidiary of Disney-ABC Television Group. A spin-off of the Disney Channel, the channel mostly aired children's animated series and some live action programming. Its format had similarities to those of Discovery Kids, Cartoon Network, and Nicktoons. The channel's target audience was children ages 2–12, and children ages 6–13 during its nighttime block called Jetix.

Dexter's Laboratory is an American animated television series created by Genndy Tartakovsky for Cartoon Network. It follows Dexter, a boy-genius and inventor with a hidden laboratory in his room, which he keeps secret from his parents. He is at constant odds with his older sister Dee Dee, who always gains access to Dexter's lab and inadvertently foils his experiments. Dexter has a bitter rivalry with Mandark, a fellow boy-genius who is his neighbor and classmate. Segments featuring superhero-based characters Monkey, Dexter's pet lab-monkey/superhero, and the Justice Friends, a trio of superheroes who share an apartment, are prominently featured in the first two seasons. 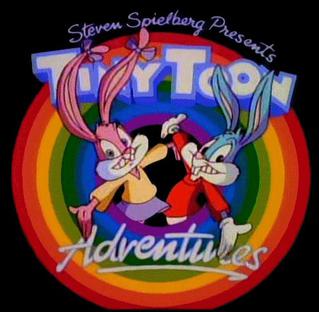 Rugrats is an American animated children's television series created by Arlene Klasky, Gábor Csupó, and Paul Germain for Nickelodeon. The show focuses on a group of toddlers most prominently—Tommy, Chuckie, twins Phil and Lil, and Angelica—and their day-to-day lives, usually involving life experiences that become much greater adventures in the imaginations of the main characters.

Johnny Bravo is an American animated television series created by Van Partible for Cartoon Network, and the second of the network's Cartoon Cartoons, which aired from July 14, 1997, to August 27, 2004. The series centers on the title character, who is loosely based on Elvis Presley. Johnny Bravo is a sunglasses-wearing, muscular young man who lives with his mother and attempts to get women to date him, though he is usually unsuccessful. He ends up in bizarre situations and predicaments, often accompanied by celebrity guest characters such as Donny Osmond or Adam West. Throughout its run, the show was known for its adult humor and pop culture references.

Live & Kicking was a British children's television series that aired on BBC1 from 2 October 1993 to 15 September 2001. It was the replacement for Going Live!, and took many of its features from it, such as phone-ins, games, comedy, competitions and the showing of cartoons. Once Live & Kicking had become established in series two, it reached its height in popularity during series four, when it was presented by Zoe Ball and Jamie Theakston; their final edition won a BAFTA award. After this the programme's ratings dropped with the launch of SMTV Live on ITV and the show came to an end in 2001. 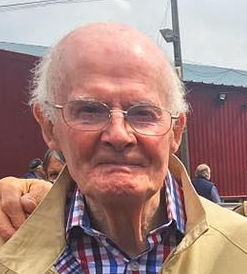 John Walter Lawrence Clegg is an Indian-born English actor, best known for playing the part of 'Mr. La-di-da' Gunner 'Paderewski' Graham in the BBC sitcom It Ain't Half Hot Mum. 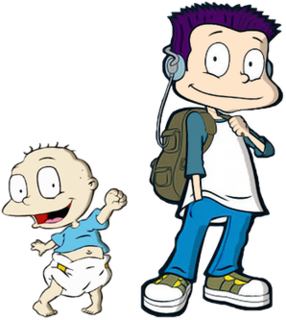 Thomas Malcolm Pickles is a fictional character and the protagonist of the animated children's television series Rugrats and its spinoff series All Grown Up!. He is also the protagonist of The Rugrats Movie (1998) and Rugrats Go Wild (2003), and a major character in Rugrats in Paris: The Movie (2000), as well as other various Rugrats-related media. 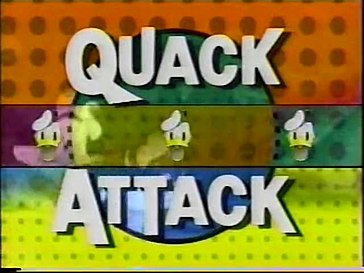 Donald's Quack Attack is an American animated television series which ran on The Disney Channel and was later rerun on Toon Disney. It premiered on November 2, 1992, along with Mickey's Mouse Tracks, on The Disney Channel. It featured Disney animated short films, especially those with Mickey Mouse, Donald Duck, and Goofy. Each episode lasted about 22–28 minutes, leaving some time for commercials. 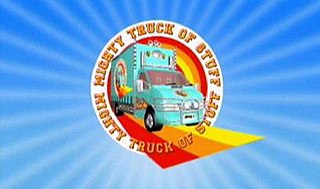 Mighty Truck of Stuff (MTOS) is a British children's television programme, where a truck was filled with toys and one phone-in viewer won its contents. After the show, the truck was driven to the home of the winner. It was shown on Saturday mornings from 15 October 2005 to 8 July 2006 on the CBBC Channel. It was presented by Reggie Yates. The format was devised by Joe Mace and Juliet Denison.

Playbox is a British children's television programme for pre-school children aged 2–5, which was broadcast on ITV. It debuted on 5 January 1987, and aired through 4 February 1992. Playbox was produced by Central Independent Television. The programme was the first Ragdoll television show to be made by ITV. It was created by Leslie Pitts, and Anne Wood who had just founded Ragdoll Productions.

William's Wish Wellingtons is an animated BBC children's television series produced by Hibbert Ralph Entertainment, which was originally aired on BBC One from 25 October to 30 December 1994, then moved to BBC Two from 24 December 1995 to 31 May 1996, and moved back to BBC One from 25 September to 13 December 1996. It was narrated by actor Andrew Sachs. It was later translated into Gaelic by Búrach Productions with a different narrator and shown as Botannan Araid Uilleim on BBC Two Scotland. It was shown in the United States as part of Cartoon Network's Big Bag. 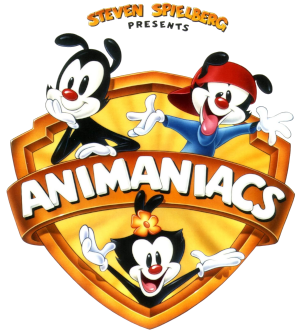 Animaniacs is an American animated comedy musical television series created by Tom Ruegger for Fox Broadcasting Company's Fox Kids block, before moving to The WB in 1995, as part of its Kids' WB afternoon programming block, until the series ended in 1998. It is the second animated series produced by Steven Spielberg's Amblin Entertainment in association with Warner Bros. Animation, after Tiny Toon Adventures. It initially ran a total of 99 episodes, along with a feature-length film, Animaniacs: Wakko's Wish.

This is a list of British television related events from 1979.

The animated television series Rugrats has been noted for its portrayal of Judaism, a dynamic rarely represented in American animated programming during the series' broadcast run (1991–2004). Six episodes of the series are devoted to Jewish holidays and to explaining their history, and the Pickles family is shown to be part-Jewish.

"Mother's Day", also known as the "Rugrats Mother's Day Special" or "Rugrats Mother's Day", is the second episode of the fourth season of the American animated television series Rugrats and the show's 67th episode overall. Released as a Mother's Day special, it revolves around the holiday from the perspective of a group of babies—Tommy Pickles, Chuckie Finster, and Phil and Lil Deville. Tommy, Phil, and Lil attempt to find the perfect mother for Chuckie while sharing their favorite memories about their moms. At the end of the episode, Chuckie's mother is revealed to have died of a terminal illness. It concludes with Chuckie and Chas looking through a box of her belongings, including a poem she had written for her son. Meanwhile, Didi Pickles tries to plan the perfect Mother's Day with her mom Minka, while Betty DeVille helps Stu Pickles with his invention to help mothers. 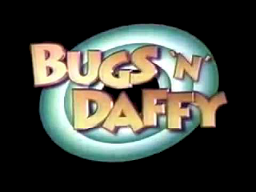 Bugs 'n' Daffy is an animated anthology television series that aired on The WB from 1995 to 1998 as part of their Kids' WB weekday lineup. The series featured cartoons from Warner Bros.' library of Looney Tunes and Merrie Melodies shorts. A weekly companion series, The Daffy Duck Show aired on Saturday mornings from 1996 to 1997.