Top 20 Country Countdown is a television program that airs on Great American Country (GAC), a United States country music television station. Fans vote for their favorite videos at GACTV.com and the results are counted down every Friday. The show is hosted by Nan Kelley. 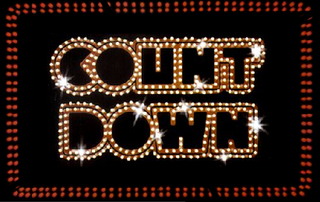 Countdown was a weekly Australian music television show broadcast by the Australian Broadcasting Corporation from 8 November 1974 until 19 July 1987. It was created by Executive Producer Michael Shrimpton, producer/director Robbie Weekes and record producer and music journalist Ian "Molly" Meldrum. Countdown was produced at the studios of the ABC in the Melbourne suburb of Ripponlea. It was screened Sunday night from 6:00pm to 7:00.

Great American Country (GAC) is an American multinational pay television network that is owned by Discovery, Inc. Based in Knoxville, Tennessee, the channel primarily broadcasts lifestyle programming pertaining to "country" settings, including the Heartland and south, some of which sourced from the libraries of its sibling channels. The channel was, previously, established primarily with a focus on country music-related content.

American Country Countdown, also known as ACC, is a weekly internationally syndicated radio program which counts down the top 40 country songs of the previous week, from No. 40 to No. 1, according to the Billboard Country Airplay chart. The program premiered in 1973 and as of January 2006 is hosted by Kix Brooks.

"The Final Countdown" is a song by Swedish rock band Europe, released in 1986. Written by Joey Tempest, it was based on a keyboard riff he made in the early 1980s, with lyrics inspired by David Bowie's "Space Oddity". Originally made to just be a concert opener, it is the first single and title track from the band's third studio album. The song reached number one in 25 countries, including the United Kingdom, and was certified gold in that country in 1986. In the United States, the song peaked at number 8 on the Billboard Hot 100 and number 18 on the Billboard Album Rock Tracks chart. A music video by Nick Morris was made to promote the single that features footage from the band's two concerts at the Solnahallen in Solna, as well as extra footage of the sound checks at those concerts. 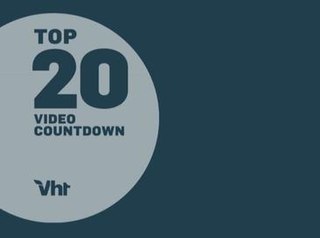 The 20 was a weekly television show that aired on the VH1 cable television network in the United States. The long-running series began in 1994 as the VH1 Top 10 Countdown, part of VH1's "Music First" re-branding effort. Over the years a variety of hosts counted down the top ten or twenty music videos of the week. The order of countdown was originally decided by a mix of record sales, radio airplay, video spins, message board posts, and conventional mail. The series finale aired unexpectedly without any ceremony on November 28, 2015, with the last number one on the show belonging to Drake's "Hotline Bling".

CMT Australia is an Australian cable and satellite music television channel owned and operated by ViacomCBS Networks UK & Australia. It is the third and currently only country music video channel in Australia, created after the departure of MusicCountry from the Australian market, followed by its predecessor network.

Top 20 Countdown is a former chart countdown program on CMT revolving around popular country music videos. Hosted by Lance Smith through most of its run, it premiered weekly on Friday mornings, with several reruns through the weekend and Monday, launching on January 3, 2001; a previous weekly countdown show through CMT's early years featured a countdown of only twelve popular videos. The first episode was the top 20 videos of 2001. Smith departed the series at the end of 2009, with Evan Farmer taking over from then until November 2012; the remainder of the series' run was either unhosted or had guest hosts.

[V] was an Australian music television channel owned and operated by Foxtel. It was available on Foxtel Digital and Optus's digital services.

Nan Kelley is a former Miss Mississippi (1985) who later became a host and correspondent for the Great American Country (GAC) cable television network.

The year 2005 in radio involved some significant events.

The year 1970 in radio saw the debut of a nationally syndicated music countdown show and the incorporation of NPR.

CMT Top 12 Countdown was a music video show that aired on Country Music Television (CMT) that debuted in 1993 then in September it expanded to 12 videos with features such as pick hits, breakout videos and sneak peeks to emerging and upcoming artists. In 1996 the countdown expanded again featuring a few more extras and in December 2001 the show became the longer Top 20 Countdown. Each episode would countdown the top 12 music videos of the week. At the end of each year, CMT would broadcast the Top 12 Countdown of the Year and present awards to artists for their music video achievements.

Radio Express is an independent radio syndication company based in Burbank, California, whose main focus is in markets outside the U.S. The company was founded by Tom Rounds, one of the creators of American Top 40. Radio Express was created in 1985 as a way to distribute AT40 to stations outside the United States, three years after ABC Radio Networks acquired AT40's production company, Watermark Inc.