Top Gear Philippines is a magazine which is published by Summit Media - under license from BBC Worldwide and Immediate Media Company - and features Philippine-only content.

It was first published in September 2004 with British and Filipino contents published. A major change came when a Filipino editor-in-chief took the helm and published Philippine content unique to the magazine. In March 2011, Top Gear Philippines redesigned its contents, with some segments being renamed. On June of the same year, they published their 75th issue and made a contest on their website. In March 2012, they redesigned again to attract more readers. On June of the same year, they put out their supplementary issue called "Top Bikes". In December 2012, they made their first "Top Gear Philippines Car Of The Year Awards" with the Toyota 86 as the first winner. This September 2013, Top Gear Philippines redesigned their magazine again in commemoration of its "9th-year anniversary and 100th issue" celebration on the same month. In September 2014, Top Gear celebrated their 10 years and redesigned their magazine again. They celebrated 11 years in September 2015. A year later, in the May 2016 issue, Top Gear PH redesigned their magazine again, with a more flat and minimalist design. Various changes have been added over the years, such as the addition of the Moto Sapiens page in the October 2016 issue.

The editorial staff of the online component of Top Gear Philippines, TopGear.com.ph, was sued by Nestor Punzalan after they erroneously identified Punzalan as the potential killer in a road rage incident in Quiapo on their popular Facebook page. [1] Among the demands made by Punzalan was for Vernon B. Sarne, Top Gear Philippines Editor-in-chief, to resign after he identified himself as the party at fault on their Facebook page that resulted in Punzalan being threatened and cyberbullied. [2]

The features of the Top Gear Philippines include:

Car of the Year 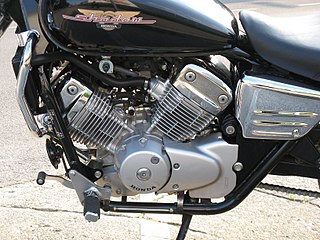 An automobile start-stop system or stop-start system automatically shuts down and restarts the internal combustion engine to reduce the amount of time the engine spends idling, thereby reducing fuel consumption and emissions. This is most advantageous for vehicles which spend significant amounts of time waiting at traffic lights or frequently come to a stop in traffic jams. Start-stop technology may become more common with more stringent government fuel economy and emissions regulations. This feature is present in hybrid electric vehicles, but has also appeared in vehicles which lack a hybrid electric powertrain. For non-electric vehicles fuel economy gains from this technology are typically in the range of 3-10 percent, potentially as high as 12 percent. In the United States, idling wastes approximately 14.8 billion liters of gasoline per year. 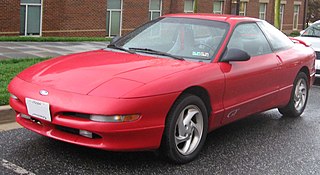 The Ford Probe was a liftback coupé produced by Ford, introduced in 1988 and produced until 1997. The Probe was the result of Ford's collaboration with its longtime Japanese partner, Mazda, and both generations of Probe were derived from the front-wheel drive Mazda G platform that underpinned the Mazda Capella. 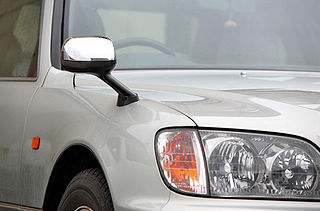 Japanese domestic market refers to Japan's home market for vehicles. For the importer, these terms refer to vehicles and parts designed to conform to Japanese regulations and to suit Japanese buyers. The term is abbreviated JDM. 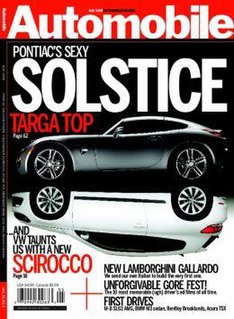 Valentina is a supervillain created by Mars Ravelo and Nestor Redondo who first appeared in the second episode of the Darna series published in the Philippine comics Pilipino Komiks. One of the most recognizable supervillainess characters in the Philippines, she is the archenemy of Darna. She was originally a bitter, deformed woman born from ordinary human parents with venomous snakes on her head that appears to be like hair. When she grew up, she killed her parents and was subsequently taken in by a serpent creature named Kobra. Valentina was soon referred to as "goddess of the snakes".

The Toyota Innova is a compact MPV manufactured by the Japanese automaker Toyota. It is first produced in Indonesia under supervision by Toyota Astra Motor since 2004 and has been manufactured in other countries as well. As with the Kijang, which it replaced, the Innova is produced and first marketed in 2004 in Indonesia. The Innova has a body-on-frame chassis constructed from Toyota's IMV platform together with the Hilux pickup truck and the Fortuner SUV. Its official name in Indonesia is Toyota Kijang Innova, while for other countries it is called "Innova" or "Innova Crysta".

The Toyota Vios is a subcompact car produced by the Japanese manufacturer Toyota, primarily for markets in the Asia-Pacific region since 2002.

The Honda Mobilio is a seven-seat mini MPV produced by Japanese automaker Honda. The first generation Mobilio that was produced from 2001 to 2008, was the second model in Honda's Small Max series and also took Honda's Global Small Platform and their i-DSI engine. In May 2008, the Freed was introduced in Japan, replacing the Mobilio. The second generation Mobilio, which is based on the Brio, was introduced in September 2013 and went on sale in January 2014.

The Philippine International Motor Show, or PIMS, is an auto show that took place on August 9, 2007 at the Philippine World Trade Center. It ended August 12, 2007.

The Honda Brio is an automobile nameplate used by Honda mainly for their city car/subcompact car models that sold in Southeast Asia and other regions. It was introduced in 2011 and since then became the smallest car in Honda's global line-up.

The Daihatsu Ayla is a city car designed by Daihatsu and manufactured by Astra Daihatsu Motor in Indonesia. It is primarily developed as an entry-level hatchback that would be marketed and sold in several developing markets. The Ayla is sold by Toyota as the Toyota Agya in Indonesia, South Africa, Latin America and the Caribbean, and Toyota Wigo in the Philippines, Sri Lanka, Brunei and Vietnam through an OEM agreement. The car is also rebadged, redesigned and manufactured in Malaysia by Perodua as the Perodua Axia. 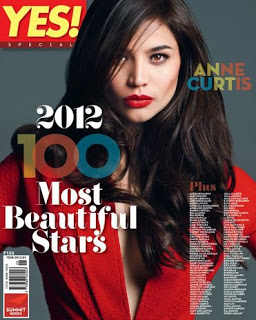 Yes! is a monthly showbiz-oriented magazine from the Philippines published by Summit Media. Started in 2000, it has a circulation between 140,000 to 160,000 every month making it the top showbiz magazine in the Philippines.

The Mazda CX-30 is a subcompact crossover SUV produced by Mazda. Based on the fourth generation Mazda3, it debuted at the 2019 Geneva Motor Show, to slot in between the CX-3 and the CX-5. It went on sale in Japan on 24 October 2019, with global units being produced at Mazda's Hiroshima factory, North and South American units built in Salamanca, Guanajuato, Mexico, Asian and initial Australian units made at the AutoAlliance Thailand plant in Rayong, and China-market units produced in Nanjing by Changan Mazda.