Last updated January 13, 2021
Not to be confused with TOPIK or Topik.
For topics covered in Wikipedia, see Portal:Contents/Lists of topics

Topics is a book by Aristotle. From then on,topic, topics, TOPIC, topical, topicality or Topix may refer to: 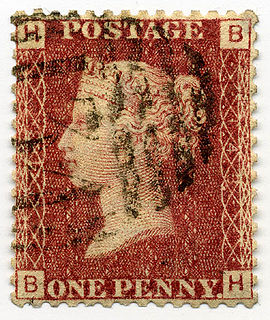 Philately is the study of postage stamps and postal history. It also refers to the collection, appreciation and research activities on stamps and other philatelic products. Philately involves more than just stamp collecting or the study of postage; it is possible to be a philatelist without owning any stamps. For instance, the stamps being studied may be very rare or reside only in museums. 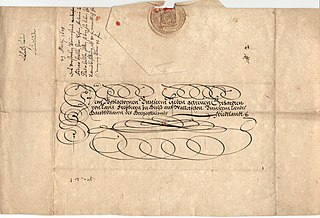 Lincoln–Douglas debate is a type of one-on-one competitive debate practiced mainly in the United States at the high school level. It is sometimes also called values debate because the format traditionally places a heavy emphasis on logic, ethical values, and philosophy. The Lincoln–Douglas debate format is named for the 1858 Lincoln–Douglas debates between Abraham Lincoln and Stephen A. Douglas, because their debates focused on slavery and the morals, values, and logic behind it. LD Debates are used by the National Speech and Debate Association, or NSDA competitions, and also widely used in related debate leagues such as the National Christian Forensics and Communication Association, the National Catholic Forensic League, the National Educational Debate Association, the Texas University Interscholastic League, Texas Forensic Association, Stoa USA and their affiliated regional organizations. The vast majority of tournaments use the current NSDA resolution.

Policy debate is a form of debate competition in which teams of two advocate for and against a resolution that typically calls for policy change by the United States federal government. It is also referred to as cross-examination debate because of the 3-minute questioning period following each constructive speech. Evidence presentation is a crucial part of Policy Debate; however, ethical arguments also play a major role in deciding the outcome of the round. The main argument being debated during a round of Cross Examination is which team has a greater impact. This factor alone can decide the winner of a round. Whichever team can prove the greater impact is likely to win the round. When a team explains why their impacts are "greater" than the opposition's impacts, they utilize the concept of "impact calculus." One team’s job is to argue that the resolution— the statement that we should make some specific change to address a national or international problem —is a good idea. Affirmative teams generally present a plan as a proposal for implementation of the resolution. On the other hand, the Negative teams present arguments against the implementation of the resolution. In a single round of debate competition, each person gives two speeches. The first speech each person gives is called a “constructive” speech, because it is the speech where each person constructs the basic arguments they will make throughout the debate. The second speech is called a “rebuttal”, because this is the speech were each person tries to rebut the arguments made by the other team, while using their own arguments to try to convince the judge to vote for their team. The Affirmative has to convince the judge to vote for a change, while the Negative has to convince the judge that the status quo is better than the hypothetical world in which the Affirmative's plan is implemented.

The American Topical Association (ATA) is a US-based philatelic society and the largest organization devoted to topical stamp collecting. It was established in 1949 in Milwaukee, Wisconsin by Jerome (Jerry) Husak. It currently serves members in over 60 countries. ATA publishes Topical Time, its bimonthly journal. It also publishes numerous handbooks and maintains many checklists listing hundreds of stamps by topic. The organization runs the National Topical Stamp Show as well as supporting 50+ study units on various topics and 40+ local chapters.

Topical or thematic stamp collecting is the collecting of postage stamps relating to a particular subject or concept. Topics can be almost anything, from stamps on stamps, birds, trains and poets on stamps, to famous physicians and scientists, along with historical people and events on stamps, which is often a standard theme for many stamp issuing countries.

A Christmas stamp is a postage stamp with a Christmas theme, intended for use on seasonal mail such as Christmas cards. Many countries of the world issue such stamps, which are regular postage stamps and are usually valid for postage year-round. They usually go on sale some time between early October and early December, and are printed in considerable quantities.

Inventio, one of the five canons of rhetoric, is the method used for the discovery of arguments in Western rhetoric and comes from the Latin word, meaning "invention" or "discovery". Inventio is the central, indispensable canon of rhetoric, and traditionally means a systematic search for arguments.

Many countries have featured insects on stamps. Insect related topics such as the mosquito eradication programme of the 1960s as well as graphic designs based on insects have also appeared. Many stamps also feature butterflies.

In the formal speech competition genre known as policy debate, a widely accepted doctrine or "debate theory" divides the argument elements of supporting the resolution affirmative into five subtopical issues, called the stock issues. Stock issues are sometime referred to as on-case arguments or simply on-case or case arguments as opposed off-case arguments.

In debate, which is a form of argument competition, a case, sometimes known as plan, is a textual advocacy presented, in form of speech, by the Pro team as a normative or "should" statement; it is generally presented in the First Pro Constructive (1AC). A case will often include either the resolution or a rephrasing of it.

Topix is an American Internet media company. Topix LLC, the controlling company, has its headquarters in Palo Alto, California.

Timbres magazine is a French monthly magazine about philately and stamp collecting. It was established in 2000 by the merger of three previous publications: Timbroscopie and Timbroloisirs, both from the philatelic publisher Timbropresse, and Le Monde des philatélistes, from the Le Monde group.

SDTM defines a standard structure for human clinical trial (study) data tabulations and for nonclinical study data tabulations that are to be submitted as part of a product application to a regulatory authority such as the United States Food and Drug Administration (FDA). The Submission Data Standards team of Clinical Data Interchange Standards Consortium (CDISC) defines SDTM.

Mary Ann Aspinwall Owens, of New York City, was an advocate of thematic collecting of postage stamps, such as collecting stamps showing birds, butterflies, ships, famous art, and so on. She was successful in her effort to officially help introduce thematic collecting into national and international philatelic exhibitions. 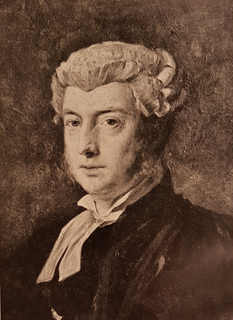 The Sylvan Debating Club is a free speech society in which topical issues are discussed. Founded in London in 1868, it meets monthly and employs a traditional motion-based debating format.