Toppers Pizza is a chain of pizza restaurants in the United States. The company was founded by Scott Gittrich in 1991 in Champaign, Illinois. In 1993 the first Toppers Pizza location in Wisconsin opened in Whitewater, Wisconsin, where the company is headquartered today. [1] The first franchise store opened in Eau Claire, WI in 1997. [2]

There are Toppers Pizza franchises throughout the United States. The chain includes both company-owned locations and franchise stores. It has more than 65 locations in the states of Indiana, Illinois, Minnesota, North Carolina, Ohio, Kentucky, Nebraska, Michigan, Texas, Virginia, Wisconsin and Wyoming. [3] The chain's target market is college-aged students and other customers between 18 and 34 years old. [4] [5] [1] As part of its targeting of college students, most of the chain's stores remain open until 3:00 a.m. or later to accommodate late-night business. [1] [6] As of March 7, 2017, it was reported that all Toppers Pizza locations in Illinois closed as part of a restructuring. [7]

Toppers founder Scott Gittrich entered the pizza business in 1984 when he was a college student at the University of Illinois and took a job as a Domino's Pizza delivery driver. He rose through the company, serving as director of operations for a group of 22 franchise locations in Charlotte, North Carolina, when he left in 1991 to start his own pizza business. [6]

In the late 1990s, the company resolved legal challenges to the use of its name and "Toppers" is a registered trademark of the company. The company name is intended to convey its reputation for numerous and unusual pizza toppings.

In 2013, the business was named as one of Nation's Restaurant News' 50 Breakout Chains for 2013, was ranked by Entrepreneur magazine as one of the top 500 franchises in the United States and was ranked at #58 of the top 100 pizza companies by Pizza Today. [8] [9] 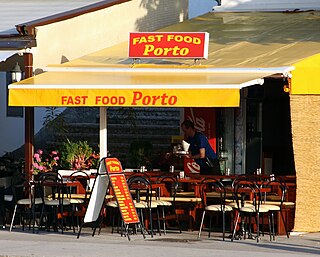 Domino's Pizza, Inc., branded as Domino's, is an American multinational pizza restaurant chain founded in 1960. The corporation is Delaware domiciled and headquartered at the Domino's Farms Office Park in Ann Arbor, Michigan. 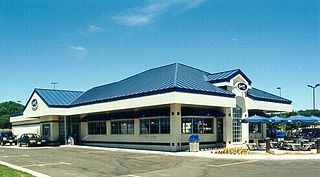 Culver Franchising System, LLC, doing business as Culver's, is a privately owned and operated American casual fast food restaurant chain that operates primarily in the Midwestern United States. The chain is mostly known for its "Butterburgers" and frozen custard, but also offers cheese curds, chicken, fish, and salads. Culver's opened its first restaurant in 1984 in Sauk City, Wisconsin, and is currently headquartered in Prairie du Sac, Wisconsin. As of October 10, 2020, the chain had 792 restaurants in 25 states, mostly in the Midwest, with an additional 23 under construction. 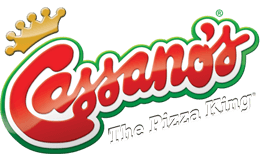 Cassano's Pizza King, currently operating under the brand Cassano's, is a pizzeria chain based in Kettering, Ohio, a suburb of Dayton. Established on June 4, 1953, by the Kettering grocer Victor "Vic" J. Cassano, Sr. and his mother-in-law Caroline "Mom" Donisi, the company currently (2005) operates 34 Cassano's Pizza King restaurants in the Dayton area, and has three other western Ohio franchises, plus a franchise in Quincy, Illinois, and another in Hannibal, Missouri. The company also operates dozens of Cassano's Pizza Express kiosks in gas stations, convenience stores and hotels, and sells frozen pizza dough under the name Cassano's Fresh Frozen Dough Company.

Biggby Coffee is an American coffeehouse chain based in Lansing, Michigan, United States. It was founded in 1995 in the city of East Lansing, Michigan by Bob Fish and Mary Roszel as Beaner's Coffee. By the end of the 1990s, the company had three locations in Lansing, and began to expand during the 21st century by means of franchising. In 2007 and 2008, the chain was officially renamed Biggby Coffee due to corporate concerns over the meaning of the word "beaner"; the name Biggby was derived from the letter B in the company's logo. As of 2019, the chain has expanded to over 230 locations throughout the United States.

Rocky Rococo Pizza and Pasta is a chain of North American restaurants that specializes in pan-style pizza sold by the slice. It was founded in Madison, Wisconsin, in 1974 by a pair of college students who took the name from a character invented in 1969 by the Firesign Theatre. The Firesign Theatre claimed ownership of the name and threatened legal action in 1985, but according to legal precedent set by a similar case in Austin, Texas, they had weakened their case for copyright infringement in a 1975 visit to the first Rocky Rococo store, when they gave the owners autographed pictures, which implied their approval of the name use. The chain grew as large as 120 stores in 1986, and the owners sold the franchise rights to another partner and group of investors in 1988. Today there are still 40 locations in the Midwest. 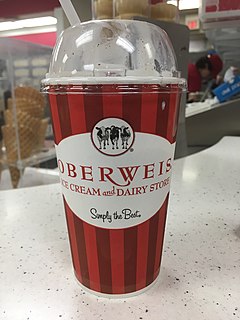 Oberweis Dairy, headquartered in North Aurora, Illinois, is the parent company of several dairy-related and fast food restaurant operations in the midwest region of the United States. Its businesses include a home delivery service available in parts of Illinois, Indiana, Missouri, Michigan, North Carolina, and Wisconsin, which delivers traditional dairy products, including milk, ice cream, cheese, and yogurt, as well as bacon and seasonal products.

Vocelli Pizza is a pizzeria based in Pittsburgh, Pennsylvania. As of 2008, the chain has stores in the District of Columbia, Florida, Maryland, North Carolina, Ohio, Pennsylvania, South Carolina, Virginia, and West Virginia. The trade magazine Pizza Today ranked Vocelli Pizza in their Top 100 pizza franchises for 2007, based on its 2006 sales of $55 million.

Marco's Pizza, operated by Marco's Franchising, LLC, is an American restaurant chain and interstate franchise based in Toledo, Ohio, that specializes in Italian-American cuisine. The first store was opened in Oregon, Ohio on Starr Ave. It was founded by Italian immigrant Pasquale "Pat" Giammarco in 1978.

Tubby's is an American restaurant chain and franchise based in Clinton Township, Michigan, a suburb of Detroit, Michigan. Founded in 1968 in nearby St. Clair Shores, the chain operates more than 70 stores throughout Michigan, primarily in the Detroit metropolitan area. The chain primarily serves submarine sandwiches and salads, along with soft drinks, french fries and soup, and is known for its grilled subs.

Pie Five Pizza is an American fast casual restaurant chain specializing in personal pizza. The brand is owned by Rave Restaurant Group, which also owns Pizza Inn. As of November 2019, Pie Five had over 56 restaurants. As of August 2020, they were in the following states: Arkansas, California, Delaware, Florida, Illinois, Iowa, Kansas, Kentucky, Mississippi, Missouri, Oklahoma, Oregon, and Texas.

Jet's America, Inc. is an American pizza franchise restaurant. It was founded in 1978 in the Detroit suburb of Sterling Heights, and operates primarily in the state of Michigan.

MOD Pizza is a fast casual pizza restaurant chain based in the United States. Founded in Seattle, Washington, in 2008, MOD has more than 460 locations as of September 2020 in the United States and United Kingdom. MOD is a company that is claimed by its owners to be "more about the people than the pizza" and to focus on paying living wages and providing employees with opportunities to give back to the community.

Pizza Factory Inc. is a chain of pizza restaurants in the western United States, based in Oakhurst, California. The company began in 1979, when Danny Wheeler and his wife Carol opened Danny's Red Devil Pizza in Oakhurst. Ron Willey and his wife Joyce subsequently opened a second location in 1981, known as Pizza Factory.