Topstars is a Dutch adaptation of Belgian children's soap Spring about a rock band rehearsing at the dance school of the same name. Both versions are produced by Studio 100. Starting out on October 26, 2004, Topstars ran for three seasons on channel Z@PP.

In January 2007 Topstars was discontinued, although the storylines for the fourth season were already written.

The Rat Race is a 1960 American drama film adapted from the play of the same name by Garson Kanin. Directed by Robert Mulligan, it stars Tony Curtis and Debbie Reynolds as struggling young entertainment professionals in New York City. Filming took place in Pittsburgh, Pennsylvania. Sam Butera and Gerry Mulligan have minor roles as saxophonists.

The Adventures of Shirley Holmes is a Canadian mystery TV series that originally aired from May 7, 1996 to May 7, 2001. The show was created by Ellis Iddon and Phil Meagher who had produced a successful series of books with Harper Collins, teaming up with Credo and Forefront to develop the TV series. Filmed in Winnipeg, Manitoba, the series follows the life of Shirley Holmes, the great-great-niece of Sherlock Holmes who, with the help of ex-gang member Bo Sawchuk, tackles a variety of mysteries in and around the fictional city of Redington, Manitoba. On some occasions, she found herself matching wits with nemesis Molly Hardy. 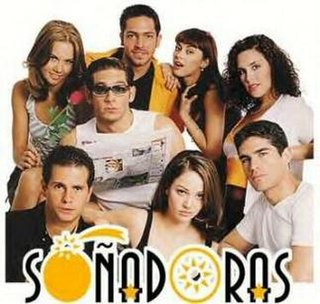 Soñadoras, is a Mexican telenovela produced and created by Emilio Larrosa with Rocio Taboada and Braulio Pedraza for Televisa in 1998.

"Dance of the Dead" is the third episode of the first season of Masters of Horror. It originally aired in North America on 11 November 2005. Richard Christian Matheson adapted the episode from a short story of the same name by his father, Richard Matheson. Smashing Pumpkins frontman Billy Corgan scored this episode. 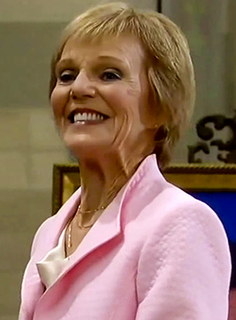 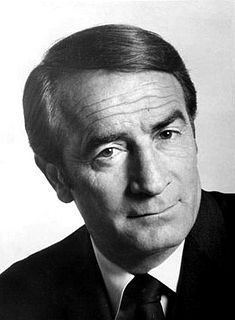 Steve Hardy is a fictional character from the ABC soap opera General Hospital. Former Major League Baseball infielder John Beradino originated the role of Steve Hardy on the show's April 1, 1963, premiere, portraying the character for 33 years until taken ill and last appearing on April 23, 1996. A leading presence on the series in over 4,300 episodes, Beradino received a star on the Hollywood Walk of Fame in 1993, the same year GH celebrated its 30th anniversary. Jason Thompson portrayed the character in a flashback episode for the show's 52nd anniversary. 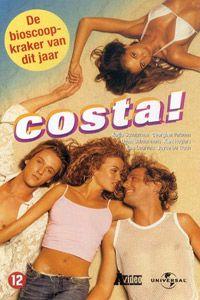 Costa! is a 2001 Dutch film from BNN. It was the first movie that used several famous Dutch soap stars. Other movies that used soap actors, were Volle maan and Honeyz. The television series with the same title was based on the movie. It had the same cast members. Both the TV show and the movie were located in Salou.

Thuis is a Belgian television soap opera, which airs on één, which is in the hands of VRT, the national broadcasting channel of the Dutch-speaking region of Belgium, Flanders.

Girls' Dormitory is a 1936 American romance film directed by Irving Cummings based upon the play "Mature" by Ladislas Fodor, and adapted for the screen by Gene Markey.

What's Your Number? is a 2011 American romantic comedy film directed by Mark Mylod and starring Anna Faris and Chris Evans. Written by Gabrielle Allan and Jennifer Crittenden, it is based on Karyn Bosnak's book 20 Times a Lady. The film was released on September 30, 2011.

"Tomorrowland" is the thirteenth and final episode of the fourth season of the American television drama series Mad Men, and the 52nd overall episode of the series. It aired on the AMC channel in the United States on October 17, 2010. It was written by Jonathan Igla and Matthew Weiner and directed by Matthew Weiner.

"The One After 'I Do'" is the first episode of Friends' eight season. It first aired on the NBC network in the United States on September 27, 2001. 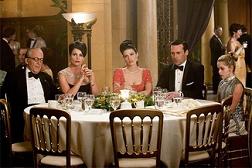 "At the Codfish Ball" is the seventh episode of the fifth season of the American television drama series Mad Men and the 59th episode of the series overall. It is named after the 1936 popular song of the same name by Lew Pollack and Sidney Mitchell. The episode was written by Jonathan Igla and directed by Michael Uppendahl. It originally aired on the AMC channel in the United States on April 29, 2012. This episode takes place from late September to early October 1966.

Familie is a Flemish television soap opera set in Mechelen. Created by Herman Verbaet, Familie was first broadcast on 30 December 1991. It has been broadcast consistently for 5-6 evenings per week, with only 2-3 month hiatuses during summer. It is currently being produced by Zodiak Belgium and running on VTM.

Goudkust is a Dutch televisies series, which was broadcast by SBS 6. When SBS 6 was not happy about the results of the series, it sold the series to FOX 8. When FOX in 2001 sold FOX 8 to SBS Broadcasting the series was aired on NET 5, where the series stopped, something that SBS 6 did two years earlier.