Tor Arne (born 1934) is a Finnish painter. [1] His paintings are often something between abstract and landscape art. [2]

A centaur, or occasionally hippocentaur, is a creature from Greek mythology with the upper body of a human and the lower body and legs of a horse. Centaurs are thought of in many Greek myths as being as wild as untamed horses, and were said to have inhabited the region of Magnesia and Mount Pelion in Thessaly, the Foloi oak forest in Elis, and the Malean peninsula in southern Laconia. Centaurs are subsequently featured in Roman mythology, and were familiar figures in the medieval bestiary. They remain a staple of modern fantastic literature.

Raleigh is the capital of the state of North Carolina and the seat of Wake County in the United States. Raleigh is known as the "City of Oaks" for its many oak trees, which line the streets in the heart of the city. The city covers a land area of 147.6 square miles (382 km2). The U.S. Census Bureau estimated the city's population as 474,069 as of July 1, 2019. It is one of the fastest-growing cities in the country. The city of Raleigh is named after Walter Raleigh, who established the lost Roanoke Colony in present-day Dare County.

Madison is a town in the southeastern corner of New Haven County, Connecticut, United States, occupying a central location on Connecticut's Long Island Sound shoreline. The population was 18,269 at the 2010 census. 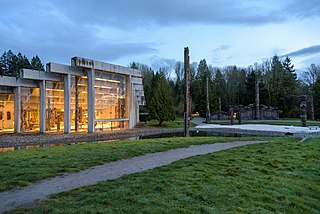 George Wesley Bellows was an American realist painter, known for his bold depictions of urban life in New York City. He became, according to the Columbus Museum of Art, "the most acclaimed American artist of his generation". 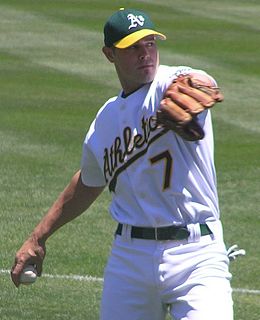 Robert Edward Crosby is an American former professional baseball infielder and current coach. He played in Major League Baseball for the Oakland Athletics, Pittsburgh Pirates, and Arizona Diamondbacks. The son of former major league infielder Ed Crosby, he batted and threw right-handed. He was Rookie of the Year in 2004.

The term Soviet Nonconformist Art refers to Soviet art produced in the former Soviet Union from 1953 to 1986 outside of the rubric of Socialist Realism. Other terms used to refer to this phenomenon are "underground art" or "unofficial art".

The British School at Rome (BSR) is an interdisciplinary research centre supporting the arts, humanities and architecture. 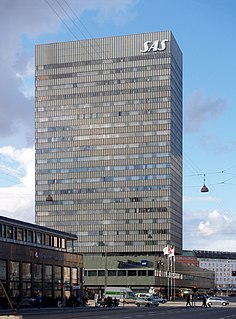 The Radisson Collection Hotel, Royal Copenhagen is a historic hotel in Copenhagen, Denmark.

Vatican City, a quarter of a square mile (0.44 km2) in area, is a popular destination for tourists, especially Catholics wishing to see the Pope or to celebrate their faith. The main tourist attractions in Vatican City are focused in religious tourism and city tourism, including the visit to the Basilica of St. Peter, Saint Peter's Square, the Vatican Museums, the Sistine Chapel, and the Raphael Rooms.

The Bronx Museum of the Arts (BxMA), also called the Bronx Museum of Art or simply the Bronx Museum, is an American cultural institution located in Concourse, Bronx, New York City. The museum focuses on contemporary and 20th-century works created by American artists, but it has hosted exhibitions of art and design from Latin America, Africa, and Asia. Its permanent collection consists of more than 800 paintings, sculptures, photographs, and works on paper. The museum is part of the Grand Concourse Historic District.

Nanna Hänninen is a photographic artist who has worked as a professional since 1998. She lives and works in Kuopio, Finland.

Marko Vuokola is a Finnish conceptual artist. He lives and works in Helsinki, Finland.

Ruth Helena Anhava was a prolific Finnish poet, author and translator. Her translations include novels, plays, lyrics and dozens of auditions.