Torgrim Sommerfeldt (born 26 June 1989) is a Norwegian basketball player. He played collegiate for the Manhattan Jaspers and is a professional player since 2012.

Last.fm is a music website founded in the United Kingdom in 2002. Using a music recommender system called "Audioscrobbler", Last.fm builds a detailed profile of each user's musical taste by recording details of the tracks the user listens to, either from Internet radio stations, or the user's computer or many portable music devices. This information is transferred ("scrobbled") to Last.fm's database either via the music player itself or via a plug-in installed into the user's music player. The data is then displayed on the user's profile page and compiled to create reference pages for individual artists.

Jose Parica is a Filipino professional pool player from Manila, nicknamed "Amang" and "the Giant Killer." As a Philippine Hall of Famer, he was a part of the "Filipino invasion" in the United States, especially in the game of nine-ball.

This page lists all tennis players who have won at least 30 top-level professional tournament titles since the Open Era began in 1968. 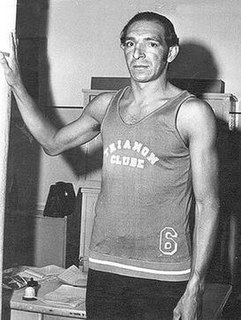 Ubiratan "Bira" Pereira Maciel, commonly known as Bira Maciel, or simply Bira, was a professional basketball player from Brazil. He was born in São Paulo, Brazil. At a height of 1.99 m tall, he played at the center position. He is often regarded as the best Brazilian center of all time. He was nicknamed "O Rei". 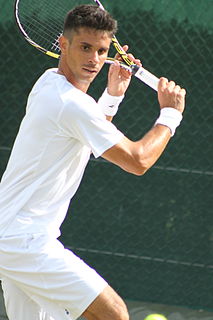 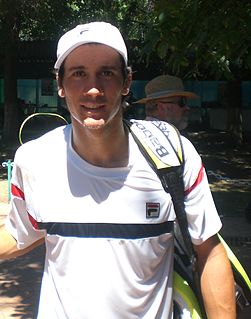 Facundo Bagnis is an Argentine professional tennis player. He has won 1 ATP doubles event at Stuttgart and 4 Challengers in singles, achieving a career-high singles ranking of World No. 55 in November 2016. 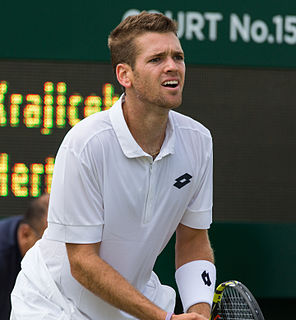 For the 2019 Davis Cup Finals, the 18 participating nations had to submit its team nominations to the International Tennis Federation (ITF) by 29 October 2019, 20 days before the Monday of the week of the event. Teams could nominate up to 5 players, or up to 4 additional players if the captain is also listed as a player. A maximum of 3 nominated players may be changed by 11:00 CET on 17 November 2019, the day before the first round robin match. In the event that a player on the submitted team list suffered an injury or illness prior to the start of the tournament, that player could be replaced, provided that the tournament's Independent Doctor and Referee both confirmed that the injury or illness is severe enough to prevent the player's participation in the tournament, with final discretion resting with the Davis Cup Committee. Team nominations were announced by the ITF on 21 October 2019.