Toros de Aragua is a Venezuelan professional basketball club based in Aragua. The club competes in the Liga Profesional de Baloncesto (LPB).

- Set a club record or won an individual award as a professional player. - Played at least one official international match for his senior national team at any time.

Aragua State is located in the north-central region of Venezuela. It has plains and jungles and Caribbean beaches. The most popular are Cata and Choroni. It has Venezuela's first national park which is called Henri Pittier. The capital is Maracay, other important cities include Turmero and El Limón.

Maracay is a city in north-central Venezuela, near the Caribbean coast, and is the capital and most important city of the state of Aragua. Most of it falls under the jurisdiction of Girardot Municipality. The population of Maracay and its surroundings in the 2011 census was 955,362. In Venezuela, Maracay is known as "Ciudad Jardín".

The Leones del Caracas are a Venezuelan baseball team that currently plays in the Venezuelan Professional Baseball League. They have won 20 league championships. 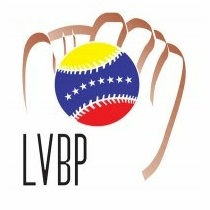 The Venezuelan Professional Baseball League or Liga Venezolana de Béisbol Profesional (LVBP) is the professional baseball league in Venezuela. The league's champion takes part in the Caribbean Series each year. 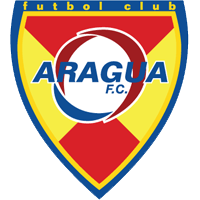 Aragua Fútbol Club is a Venezuelan football team based in the city of Maracay, in the state of Aragua. The club began its professional career playing in the Venezuelan Segunda División a year after the club was founded. Since 2005, Aragua plays in the Primera División Venezolana.

The Tigres de Aragua(English: Aragua Tigers) is a baseball team that plays in the Venezuelan Professional Baseball League and represents the state of Aragua.

Armando Rafael Maita Urbáez is a Venezuelan international footballer who plays professionally for Yaracuyanos as a striker.

José Rafael Romo Pérez is a Venezuelan professional footballer who plays as a striker for Cypriot First Division club AEK Larnaca. He previously played domestically for Llaneros, Deportivo Petare, ACD Lara and Aragua, in the Spanish Tercera División for Rayo Vallecano B, and for another Cypriot club, Olympiakos Nicosia. He represented Venezuela at under-20 level.

Edson Daniel Castillo García is a Venezuelan footballer who plays as a midfielder for Caracas.

The 2017 Copa Venezuela was the 48th edition of the competition. It began with the first round on 26 April and finished with the second leg of the final on 29 November 2017. The winner qualified to the 2018 Copa Sudamericana.

The 2018 Primera División season, officially Liga de Fútbol Profesional Venezolano or Liga FUTVE, was the 37th professional season of Venezuela's top-flight football league. Monagas were the defending champions, but did not qualify to the Serie Final, after being eliminated in the regular season of the Torneo Apertura and by Caracas in the quarter-finals of the Torneo Clausura.

The 2019 Primera División season, officially Liga de Fútbol Profesional Venezolano or Liga FUTVE, was the 38th professional season of Venezuela's top-flight football league. Zamora were the defending champions, but in the Torneo Apertura they were knocked out by Mineros in the quarter-finals and in the Torneo Clausura they failed to advance to the knockout stage. The champions were Caracas, who won the Torneo Clausura by defeating Deportivo Táchira in the final and then went on to beat Apertura winners Estudiantes de Mérida in the Serie Final on penalties to claim their twelfth league title.

The 2021 Primera División season, officially Liga de Fútbol Profesional Venezolano or Liga FUTVE, is the 65th season of the Venezuelan Primera División, the top-flight football league in Venezuela, and the 40th season since the start of the professional era. The season started on 11 April 2021, with Deportivo La Guaira as the defending champions.