Travis Elborough (born 1971, Worthing, Sussex, England) is the British author of The Bus We Loved: London's Affair With the AEC Routemaster (Granta Books, 2005); The Long-Player Goodbye: The Album From vinyl To iPod And Back Again (Sceptre 2008); and Wish You Were Here - England on Sea (Sceptre 2010) and A Walk in the Park (Jonathan Cape, 2016).

Worthing is a large seaside town in England, and district with borough status in West Sussex. It is situated at the foot of the South Downs, 10 miles (16 km) west of Brighton, and 18 miles (29 km) east of the county town of Chichester. With an estimated population of 104,600 and an area of 12.5 square miles (32.37 km2) the borough is the second largest component of the Brighton/Worthing/Littlehampton conurbation, which makes it part of the 15th most populous urban area in the United Kingdom. Since 2010 northern parts of the borough, including the Worthing Downland Estate, have formed part of the South Downs National Park. In April 2019, the Art Deco Worthing Pier was dubbed the best in Britain.

Sussex, from the Old English Sūþsēaxe, is a historic county in South East England corresponding roughly in area to the ancient Kingdom of Sussex. It is bounded to the west by Hampshire, north by Surrey, northeast by Kent, south by the English Channel, and divided for many purposes into the ceremonial counties of West Sussex and East Sussex. Brighton and Hove, though part of East Sussex, was made a unitary authority in 1997, and as such, is administered independently of the rest of East Sussex. Brighton and Hove was granted City status in 2000. Until then, Chichester was Sussex's only city.

The AEC Routemaster is a front-engined double-decker bus that was designed by London Transport and built by the Associated Equipment Company (AEC) and Park Royal Vehicles. The first prototype was completed in September 1954 and the last one was delivered in 1968. The layout of the vehicle was conventional for the time, with a half-cab, front-mounted engine and open rear platform, although the coach version was fitted with rear platform doors. Forward entrance vehicles with platform doors were also produced as was a unique front-entrance prototype with the engine mounted transversely at the rear.

He reviews for The Guardian , and has contributed to New Statesman , The Sunday Times , Zembla and The Oldie . Zembla was a literary and arts magazine published in London for eight issues between 2003 and 2005.

A phonograph record, often simply record, is an analog sound storage medium in the form of a flat disc with an inscribed, modulated spiral groove. The groove usually starts near the periphery and ends near the center of the disc. At first, the discs were commonly made from shellac; starting in the 1940s polyvinyl chloride became common. Since then, gradually, records made of any material began to be called vinyl records, or simply vinyl.

Dickon Edwards, also known as Dickon Angel, is a London-based indie pop musician and diarist. He was a founding member of the bands Orlando and Fosca, and briefly played guitar in the band Spearmint.

Paper Bag Records is a Canadian independent record label, artist-management company and music publisher, founded in 2002 and based in Toronto, Ontario.

Theo Travis is a British saxophonist, flautist and clarinetist. 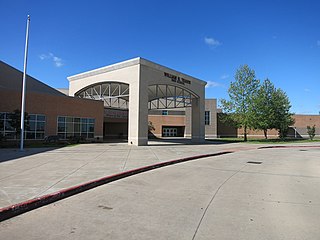 Maurice Riordan is an Irish poet, translator, and editor. 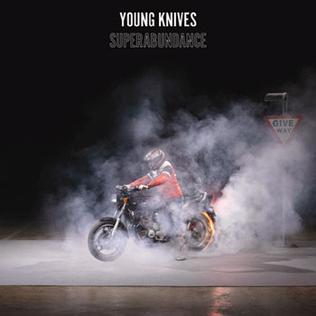 Superabundance is the second full-length album by Young Knives, released in the United Kingdom on 10 March 2008. The album reached number twenty-eight in the UK Album Charts.

Kosmo Vinyl was a longtime associate and sometime manager for The Clash, as well as being associated with Ian Dury & the Blockheads and The Jam, three seminal English bands of the 1970s and 1980s. He can be heard introducing The Clash at Shea Stadium on The Clash's live album, Live at Shea Stadium, as well as many bootlegged performances such as Kingston Advice. His impressionistic reading of one of character Travis Bickle's monologues from the film Taxi Driver can be heard on The Clash's "Red Angel Dragnet".

Akashic Books is a Brooklyn-based independent publisher. Akashic Books' collection began with Arthur Nersesian's The Fuck Up in 1997, and has since expanded to include Dennis Cooper's "Little House on the Bowery" series, Chris Abani's Black Goat poetry series, and the internationally successful "Noir" series, originating with Brooklyn Noir, since expanding to international titles such as "Delhi Noir" and "Havana Noir."

Cornucopia is a magazine about Turkish culture, art and history, published jointly in the United Kingdom and Turkey.

The Dublin Review is a quarterly magazine that publishes essays, reportage, autobiography, travel writing, criticism and fiction. It was launched in December 2000 by Brendan Barrington, who remains the editor and publisher, assisted by Nora Mahony and then Deanna Ortiz in 2013. An anthology of non-fiction pieces from the magazine, The Dublin Review Reader, appeared in 2007. The magazine has been noted for the range of its contributors, which includes new writers from Ireland and elsewhere. In his introduction to the Reader, Brendan Barrington wrote:

"If forced to articulate a governing idea behind the magazine, I might offer this: that the essay in its various guises is every bit as much an art form as the short story or poem, and ought to be treated as such."

Elborough may refer to: 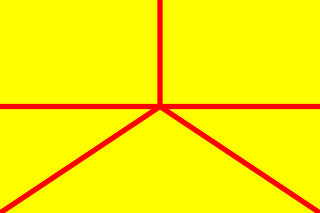 The Empire of Austenasia is a micronation and self-declared sovereign state based in the United Kingdom. Formed in 2008, it operates under the constitutional monarchy of its self-styled Emperor, Jonathan Austen, and comprises twenty four properties that have declared themselves independent under the leadership of a house in south London.

Rowan Hisayo Buchanan is an American and British writer. Her novels include Harmless Like You, which received a Betty Trask Award and the 2017 Author's Club First Novel Award, and Starling Days. She is the editor of Go Home!, an anthology of stories by Asian American writers.