The organization receives funding from car manufacturers, including Ford Motor Company and Toyota. [5]

A nonprofit organization (NPO), also known as a non-business entity, not-for-profit organization, or nonprofit institution, is an organization traditionally dedicated to furthering a particular social cause or advocating for a shared point of view. In economic terms, it is an organization using its surplus of the revenues to further achieve its ultimate objective, rather than distributing its income to the organization's shareholders, leaders, or members. Being public extensions of a nation's revenue department, nonprofits are tax-exempt or charitable, meaning they do not pay income tax on the money that they receive for their organization. They can operate in religious, scientific, research, or educational settings.

Public Citizen is a non-profit, liberal / progressive consumer rights advocacy group and think tank based in Washington, D.C., United States, with a branch in Austin, Texas.

The League of Conservation Voters (LCV) is an American environmental advocacy group. LCV says that it "advocates for sound environmental laws and policies, holds elected officials accountable for their votes and actions, and elects pro-environment candidates." The organization pursues its goals through voter education, voter mobilization, and direct contributions to political candidates. LCV includes 29 state affiliates. LCV was founded in 1970 by environmentalist Marion Edey, with support from David Brower. The group's current president is Gene Karpinski. It is headquartered in Washington, D.C. and has over two million members.

The Freecycle Network is a nonprofit organization registered in Arizona and as a charity in the United Kingdom. TFN coordinates a worldwide network of "gifting" groups to divert reusable goods from landfills. The network provides a worldwide online registry, organizing the creation of local groups and forums for individuals and nonprofits to offer free items for reuse or recycling and to promote a gift economy.

Common Dreams NewsCenter, often referred to simply as Common Dreams, is a 501(c)(3) nonprofit, U.S.-based, news website that declares itself as serving the progressive community. Common Dreams publishes news stories, editorials, and a newswire of current, breaking news. Common Dreams also re-publishes relevant content from numerous other sources such as the Associated Press and had published writers such as Robert Reich and Molly Ivins. The website also provides links to other relevant columnists, periodicals, radio outlets, news services, and websites.

Global Greengrants Fund is a charitable foundation that makes small grants to grassroots environmental causes around the world. These funds are used to support community-based groups outside the United States and Western Europe working on issues of environmental justice, sustainability, and conservation. Since its establishment in 1993, Global Greengrants Fund has made over 13,000 grants in 168 countries, giving a total of over $92 million. 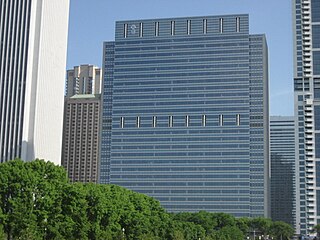 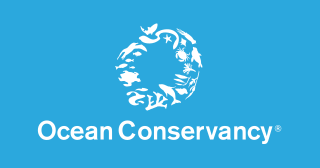 Ocean Conservancy is a nonprofit environmental advocacy group based in Washington, D.C., United States. The organization helps formulate ocean policy at the federal and state government levels based on peer reviewed science. 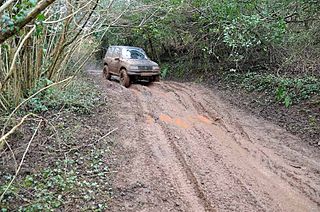 Trail ethics deals with ethics as it applies to the use of trails. It is similar to both environmental ethics and human rights in that it deals with the shared interaction of humans and nature. There are multiple agencies and groups that support and encourage ethical behavior on trails.

Star-K Kosher Certification, also known as the Vaad Hakashrut of Baltimore, is a kosher certification agency based in Baltimore, Maryland, under the administration of Rabbi Moshe Heinemann, with the involvement of many other rabbis. It is one of the largest Jewish dietary certification agencies in North America. It is trusted by many orthodox Jews worldwide for dedication to preserving Kashrut. The organization supervises tens of thousands of commercial food products and food establishments around the world.

The Environmental Law Alliance Worldwide (ELAW) is a public interest, nonprofit, environmental organization that helps communities protect the environment and public health through law. ELAW helps partners strengthen and enforce laws to protect themselves and their communities from toxic pollution and environmental degradation. ELAW provides legal and scientific tools and support that local advocates need to challenge environmental abuses.

BoardSource, formerly the National Center for Nonprofit Boards, is an American nonprofit organization founded in 1988. Its mission is "to inspire and support excellence in nonprofit governance and board and staff leadership."

ProCon.org is a non-profit charitable organization headquartered in Santa Monica, California in the United States. It operates the ProCon.org website, an online resource for research on controversial issues. The content of ProCon.org is produced by five staff researchers, and its stated mission is "Promoting critical thinking, education, and informed citizenship by presenting controversial issues in a straightforward, nonpartisan, primarily pro-con format."

The Ecology Center is a membership-based nonprofit environmental organization based in Ann Arbor, Michigan. It works at the local, state and national levels on environmental justice, health, waste, and community issues. It was formed after the first Earth Day in 1970 by community activists in Ann Arbor. Since its founding, it has run demonstrations and campaigns to promote recycling, health care, education, and awareness about healthy foods and products. 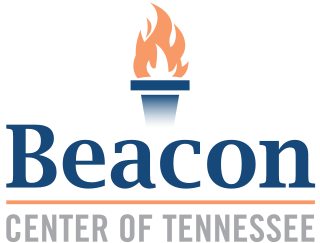 The Beacon Center of Tennessee, formerly the Tennessee Center for Policy Research (TCPR), is a non-profit free-market think tank based in Nashville, Tennessee. The organization's stated mission is to "empower Tennesseans to reclaim control of their lives, so that they can freely pursue their version of the American Dream." The Center's research areas include tax and economic policy, education policy, and healthcare policy. The organization is a member of the State Policy Network.

The Center for Media and Democracy (CMD) is a progressive nonprofit watchdog and advocacy organization based in Madison, Wisconsin. CMD publishes PR Watch, SourceWatch, and ALECexposed.org.