Trevor Williams (born Trevor Leslie Williams; 19 January 1945) is a bass guitarist, vocalist and lyricist known primarily for his work with Audience, British art rock band which ran from 1969–1972 and from 2004 -2013.

Williams was born in Hereford, Herefordshire. Beginning his musical career on lead guitar and accordion, he switched to bass in 1964, playing in numerous line-ups and backing chart artistes of the day such as Vince Taylor and Bert Weedon before joining soul band Lloyd Alexander Real Estate, which contained, or was associated with, the future members of Audience. When Audience folded, Williams went on to play sessions for numerous artistes, also joining The Nashville Teens and Jonathan Kelly's Outside before retiring from the music business in 1975 to pursue interests in animal welfare, ultimately founding The Fox Project, a wildlife charity.

Williams reformed Audience in 2004 with other co-founders Howard Werth and Keith Gemmell, plus new drummer John Fisher, who died in 2008 and was subsequently replaced by Simon Jeffrey. Audience finally folded in 2013 due to Gemmell's declining health and Williams' reluctance to continue with substitute musicians.

In 2009, Williams joined Blue Pulse, releasing, in May 2012, an album entitled Trams, largely featuring his own material. The band has also served as backing band for vintage UK rock star, Terry Dene. 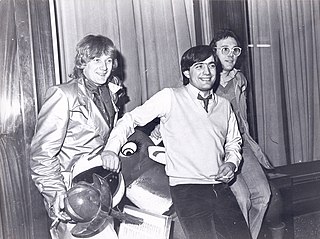 The Buggles were an English new wave band formed in London in 1977 by singer and bassist Trevor Horn and keyboardist Geoffrey Downes. They are best known for their 1979 debut single "Video Killed the Radio Star", which topped the UK Singles Chart and reached number one in 15 other countries. 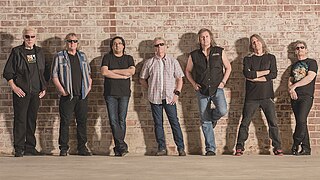 Trevor Charles Horn is an English bassist, singer, songwriter, music producer, and recording studio and label owner. He is best known for his production work since the 1980s and, before that, being one half of the new wave band the Buggles. Horn took up the bass guitar at an early age and taught himself the instrument and to sight-read music. In the 1970s, he worked as a session musician, built his own studio, and wrote and produced singles for various artists. 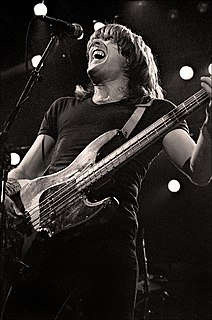 Clifford Williams is an English retired musician and singer, best known as the bassist and backing vocalist of the Australian hard rock band AC/DC from 1977 until his retirement in 2016. He started his professional music career in 1967 and had previously been in the English groups Home and Bandit. His first studio album with AC/DC was Powerage in 1978. Williams was inducted into the American Rock and Roll Hall of Fame as a member of AC/DC in 2003. His side projects include benefit concerts.

Mark Whitmore Evans is an Australian musician, currently bass guitarist for the Australian rock band Rose Tattoo, and also a member of hard rock band AC/DC from March 1975 to June 1977. His playing featured on their albums T.N.T, High Voltage, Dirty Deeds Done Dirt Cheap, Let There Be Rock and '74 Jailbreak. Evans has played for numerous other groups, sometimes on lead guitar, including Finch, Cheetah, Swanee, Heaven and The Party Boys. Evans' autobiography, Dirty Deeds: My Life Inside/Outside of AC/DC was released in December 2011. 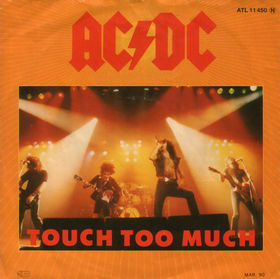 "Touch Too Much" is a song by the Australian hard rock band AC/DC. It was released on their 1979 album Highway to Hell, their last with lead vocalist Bon Scott, who died the following year. 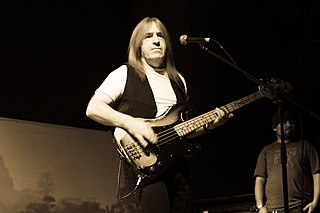 Trevor Bolder was an English rock musician, songwriter and record producer. He is best known for his long association with Uriah Heep and his tenure with The Spiders from Mars, the one-time backing band for David Bowie, although he also played alongside a variety of musicians from the early 1970s. 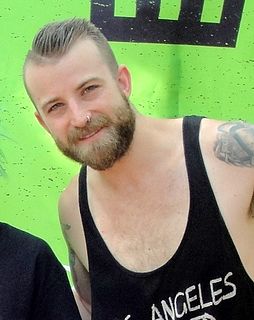 Jeremiah Clayton "Jeremy" Davis is an American musician and songwriter. He was the bassist for the rock band Paramore until his departure in December 2015, subsequently becoming inactive in the music industry. 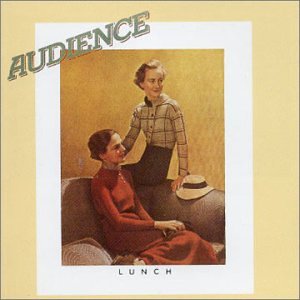 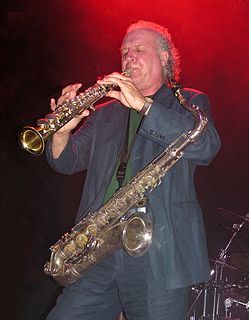 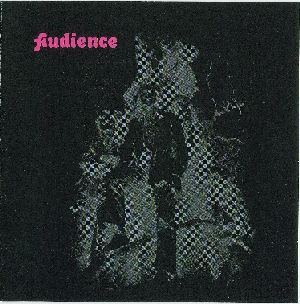 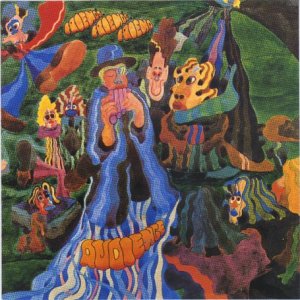 Friend's Friend's Friend is the second album by the British art rock band Audience, released in 1970. It was originally intended to be produced by Shel Talmy; however, he dropped out, leading the band to produce it themselves.

Prithibi is a Bengali rock band officially formed in Kolkata, India in the year 2005. But its original formation goes back to 2001 at Ashutosh College. Presently the band consists of Kaushik, Deep, Arunangshu (guitar) and Aniruddha, Deepayan, Debangshu (guitar). The band became more popular with audiences when they stood first runner up in a competition, Band-E-Mataram held in Kolkata by a music channel, Sangeet Bangla, record label Asha Audio and Sangbad Pratidin in 2005. 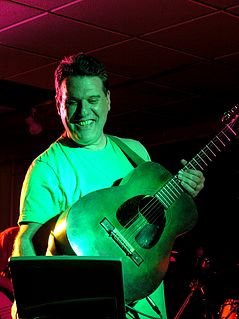