Trinity Transit was originally operated by the Human Response Network (HRN), which began service in 1988. Service was available to Hayfork, Douglas City, Lewiston, Weaverville and Junction City. After several months of operation, the service to Lewiston and Junction City were discontinued, leaving the Hayfork to Weaverville service, which included Douglas City. In March 2008, service was reinstated to Lewiston as a pilot program, along with two new routes to Trinity Center and Willow Creek. The route to Trinity Center was discontinued after Labor Day in 2009 due to poor ridership. After procuring buses through the American Recovery and Reinvestment Act of 2009, intercity service between Weaverville and Willow Creek was increased to three days per week initially and a route between Weaverville and Redding began. 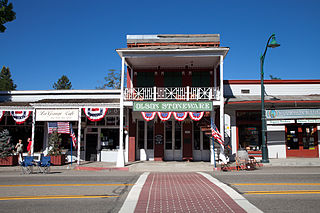 Trinity County is a county in northwestern California. Trinity County is rugged, mountainous, heavily forested, and lies along the Trinity River within the Salmon and Klamath Mountains. It is also one of three counties in California with no incorporated cities. 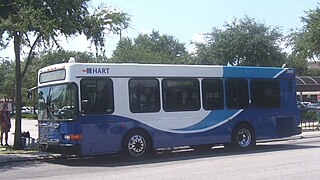 The Pioneer Valley Transit Authority (PVTA) oversees and coordinates public transportation in the Pioneer Valley of Western Massachusetts. Currently the PVTA offers fixed-route bus service as well as paratransit service for the elderly and disabled. The PVTA was created by Chapter 161B of the Massachusetts General Laws in 1974. It is based in Springfield, Massachusetts, serves Hampden and Hampshire counties, and provides connecting service to the FRTA in Franklin County. It is the largest regional transit authority, and second largest public transit system in Massachusetts after the Massachusetts Bay Transit Authority, providing service to over 11 million riders annually across 24 municipalities in the region, with about 70% of all riders using the system as their primary mode of transit. 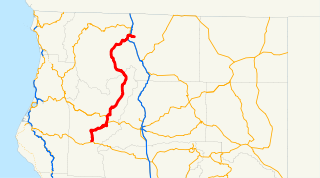 State Route 3 is a state highway in the U.S. state of California that serves Trinity and Siskiyou counties. It runs from SR 36 north along the shore of Trinity Lake, Fort Jones and Etna. The route then approaches Yreka, intersecting with Interstate 5 (I-5), and turns east to Montague. The road was numbered SR 3 in 1964, and most of it has been part of the state highway system since 1933.

The Detroit Department of Transportation is the public transportation operator of city bus service in Detroit, Michigan. In existence since 1922, it has headquarters in the Midtown section of Detroit and is a municipal department of the city government. DDOT partners with the Suburban Mobility Authority for Regional Transportation (SMART).

The Rochester-Genesee Regional Transportation Authority (RGRTA) is a New York State public-benefit corporation which provides transportation services in the eight-county area in and around Rochester, New York. Currently, RGRTA oversees the daily operation of eleven subsidiaries under the parent company of the RGRTA, including paratransit services.

The A&C Bus Corporation, also known as the Montgomery & Westside Independent Bus Owners Association, is an independent bus company headquartered in Jersey City, New Jersey. All buses operated by A&C are known for their solid red line on the side of the bus and the phrase "use the bus card on this bus" on the front of the bus. 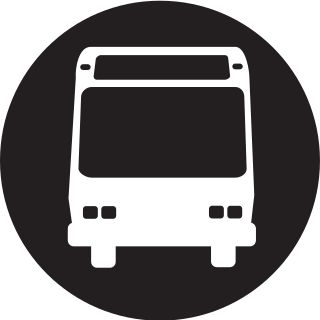 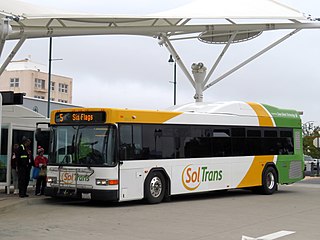 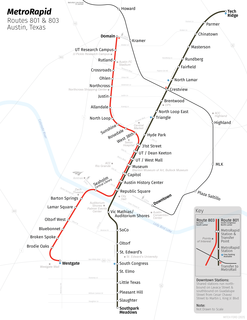 SEMTA Commuter Rail, also known as the Silver Streak, was a commuter train operated by the Southeastern Michigan Transportation Authority (SEMTA) and the Grand Trunk Western Railroad between Detroit and Pontiac, Michigan. It began in 1974 when SEMTA assumed control of the Grand Trunk's existing commuter trains over the route. SEMTA discontinued operations in 1983. Amtrak began offering intercity service between Detroit and Pontiac in 1994 as part of its Michigan Services.

The Oregon POINT is a four-route, intercity bus service of the Oregon Department of Transportation (ODOT). The service is administered by ODOT's Public Transportation Division as part of its intercity grant program. The POINT service exists to connect towns and rural communities with major transportation hubs and urban centers. ODOT accomplishes this by filling gaps in Oregon's long distance transit network where no public services exist and which would otherwise be unprofitable for private companies.

The Q99 bus route constituted a public transit line in Queens, New York City, running as a shuttle between the Jamaica Center–Parsons/Archer subway station and the 169th Street subway station. The route operated between 1989 and 1990 as a pilot route. The route was created as part of a settlement with the local Chamber of Commerce. Due to low ridership the route was discontinued. This route was operated under the New York City Transit brand.

BC Bus North is a public intercity bus service created by the Province of British Columbia after Greyhound Canada cancelled all services in British Columbia, leaving the Highway 16 and Highway 97 corridors without passenger transportation options. In its first month of operation, June 2018, the service saw 300 riders, while its second month saw an increase to 450 riders. While BC Transit does not operate BC Bus North or share branding, BC Bus North is listed as a public transit system by BC Transit.