Trisha Torrey is an American advocate of patient empowerment and patient advocacy. [2] [5]

Torrey became an activist after she was misdiagnosed with a rare form of cancer. [6] While scrutinizing her own medical records, she found an error and avoided unnecessary and potentially damaging and dangerous chemotherapy. [7] She founded the Alliance of Professional Health Advocates in 2009. [6] In 2009 she wrote the book You Bet Your Life which detailed strategies for patients in avoiding mistakes. [8] She advocates that patients empower themselves to get the healthcare they deserve, take steps to stay safe when they access care, especially in hospitals, and that they get a "full picture of a doctor's background", including where they went to medical school and their certifications and length of practice. [9]

Edwin Fuller Torrey, is an American psychiatrist and schizophrenia researcher. He is Associate Director of Research at the Stanley Medical Research Institute (SMRI) and founder of the Treatment Advocacy Center (TAC), a nonprofit organization whose principal activity is promoting the passage and implementation of outpatient commitment laws and civil commitment laws and standards in individual states that allow people diagnosed with mental illness to be forcibly committed and medicated easily throughout the United States.

Elizabeth Helen McCaughey, formerly known as Betsy McCaughey Ross, is an American politician who was the Lieutenant Governor of New York from 1995 to 1998, during the first term of Governor George Pataki. She unsuccessfully sought the Democratic Party nomination for governor after Pataki dropped her from his 1998 ticket, and she ended up on the ballot under the Liberal Party line. In August 2016 the Donald Trump presidential campaign announced that she had joined the campaign as an economic adviser.

A medical error is a preventable adverse effect of care ("iatrogenesis"), whether or not it is evident or harmful to the patient. This might include an inaccurate or incomplete diagnosis or treatment of a disease, injury, syndrome, behavior, infection, or other ailment. Globally, it is estimated that 142,000 people died in 2013 from adverse effects of medical treatment; this is an increase from 94,000 in 1990. However, a 2016 study of the number of deaths that were a result of medical error in the U.S. placed the yearly death rate in the U.S. alone at 251,454 deaths, which suggests that the 2013 global estimation may not be accurate.

Health advocacy or health activism encompasses direct service to the individual or family as well as activities that promote health and access to health care in communities and the larger public. Advocates support and promote the rights of the patient in the health care arena, help build capacity to improve community health and enhance health policy initiatives focused on available, safe and quality care. Health advocates are best suited to address the challenge of patient-centered care in our complex healthcare system. The Institute of Medicine (IOM) defines patient-centered care as: Health care that establishes a partnership among practitioners, patients, and their families to ensure that decisions respect patients’ wants, needs, and preferences and that patients have the education and support they need to make decisions and participate in their own care. Patient-centered care is also one of the overreaching goals of health advocacy, in addition to safer medical systems, and greater patient involvement in healthcare delivery and design.

Jessie Gruman was a social psychologist active in the movement to incorporate evidence into health care and to help consumers adopt healthier behaviors. Gruman was the founder and president of the Washington, DC-based Center for Advancing Health from 1992 to 2014. She was the author of the book AfterShock: What to Do When the Doctor Gives You — or Someone You Love — a Devastating Diagnosis. She lived in New York City.

HONOReform – is a patient advocacy organization that seeks to promote adherence to injection safety guidelines and increase governmental oversight of outpatient medical facilities. In addition to promoting lessons learned from outbreaks of hepatitis C, the organization advocates for a more compassionate response to large scale medical disasters.

Euthanasia will remain illegal in New Zealand until the End of Life Choices Act 2019 takes full effect in November 2021. It is also illegal to "aid and abet suicide" under Section 179 of the New Zealand Crimes Act 1961. The clauses of this act make it an offence to "incite, procure or counsel" and "aid and abet" someone else to commit suicide, regardless of whether a suicide attempt is made or not. Section 179 covers both assisted suicide and true suicide, such as that caused by bullying. This will not change under the End of Life Choices Act 2019, which has provisions on coercion of terminally ill people.

Rose Rehert Kushner was an American journalist and pioneering advocate for breast cancer patients. She wrote the 1975 book Why Me? What Every Woman Should Know About Breast Cancer to Save Her Life.

Medical-bill advocacy is the name generally attributed to the industry that has developed in response to a growing problem of erroneous charges on medical bills. According to the Medical Billing Advocates of America (MBAA), as many as 9 out of 10 bills from hospitals and medical providers include errors that may erroneously inflate the cost of actual healthcare received. 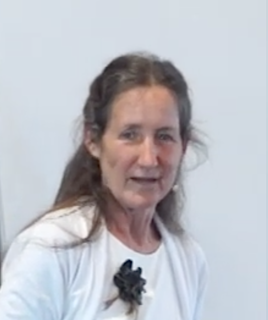 Barbara O'Neill is an Australian naturopath and lecturer on health issues who, in 2019, was banned for life by the New South Wales Health Care Complaints Commission (HCCC) from providing free or paid health services. The ban followed an HCCC investigation which found she lacked any health related qualifications, a degree, diploma, or membership in an accredited health organisation. It also found that she provided dangerous, unsupported health advice to vulnerable groups. This included advising parents to feed their infants raw goat milk or almond milk blended with dates or banana instead of formula, and recommending that cancer patients forgo chemotherapy in favour of baking soda wraps and dietary changes.

Susan M. Love is an American surgeon, a prominent advocate of preventive breast cancer research, and author. She is regarded as one of the most respected women’s health specialists in the United States. In 2012 Love announced that she was diagnosed with leukemia and would take a leave of absence to pursue chemotherapy treatment. After a successful treatment, Love returned to work the following year. 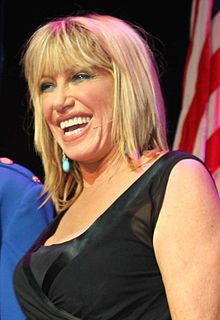 Suzanne Marie Somers is an American actress, author, singer, businesswoman, and health spokesperson. She appeared in the television role of Chrissy Snow on Three's Company and as Carol Foster Lambert on Step by Step.

Eric R. Braverman is an American physician. He is the medical director of PATH Medical and coordinator of clinical research for PATH Foundation NY, both of which are located in New York City. PATH has filed for bankruptcy in the United States Bankruptcy Court for the Southern District of New York.

Janet Liang was a prominent health advocate and activist who advocated for ethnic minorities in the United States to join the national marrow registry, the National Marrow Donor Program. In 2011, she was selected as one of Asian Pacific Americans for Progress's Unsung Heroes. In 2012, Liang won the City of Pleasanton's 2012 Juanita Haugen Community of Character Awards.

Leana Sheryle Wen is an American physician, an op-ed columnist with The Washington Post and a CNN medical analyst. She is a practicing physician, a former Health Commissioner for the City of Baltimore, and author of the book When Doctors Don't Listen: How to Avoid Misdiagnoses and Unnecessary Tests. Currently, she is a visiting professor of Health Policy and Management at the George Washington University, where she is a Distinguished Fellow in the Fitzhugh Mullan Institute for Health Workforce Equity. She is also a Nonresident Senior Fellow at the Brookings Institution.

Kate Miriam Granger was an English geriatrician and campaigner for better patient care. In 2011 she was diagnosed with desmoplastic small-round-cell tumor (DSRCT), a type of sarcoma, and subsequently started the "#hellomynameis" campaign encouraging healthcare staff to introduce themselves to patients. Granger also raised over £250,000 for local cancer charity, the Yorkshire Cancer Centre Appeal.

Farid T. Fata is a Lebanese-born former hematologist/oncologist and the admitted mastermind of one of the largest health care frauds in American history. He was the owner of Michigan Hematology-Oncology (MHO), one of the largest cancer practices in Michigan. He was arrested in 2013 on charges of prescribing chemotherapy to patients who were either perfectly healthy or whose condition did not warrant chemotherapy, then submitting $34 million in fraudulent charges to Medicare and private health insurance companies over a period of at least six years. He pleaded guilty in 2014 to charges of health care fraud, conspiring to pay and receive kickbacks, and money laundering. On July 10, 2015, he was sentenced to 45 years in federal prison.