Tristan Dyer is an American film director, stop-motion animator, and Iraq war veteran from Waldoboro, Maine. [1] He served in the U.S. Army for five years and spent one year at Camp Taji, Iraq with an Air Cavalry unit. After being honorably discharged from the Army in 2005, Dyer attended the Brooks Institute of Photography in Ventura, California where he earned a BA in Visual Journalism. [2] [3]

Dyer's film, "The Other Way Out", won the 2009 Best Animation award at New England Film.com film festival and, that same year, the film won an Alliance for Community Media award for best non-professional animation. A year later, he was awarded a fellowship with Operation In Their Boots, a production of Brave New Foundation, to make a film about Iraq/Afghanistan Veterans and substance abuse. [4] [5] [6] CNN listed Dyer on their July 5, 2010 Intriguing People list. [7]

Tristan currently lives in Ventura, CA with his wife, Ineke. [8]

The Other Way Out

"The Other Way Out" is the story of how one woman escaped a 15-year addiction to opiates. Narrated by herself, she recalls the experience of her addiction and the use of a controversial method of recovery called Ibogaine, which is illegal in the United States. Her tale is illustrated through stop-motion animation and time-lapse photography. [9]

"Enduring Erebus" uses stop-motion animation to delve into the psyche of abuse and recovery in U.S. combat veterans who served in Iraq and Afghanistan. Veterans whose self-medication with drugs and alcohol has spiraled out of control narrate the film. [10] [11]

Enduring Erebus premiered on November 9, 2010, at the Downtown Independent in Los Angeles, California along with the four other Operation In Their Boots documentaries. All five films are currently online. [12]

DreamWorks Animation LLC is an American animation studio that produces animated films and television programs and is a subsidiary of Universal Pictures, a division of NBCUniversal, which is itself a division of Comcast. The studio has released 41 feature films as of July 2021, including several of the highest-grossing animated films of all time, with Shrek 2 (2004) having been the highest at the time of its release. The studio's first film, Antz, was released on October 2, 1998 and its latest film was The Boss Baby: Family Business, which was released on July 2, 2021; their upcoming slate of films include The Bad Guys on April 22, 2022, Puss in Boots: The Last Wish on September 23, 2022, and Trolls 3 on November 17, 2023. Additionally, three untitled films are scheduled to be released on April 7, 2023, February 9, 2024, and September 27, 2024.

The proposed invasion of Afghanistan prompted protests with mass demonstrations in the days leading up to the war's official launch on October 7, 2001, the continuations of the war in Afghanistan has lead many to further protest and voice their opposition to hostilities.

3rd Battalion 1st Marines (3/1) is an infantry battalion in the United States Marine Corps based out of Camp Horno on Marine Corps Base Camp Pendleton, California. Nicknamed the "Thundering Third", the battalion consists of approximately 1,220 Marines and Sailors and falls under the command of the 1st Marine Regiment and the 1st Marine Division.

The 18th AAF Base Unit, originally known as the First Motion Picture Unit, Army Air Forces, was the primary film production unit of the U.S. Army Air Forces (AAF) during World War II, and was the first military unit made up entirely of professionals from the film industry. It produced more than 400 propaganda and training films, which were notable for being informative as well as entertaining. Films for which the unit is known include Resisting Enemy Interrogation, Memphis Belle: A Story of a Flying Fortress and The Last Bomb—all of which were released in theatres. Veteran actors such as Clark Gable, William Holden, Clayton Moore, Ronald Reagan, and DeForest Kelley, and directors such as John Sturges served with the 18th AAF Base Unit. The unit also produced training films and trained combat cameramen.

3rd Battalion 8th Marines (3/8) was an infantry battalion in the United States Marine Corps based out of Marine Corps Base Camp Lejeune, North Carolina, consisting of approximately 1,100 Marines and Sailors. The battalion fell under the command of the 8th Marine Regiment and the 2nd Marine Division.

Combat Logistics Battalion 5 (CLB-5) is a logistics battalion of the United States Marine Corps. CLB-5 is a subordinate battalion to Combat Logistics Regiment 1 and the 1st Marine Logistics Group. The unit is based out of the Marine Corps Base Camp Pendleton, California. The battalion nickname is "Traveller", named after the 16-hand grey American Saddlebred horse ridden into battle by General Robert E. Lee during the American Civil War. The unit slogan is "Success Is Not An Accident." 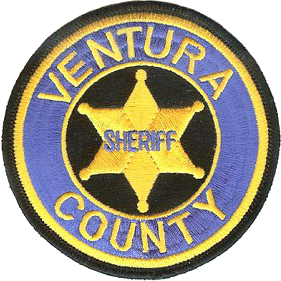 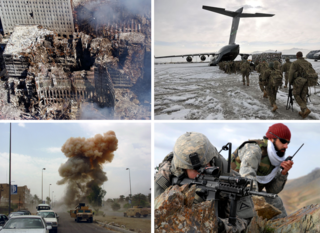 The Global War on Terrorism (GWOT), popularly known as the war on terror, is the term that refers to an ongoing international military campaign launched by the United States government following the September 11 attacks. The targets of the campaign are primarily extremist groups located throughout the Muslim world, with the most prominent groups being al-Qaeda, as well as the Islamic State and their various franchise groups. The naming of the campaign uses a metaphor of war to refer to a variety of actions that do not constitute a specific war as traditionally defined. 43rd President of the United States George W. Bush first used the term "war on terrorism" on 16 September 2001, and then "war on terror" a few days later in a formal speech to Congress. In the latter speech, President Bush stated, "Our enemy is a radical network of terrorists and every government that supports them." The term was originally used with a particular focus on countries associated with al-Qaeda. The term was immediately criticized by people such as Richard B. Myers, Chairman of the Joint Chiefs of Staff, and more nuanced terms subsequently came to be used by the Bush administration to publicly define the international campaign led by the United States. While it was never used as a formal designation of U.S. operations in internal government documentation, a Global War on Terrorism Service Medal was issued.

The Oil Factor, alternatively known as Behind the War on Terror, is a 2004 movie written and directed by Gerard Ungerman and Audrey Brohy, narrated by Ed Asner. The documentary analyzes the development of some global events since the beginning of the century from the perspective of oil and oil-abundant regions.

The Hurt Locker is a 2008 American war thriller film directed by Kathryn Bigelow and written by Mark Boal. It stars Jeremy Renner, Anthony Mackie, Brian Geraghty, Christian Camargo, Ralph Fiennes, David Morse, and Guy Pearce. The film follows an Iraq War Explosive Ordnance Disposal team who are targeted by insurgents and shows their psychological reactions to the stress of combat. Boal drew on his experience during embedded access to write the screenplay.

David Gregory Bellavia is a former United States Army soldier who was awarded the Medal of Honor for his actions during the Second Battle of Fallujah. Bellavia has also received the Bronze Star Medal, two Army Commendation Medals, two Army Achievement Medals and the New York State Conspicuous Service Cross. In 2005, Bellavia was inducted into the New York Veterans' Hall of Fame. He has subsequently been involved with politics in Western New York State. Upon being awarded the Medal of Honor on June 25, 2019, Bellavia became the first, and currently only living recipient of the Medal of Honor for service during the Iraq War.

In Their Boots is a documentary series about the impact the War in Iraq and the War in Afghanistan are having on people at home in the United States. Every episode features a documentary about how the servicemen and women of the American armed forces, their families, and American communities have been changed by the nation's campaigns in Iraq and Afghanistan. The show has covered issues such as the effects of deployment, post-traumatic stress disorder, traumatic brain injury, recovery from physical injury, military widows, partners of gays in the military, homelessness, women in the military, and sexual assault in the military. In 2010, In Their Boots launched Operation In Their Boots, which gave 5 combat veterans the opportunity to produce and direct their own documentaries. 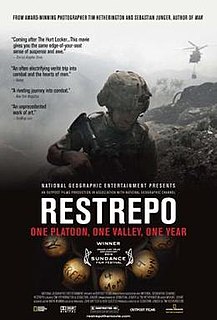 The Northwood Gratitude and Honor Memorial is a memorial in Irvine, California, to American troops who lost their lives in the wars in Iraq and Afghanistan. The names on the memorial come from US DoD casualty records for Operation Enduring Freedom, Operation Iraqi Freedom, and Operation New Dawn. Located at Northwood Community Park, on the corner of Yale and Bryan in Northwood, Irvine, California, it is the only known memorial in the United States dedicated to listing by name all American service men and women killed in the conflicts in Afghanistan and Iraq. Local community members assembled annually from 2003 through 2010 to erect a temporary memorial in the park, hold public ceremonies on Memorial Day, July 5, September 11, Veterans Day and conduct nightly candlelight vigils throughout each June and early July. A permanent memorial was built as a joint community and city project in the same location as the temporary memorial as part of the 14-acre (57,000 m2) community park. It was dedicated in a ceremony on November 14, 2010.

Operation In Their Boots (OITB) is a film fellowship launched by the In Their Boots division of Brave New Foundation. The OITB program, led by executive producer Richard Ray Perez, provided five Iraq and Afghanistan veterans with the opportunity to write, produce, and direct their own documentaries about veterans. The film fellowships were fully funded and each participant was provided with a budget to make their film, as well as a stipend for their work. In addition, they were supported by the professional production team at In Their Boots.

Chris Mandia is an American playwright, screenwriter, film director, and Iraq War veteran from San Pedro, California. He was a U.S. Marine infantryman and served two combat tours in Iraq, including the battle for Fallujah. Mandia has won numerous awards for his work and received a Jack Nicholson scholarship to attend the MFA program at the University of Southern California’s film school. In 2010, he received an Operation In Their Boots fellowship and “Get Some,” a film he authored, was a Cannes Film Festival selection. In 2012 he co-wrote the multimedia physical theatre piece, Trajectories: Transformations with Meron Langsner for Evet Arts. The piece was based on interviews with servicemen from the Iraq and Afghanistan wars and was performed in Boston and Chicago.

Leroy Arthur Petry is a now-retired, former career United States Army soldier. He received the U.S. military's highest decoration, the Medal of Honor, for his actions in Afghanistan in 2008 during Operation Enduring Freedom.