Pushkinskaya Square or Pushkin Square in the Tverskoy District of central Moscow. It was historically known as Strastnaya Square, and renamed for Alexander Pushkin in 1937. 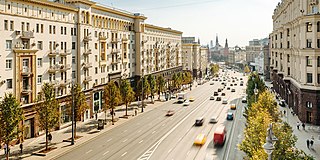 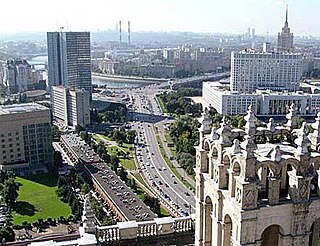 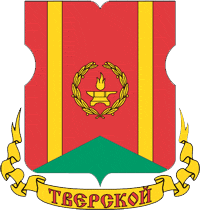 Tverskaya is a station on Moscow Metro's Zamoskvoretskaya line. The station is along Tverskaya Street under Pushkin Square in Moscow. From its opening in 1979 until 1990, it was named Gorkovskaya, which was the name of Tverskaya Street during the Soviet times. After the government restored the Tverskaya name in 1990, the station's name was changed accordingly.

Leningradsky Prospekt, or Leningrad Avenue, is a major arterial avenue in Moscow, Russia. It continues the path of Tverskaya Street and 1st Tverskaya-Yamskaya Street north-west from Belorussky Rail Terminal, and changes the name once again to Leningrad Highway past the Sokol metro station. The Highway continues its way to Saint Petersburg via Tver. 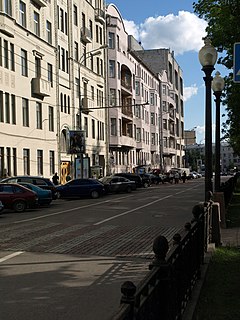 Bolshaya Nikitskaya Street is a radial street that runs west from Mokhovaya Street to Garden Ring in Moscow, between Vozdvizhenka Street (south) and Tverskaya Street (north). Central, eastern part of the street is notable for its educational institutions and theaters, western part beyond the Boulevard Ring has many Neoclassical mansions and competes with nearby Povarskaya Street for the title of Moscow's Embassy Row.

Petrovka Street is a street in Moscow, Russia, that runs north from Kuznetsky Most and Theatral Square up past Strastnoy Boulevard and Petrovsky Boulevard. 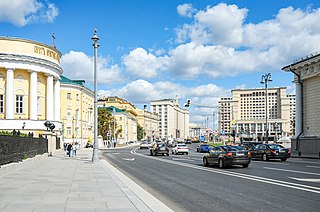 Mokhovaya Street is a one-way street in central Moscow, Russia, a part of Moscow's innermost ring road - Central Squares of Moscow. In 1961-1990 it formed part of Karl Marx Avenue. The street runs from the Borovitskaya Square in the south past Vozdvizhenka Street, Bolshaya Nikitskaya Street and Manege Square, ending at Tverskaya Street in the north.

Stoleshnikov Pereulok or Stoleshnikov Lane is a short street with boutiques and shops with many luxury goods located within the Boulevard Ring in central Moscow and known as one of the most expensive shopping areas in the world. 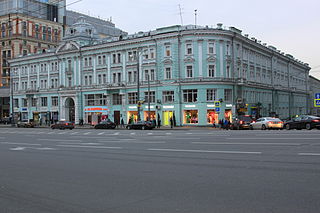 The Yermolova Theatre is a theatre company in the Tverskoy District of central Moscow. It is under the artistic direction of Vladimir Andreyev. 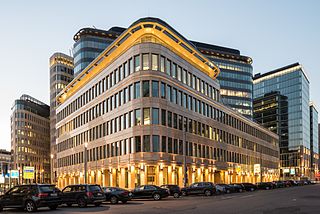 White Square Office Center is a Class A office center located next to the Belorusskaya Metro Station in Moscow, Russia. It is known not only as a business center that houses such multinational companies as Deloitte, McKinsey & Company, WorldQuant and PricewaterhouseCoopers, but also as a community landmark, largely due to its fountain, piazza, mix of cafes and restaurants, community-focused events, and its view of the adjacent Nikolai Chudotvorets Church. 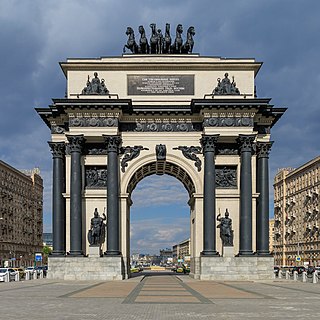 The third and the oldest surviving Triumphal Arch in Moscow was built in 1829–34 on Tverskaya Zastava Square to Joseph Bové's designs in order to commemorate Russia's victory over Napoleon. It replaced an earlier wooden structure built by the veterans of the Napoleonic Wars in 1814. 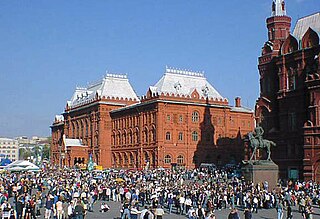 Pekin is a building in Moscow which houses a four-star hotel and an office complex. The building, which was designed in the Stalinist classicism style, was constructed between 1939 and 1955. It is located in the city center at the intersection of the Garden Ring and Tverskaya Street. 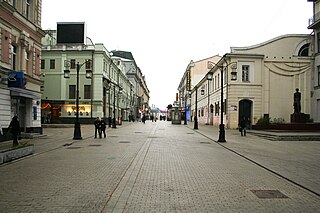 Kamergerskiy Pereulok or Chamberlain Lane is a short street with many historical buildings located within the Boulevard Ring in central Moscow.