The Trofeo Almirante Conde de Barcelona is an annual sailing competition. The yachts usually start from Mallorca. The name and trophy commercial rights are owned by the merchant "Bono Asociados SL".

There are three categories in the race: Barcos de época, Barcos de clásicos, Espíritu de tradición; that is accordingly with CIM Regulations. 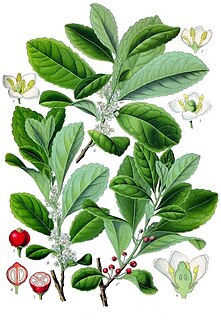 Yerba mate or yerba-maté is a species of the holly genus (Ilex), with the botanical name Ilex paraguariensis A. St.-Hil., named by the French botanist Auguste François César Prouvençal de Saint-Hilaire.

HMS Hyperion was an H-class destroyer built for the Royal Navy during the mid-1930s. During the Spanish Civil War of 1936–1939, the ship enforced the arms blockade imposed by Britain and France on both sides as part of the Mediterranean Fleet. During the first few months of World War II, Hyperion searched for German commerce raiders in the Atlantic Ocean and blockaded German merchant ships in neutral harbours until she returned to the British Isles in early 1940. The ship participated in the Norwegian Campaign before she was transferred back to the Mediterranean Fleet shortly afterwards. Hyperion participated in the Battle of Calabria and the Battle of Cape Spada in July 1940 while escorting the larger ships of the fleet. The ship covered several convoys to Malta before she struck a mine and was deliberately scuttled in December 1940.

HMS Ilex was one of nine I-class destroyers destroyer built for the Royal Navy during the 1930s. She is the only ship of the Royal Navy ever to have been named after Ilex, the genus of flowering plants commonly known as holly.

The following are the association football events of the year 1999 throughout the world. 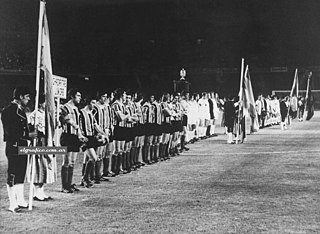 The Joan Gamper Trophy or Joan Gamper Cup is an annual friendly football match held in August, before the start of FC Barcelona's La Liga season. The competition is hosted by FC Barcelona at the Camp Nou stadium and is named in honour of Joan Gamper, a founding member, player, and later president of the club. The competition was inaugurated in 1966 by Enric Llaudet, one of Gamper's successors as club president. The trophy itself is an 800 grams (1.8 lb) silver cup with five micrometres of gold finishing, on top of a 10 kilograms (22 lb) marble plinth base. 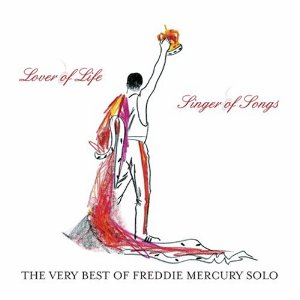 Club Deportivo Málaga was a Spanish football club based in Málaga, in the autonomous community of Andalusia. It played twenty seasons in La Liga, before being dissolved in 1992.

The Challenge Vuelta Ciclista a Mallorca is a series of four professional one day road bicycle races held on the Spanish island of Mallorca in late January or early February. The event is used as an early season preparatory event by many of the top teams in readiness for the bigger races later in the season. The five races are ranked 1.1 on the UCI Europe Tour.

Hernán Barcos is an Argentine professional footballer who plays as a forward for Bangladeshi club Bashundhara Kings. He is nicknamed El Pirata and is well known for his finishing ability, technique and strength.

Ilex, or holly, is a genus of about 480 species of flowering plants in the family Aquifoliaceae, and the only living genus in that family. The species are evergreen or deciduous trees, shrubs, and climbers from tropics to temperate zones worldwide.

The Mezzalama Trophy is an Italian high altitude ski mountaineering competition in upper Valtournenche and Ayas valleys, in Aosta Valley.

Real Club Celta de Vigo, commonly known as Celta Vigo or simply Celta, is a Spanish professional football club based in Vigo, Galicia, currently playing in La Liga. It was founded on 23 August 1923 following the merger of Real Vigo Sporting and Real Fortuna Football Club. Nicknamed Os Celestes, they play in sky blue shirts and socks along with white shorts. The club's home stadium is the Balaídos, which seats 29,000 spectators. Celta's name is derived from the Celts who were once present in the region. Its main rival is fellow Galician club Deportivo de La Coruña, with whom it contests the Galician derby.

German submarine U-45 was a Type VIIB U-boat of Nazi Germany's Kriegsmarine during World War II. She was ordered on 21 November 1936 and laid down on 23 February 1937 at Germaniawerft in Kiel as yard number 580. She was launched on 27 April 1938 and commissioned on 25 June 1938 under the command of Kapitänleutnant (Kptlt.) Alexander Gelhaar.

The Macchi M.17 was an Italian racing flying boat built by Macchi for the 1922 Schneider Trophy race.

Carolina is a feminine given name in Spanish, English, Italian, Portuguese, Czech, Slovak, German, Galician, Dutch and French, derived from the masculine name Carolus which is Latin for Charles, generally meaning 'free man' or 'freeholder'; however, Carolina can also mean 'song of happiness or joy' from a French origin.

José Álvaro Barco Andrade is a former Peruvian international footballer who played for clubs in Peru and Chile.

Team Colpack–Ballan is an Italian cycling team based in Bergamo, Italy.