The name Erika was used for five tropical cyclones in the Atlantic Ocean. 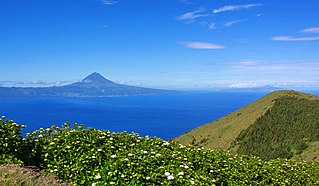 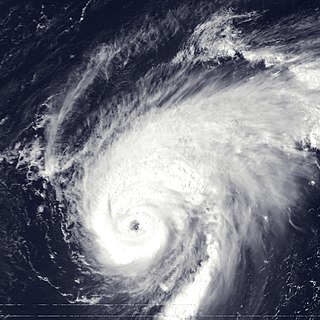 Hurricane Erika was the strongest and longest-lasting tropical cyclone in the 1997 Atlantic hurricane season. It developed from a tropical wave on September 3 and moved west-northwestward across the tropical Atlantic Ocean, steadily intensifying until it attained hurricane status on September 4, becoming the fifth named storm and third hurricane of the season. Erika passed a short distance to the north of the Lesser Antilles, and later turned to the north in response to an approaching trough. The hurricane quickly strengthened to become the only major hurricane of the season, reaching maximum sustained winds of 125 mph (205 km/h) on September 8; after maintaining its peak strength for 24 hours, Erika began to weaken as it passed over cooler waters. It turned to the east, weakened to a tropical storm, and became extratropical after passing near the Azores archipelago.