is tropical when the map

is faithfully flat and

In algebraic geometry, a Calabi–Yau manifold, also known as a Calabi–Yau space, is a particular type of manifold which has properties, such as Ricci flatness, yielding applications in theoretical physics. Particularly in superstring theory, the extra dimensions of spacetime are sometimes conjectured to take the form of a 6-dimensional Calabi–Yau manifold, which led to the idea of mirror symmetry. Their name was coined by Candelas et al. (1985), after Eugenio Calabi who first conjectured that such surfaces might exist, and Shing-Tung Yau (1978) who proved the Calabi conjecture.

In algebraic geometry, a toric variety or torus embedding is an algebraic variety containing an algebraic torus as an open dense subset, such that the action of the torus on itself extends to the whole variety. Some authors also require it to be normal. Toric varieties form an important and rich class of examples in algebraic geometry, which often provide a testing ground for theorems. The geometry of a toric variety is fully determined by the combinatorics of its associated fan, which often makes computations far more tractable. For a certain special, but still quite general class of toric varieties, this information is also encoded in a polytope, which creates a powerful connection of the subject with convex geometry. Familiar examples of toric varieties are affine space, projective spaces, products of projective spaces and bundles over projective space.

In mathematics, more particularly in the field of algebraic geometry, a Chow variety is an algebraic variety whose points correspond to all algebraic cycles of a given projective space of given dimension and degree. In other words, it is a moduli space with a variety structure parametrizing all -dimensional and algebraic cycles of degree in . 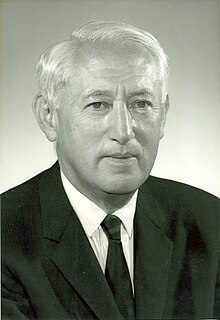 In differential geometry, Loewner's torus inequality is an inequality due to Charles Loewner. It relates the systole and the area of an arbitrary Riemannian metric on the 2-torus.

In mathematics, a toric manifold is a topological analogue of toric variety in algebraic geometry. It is an even-dimensional manifold with an effective smooth action of an -dimensional compact torus which is locally standard with the orbit space a simple convex polytope.

In algebraic geometry, convexity is a restrictive technical condition for algebraic varieties originally introduced to analyze Kontsevich moduli spaces in quantum cohomology.These moduli spaces are smooth orbifolds whenever the target space is convex. A variety is called convex if the pullback of the tangent bundle to a stable rational curve has globally generated sections. Geometrically this implies the curve is free to move around infinitesimally without any obstruction. Convexity is generally phrased as the technical condition

Abelian varieties are a natural generalization of elliptic curves, including algebraic tori in higher dimensions. Just as elliptic curves have a natural moduli space over characteristic 0 constructed as a quotient of the upper-half plane by the action of , there is an analogous construction for abelian varieties using the Siegel upper half-space and the Symplectic group .