Trout is the common name given to a number of species of freshwater fish.

Trout may also refer to:

This disambiguation page lists articles associated with the title Trout.
If an internal link led you here, you may wish to change the link to point directly to the intended article.

Seneca may refer to:

Adelaide is the capital city of South Australia.

Sandy may refer to:

Golden means made of, or relating to gold. 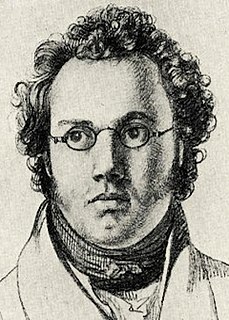 A valentine is a card or gift given on Valentine's Day, or one's sweetheart.

Black is a color corresponding to the absence of light.

Pigeon is a common name for birds of the taxonomic family Columbidae, particularly the rock pigeon.

Chase may refer to:

Wood is a natural material produced by the growth of plants, mainly trees and shrubs.

Miles is the plural of mile.

Alexander is a male given name.

Forelle may refer to:

The Adagio and Rondo Concertante in F major for piano quartet, D 487, was composed by Franz Schubert in 1816. A "brilliant" work designed as a display piece for the piano soloist, it is not only one of the few works the composer wrote in this style, but it is his first complete composition for piano and string ensemble, preceding the "Trout" Quintet" by three years.