Slaten was born in Los Angeles. He starred in several television series in supporting roles during the 1980s and the 1990s. He was on the 1980s series Cagney & Lacey as Michael Lacey, one of the on-screen children of Mary Beth Lacey (Tyne Daly) and Harvey Lacey Sr.(John Karlen), and later, he appeared in the series Superhuman Samurai Syber-Squad as Amp. His most memorable role was on the series Parker Lewis Can't Lose as Jerry Steiner. [2]

Slaten graduated from UCLA with Honors earning a B.A. in English Literature, earned a J.D. degree from Pepperdine University's School of Law, and became an attorney practicing corporate law and litigation in Southern California and a partner with the law offices of Floyd, Skeren, Manukian & Langevin, LLP. As of 2020 [update] , Slaten is a partner of the firm's Los Angeles County Practice. [3]

Slaten has been a legal analyst for several broadcast networks and their subsidiaries, including Fox News Channel, CNN, HLN, CBS, and NBC. He has been a frequent guest on television shows. including Nancy Grace, Dr. Drew, Happening Now, The O'Reilly Factor, Shepard Smith Reporting, and Primetime Justice. [4]

In the March 3, 2020 Presidential Primary election, Slaten unsuccessfully ran for judge of the Los Angeles Superior Court in Seat 145, where he received over 560,000 votes. [5]

Volney Erskine Howard was an American lawyer, statesman, and jurist.

Munger, Tolles, & Olson LLP (MTO) is a California law firm with offices in Los Angeles, San Francisco, and Washington, D.C. Charles Munger founded the firm in 1962 with six other attorneys.

Stephen Kaus is a judge in the Alameda County Superior Court, Oakland, California, appointed by Governor Jerry Brown, effective December 2012. Previous to his appointment Kaus was a partner practicing civil litigation attorney at Cooper, White & Cooper LLP in San Francisco, California and an occasional blog commentator on The Huffington Post. He is also the brother of journalist Mickey Kaus.

Alston & Bird LLP is an international law firm with over 800 lawyers in 13 offices throughout the United States, Europe, the UK, and Asia. The firm provides legal services to both domestic and international clients who conduct business worldwide. Alston & Bird has advised companies including Amazon.com, The Coca-Cola Company, Microsoft, Bank of America, Starbucks, Toyota, Dell, UPS, and Nokia. Since 2000, Fortune has ranked the firm in the 100 Best Companies to Work For list. The firm's core practices include intellectual property, complex litigation, corporate and tax, with national industry focusing on energy and sustainability, health care, financial services, and public policy.

David Alan Berger is a Deputy District Attorney for the County of Los Angeles, California. He is also the Trial Advocacy Team Coach, Adjunct Professor and the Alternate Sentencing Court ("ASC") Designee for the Airport Branch of the District Attorney's Office. 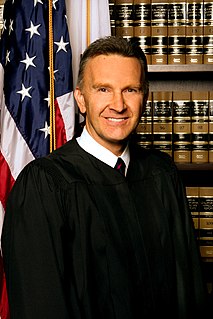 James Edward Rogan is an American judge of the Superior Court of California, adjunct law professor, author and former Member of the United States House of Representatives from California. He also formerly served as United States Under Secretary of Commerce for Intellectual Property, Director of the United States Patent and Trademark Office, California State Assembly Majority Leader, a judge of the California Municipal Court, a gang murder prosecutor with the Los Angeles County District Attorney's office and a civil litigator in private law practice. In January 2007, President George W. Bush nominated Rogan to be a federal judge for the United States District Court for the Central District of California, but the Senate failed to act on the nomination before the expiration of Bush's term in office.

Venable LLP is an American law firm headquartered in Washington, D.C. It is the largest law firm in the state of Maryland. Founded in 1900 by Richard Venable in Baltimore, today Venable has 10 offices across the United States and 800 attorneys who practice in areas such as corporate law, complex litigation, labor and employment, intellectual property, entertainment law, environmental law, bankruptcy and restructuring, and government affairs. In 2021, Venable was ranked as the 78th highest grossing law firm in the world. From 2020 to 2021, Venable's total revenue grew from $681.8 million to $717 million. Revenue per lawyer saw a similar increase, with each lawyer generating a revenue of $965,031 and each equity partner generating $1.23 million on average.

Lewis Roca Rothgerber Christie is a U.S. law firm with approximately 300 attorneys across ten offices in Arizona, California, Colorado, Nevada, and New Mexico. Its administrative offices are located in Phoenix, where it was founded in 1950 as Lewis & Roca. In 2015, The American Lawyer magazine ranked the firm number 179 in its annual Top 200 U.S. law firms list. It is one of the top five law firms in Arizona

Nathan J. Hochman is an American attorney. He served as United States Assistant Attorney General for the Tax Division of the United States Department of Justice in 2008. Prior to that, Hochman was an Assistant United States Attorney for the Central District of California from 1990 to 1997, serving in the Criminal Division. Hochman also had an extensive career in the private sector, as a partner of several nationwide firms and as a leading expert in tax law, criminal defense, and environmental law. Hochman is currently general counsel at Browne George Ross O’Brien Annaguey & Ellis. 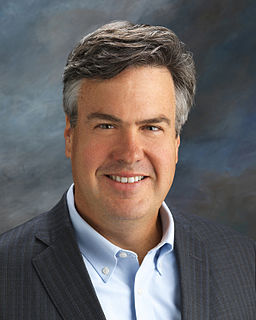 Stephen Gerard Larson is a former United States District Judge of the United States District Court for the Central District of California and a partner in the Los Angeles law firm of Larson LLP, which he co-founded in 2016 as Larson O'Brien LLP. He consistently ranks among the top litigators in the U.S., having been recognized by The Best Lawyers in America© for his work in Commercial Litigation and Criminal Defense: White-Collar since 2015. 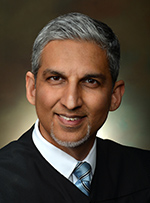 Halim Dhanidina is an American lawyer and former judge from California. As of April 1, 2022, is a partner at the criminal defense firm of Werksman Jackson & Quinn LLP in Los Angeles. He was a justice of the California Court of Appeal for the Second District. Appointed to the Los Angeles Superior Court bench by Governor Jerry Brown in 2012, he is the first Muslim to ever be appointed judge in California. He is an Ismaili Shiite of Gujarati Indian heritage, his parents immigrating from Tanzania. 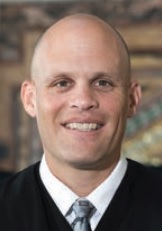 John Byron Owens is an American judge and lawyer who serves as a United States Circuit Judge of the United States Court of Appeals for the Ninth Circuit.

David McFarlane is an American and Canadian lawyer practicing and living in Los Angeles, California. He is currently a Partner with the international law firm Goodwin Proctor LLP in the firm's Los Angeles office. A specialist in health care reform law, Employee Retirement Income Security Act (ERISA) and employee benefits in the U.S., McFarlane also worked as a pension and benefits attorney in Ontario, Canada, having written a two-volume book on Ontario pension law. He also co-authored a book on Canadian Unemployment Insurance law. He is also a judge pro tem of the Superior Court of California, Los Angeles County.

Robert Henry Rotstein is an American attorney and novelist currently based in Los Angeles, California. He has published four novels so far, including Corrupt Practices, Reckless Disregard,The Bomb Maker's Son and We, The Jury (2018). He is also currently a partner at the law firm of Mitchell Silberberg & Knupp LLP, focusing on entertainment law, intellectual property law and commercial litigation.

Brenda J. Penny is an American judge on the Los Angeles County Superior Court. She was appointed in 2018 by then California Governor Jerry Brown and is best known for her role in overseeing Britney Spears's conservatorship dispute.

The 2020 Los Angeles County elections were held on November 3, 2020, in Los Angeles County, California, with nonpartisan blanket primary elections for certain offices being held on March 3. Three of the five seats of the Board of Supervisors were up for election, as well as one of the countywide elected officials, the District Attorney. In addition, elections were held for various community college districts and water districts, as well as the Superior Court.