Troy Langdon Tatterton is a fictional character created by V. C. Andrews and continued by ghostwriter Andrew Neiderman in the bestselling novels in the Casteel series. Troy is the handsome and wealthy creator behind the inventions in the Tatterton Toy empire. He lives on the Farthingale estate in the cottage in the middle of the hedge maze. [1] [2]

Troy is reclusive and isolated when Heaven first meets him, shutting himself off from the outside world and living alone in his cottage. Heaven, however, begins to convince him to allow her into his life, only to discover that he has dreams of his own death and doesn't believe he will live much longer. He reveals that he dreamt of Leigh's death years ago, and doesn't understand why he goes on living when they were the same, both longing for things that can't be found in this world, and in a sense, Heaven.

Troy and Heaven became lovers and intended to marry. Their happiness was cut short, however, when Tony revealed they were in fact uncle and niece, as he had raped Heaven's mother, and was in fact Heaven's father. Devastated, Heaven went on to marry Logan Stonewall when she believed Troy had died, yet upon his return they had one more night together, resulting in the birth of their daughter Annie. Troy and Heaven never saw each other again, and when she died and was buried on the Farthingale estate, Troy was seen by his daughter as a ghost figure who visited Heaven's grave and wept for his lost love.

Annie Stonewall is Troy's daughter who was raised by Logan, and only later discovered the truth of her parentage after her mother's death. Annie and Troy became close, yet he never left Farthingale except for the birth of his grandchildren.

Return from the dead

Troy is said by Tony to have ridden Jillian's Arabian horse Abdulla Bar into the ocean, and died. It seems that his premonitions had at last come true, but ironically in the form of a suicide as he couldn't live without loving Heaven. An error occurs in the series, however, as Tony tells Heaven in Dark Angel (written by V. C. Andrews) that Troy's body was found, yet in Fallen Hearts ghostwriter Neiderman brings Troy back to life, reasoning that Troy faked his own death to find freedom and peace away from everyone he once knew.

Anne Hathaway was the wife of William Shakespeare, the English poet, playwright and actor. They were married in 1582, when Hathaway was 26 years old and Shakespeare was 18. She outlived her husband by seven years. Very little is known about her life beyond a few references in legal documents. Her personality and relationship to Shakespeare have been the subject of much speculation by many historians and writers. 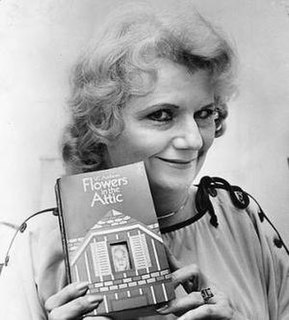 Andrew Neiderman is a best-selling American novelist. In 1987, he became the ghost writer for V. C. Andrews following her death in 1986. He formerly taught English at Fallsburg Jr./Sr. High School, in upstate New York. 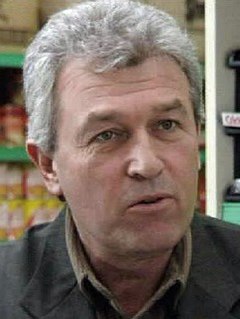 Terry Raymond is a fictional character from the BBC soap opera EastEnders, played by Gavin Richards. Terry is initially introduced briefly in 1996 as the drunken father of Tiffany and Simon Raymond. He is reintroduced as a full-time character in 1997 and remains in the serial until 2002, when actor Gavin Richards decided to leave. 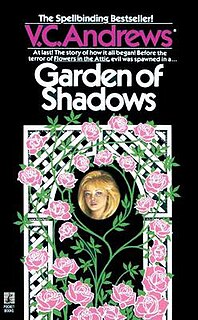 Garden of Shadows is a novel by V. C. Andrews and was first published in 1987. V. C. Andrews died in 1986, and her estate commissioned ghostwriter Andrew Neiderman to continue writing novels under her name developed from plot outlines originally written by Andrews. There is some dispute over whether this particular novel was written in part by Andrews before she died, or whether it was written entirely by Neiderman. This is the fifth novel of the Dollanganger series. The novel explains the origin of Olivia Winfield and the events that cause her to become the cold, domineering mistress of Foxworth Hall and how Corinne's childhood and eventual betrayal come about. It is the fifth novel of the Flowers in the attic series but considered the prequel wherein the story tells prior the event of the first book. The story takes place between the years of 1918-1957.

Web of Dreams was written in 1990 by V. C. Andrews ghostwriter Andrew Neiderman. It is the fifth and final novel in The Casteel Series and is as a prequel to Heaven. Told primarily from the viewpoint of Heaven Casteel's mother, Leigh VanVoreen, the novel explains her secrets and circumstances as a 13-year-old girl who was forced to flee her wealthy Boston home, resulting in her dying in childbirth and leaving behind her daughter, Heaven, to be raised in the hills of West Virginia.

My Sweet Audrina is a 1982 novel by V. C. Andrews. It was the only stand-alone novel published during Andrews' lifetime and was a number-one best-selling novel in North America. The story takes place in the Mid-Atlantic United States during the 1960s and 1970s. The story features diverse subjects, such as brittle bone disease, rape, posttraumatic stress disorder and diabetes, in the haunting setting of a Victorian-era mansion near the fictitious River Lyle.

Heaven Leigh Casteel is the protagonist of the novels in the Casteel series (1985-1988) created by V. C. Andrews, and concluded by Andrew Neiderman after her death.

Darkest Hour is the fifth and final novel in a series of books about the Cutler family attributed to V. C. Andrews and published in 1993. It is allegedly based on the original ideas of Andrews but was written by ghostwriter Andrew Neiderman. Andrews is the credited author.

Gordon Cunningham is a fictional character from the British Channel 4 soap opera Hollyoaks, played by Bernard Latham. He first appeared in March 1996, and departed on 16 February 2004 when he died of a heart attack following a car accident. He last appeared for a brief return on 11 July 2008 during a dream sequence broadcast on T4. 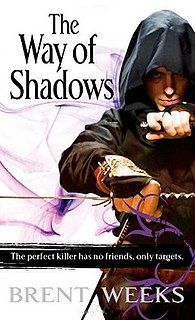 The Way of Shadows is a 2008 fantasy novel written by Brent Weeks and is the first novel in The Night Angel Trilogy. 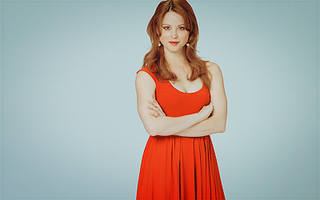 The Cunningham family are a fictional family in the long-running Channel 4 soap opera, Hollyoaks. The family were one of the original families introduced in 1995, debuting on the first ever episode of Hollyoaks. Subsequently, the family has seen more tragedy than happiness. Their storylines include Gordon and Angela divorcing, Dawn's affair with Jack Osborne, her leukemia, which leads to her death, Cindy's teenage pregnancy, Jude being in trouble with the police, the death of Gordon and his second wife in a car accident and the death of Max on his wedding day to Steph. In 2015 Tom became a father of his girlfriend Peri's child, and Cindy's bigamous marriage, when she was still married to Mac Nightingale, and had their son Alfie. Cindy claimed that the father was Mac but when Alfie Nightingale and his uncle Tom Cunningham do a DNA test a confusion with the samples makes Tony Hutchinson believe he is the father. 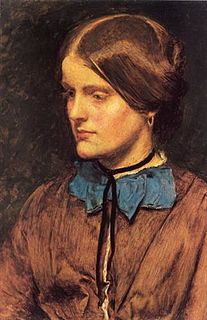 Annie Miller (1835–1925) was an English artists' model who, among others, sat for the members of the Pre-Raphaelite Brotherhood, William Holman Hunt, Dante Gabriel Rossetti and John Everett Millais. Her on-off relationship with Holman Hunt has been dramatised several times.

Pedacito de cielo is a Venezuelan telenovela which starred Natalia Streignard and Julio Pereira. It was produced and broadcast on Marte TV in 1993.

Heaven is the first book in the Casteel series by author V. C. Andrews. It is also the first name of the main character.

Dark Angel is a book written by V. C. Andrews in 1986. It is the second book in the Casteel Series.

Gates of Paradise is the fourth out of five books in V. C. Andrews's The Casteel series.

Fallen Hearts (1988) is the third out of five books in V.C. Andrews' Casteel Series. The book was finished by her ghostwriter Andrew Neiderman, though the book was published under Andrews's name.