Trudeau government or Trudeau cabinet may refer to: 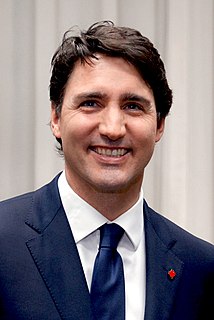 The Twenty-Ninth Canadian Ministry is the combined Cabinet, chaired by Prime Minister Justin Trudeau, and Ministers that began governing Canada shortly before the opening of the 42nd Parliament. The original members were sworn in during a ceremony held at Rideau Hall on November 4, 2015. Those who were not already members of the Queen's Privy Council for Canada were sworn into the Privy Council in the same ceremony. The Cabinet currently consists of 35 members including Trudeau, with 17 women and 18 men. When the ministry was first sworn in, with fifteen men and fifteen women, it became the first gender-balanced cabinet in Canadian history.

Joseph Philippe Pierre Yves Elliott Trudeau, often referred to by the initials PET, was a Canadian statesman who served as the 15th prime minister of Canada. He was the third longest-serving prime minister in Canadian history, having served for 15 years, 164 days. 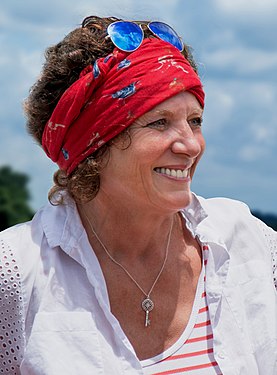 Margaret Joan Trudeau is a Canadian author, actress, photographer, former television talk show hostess, and social advocate for people with bipolar disorder, which she is diagnosed with. She is the former wife of Pierre Trudeau, 15th Prime Minister of Canada; they divorced in 1984, during his final months in office. She is the mother of Justin Trudeau, who has been the 23rd Prime Minister of Canada since 2015; the journalist and author Alexandre "Sacha" Trudeau; and the deceased Michel Trudeau. In 2013, Trudeau was awarded an honorary degree of Doctor of Laws from the University of Western Ontario in recognition of her work to combat mental illness.

Justin Pierre James Trudeau is a Canadian politician serving as the 23rd Prime Minister of Canada since 2015 and Leader of the Liberal Party since 2013. Trudeau is the second-youngest Canadian Prime Minister after Joe Clark; he is also the first to be related to a previous holder of the post, as the eldest son of Pierre Trudeau.

The fuddle duddle incident in Canadian political history occurred on February 16, 1971, when Prime Minister of Canada Pierre Trudeau was alleged to have spoken or at least mouthed unparliamentary language in the House of Commons, causing a minor scandal. Trudeau mentioned the words "fuddle duddle" in an ambiguous answer to questions about what he may or may not have said in Parliament.

Trudeaumania was the nickname given in early 1968 to the excitement generated by Pierre Trudeau's entry into the leadership race of the Liberal Party of Canada. Trudeaumania continued during the subsequent federal election campaign and during Trudeau's early years as Prime Minister of Canada. Decades later, Trudeau's son, Justin Trudeau, drew a similar international reaction when he became Prime Minister himself in 2015. 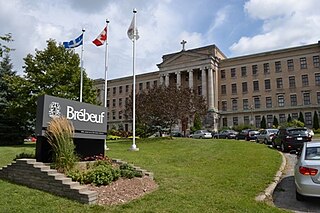 Collège Jean-de-Brébeuf is a private, previously Jesuit French-language educational institution offering secondary school and college-level instruction in Montreal, Quebec. It is a co-ed establishment for students in their final year of secondary school and in college. It was boys-only for the first four years of secondary school. Now it is a girls and boys school. The school recently accepted girls in 2014. It retains a dress code, but no specific

Sophie Grégoire, also known as Sophie Grégoire Trudeau, is the wife of the 23rd and current Prime Minister of Canada, Justin Trudeau. She is a former television host and is involved in charity work and public speaking, focusing mainly on women's and children’s issues.

"Just watch me" is a phrase made famous by Canadian Prime Minister Pierre Trudeau on October 13, 1970, during the October Crisis. The term is still regularly used in Canadian political discussion.

Trudeau is a surname. Notable people with the surname include: 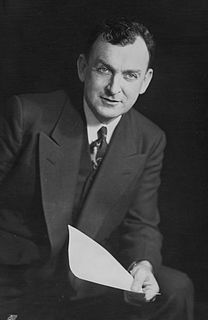 James "Jimmy" Sinclair, was a Canadian politician and businessman. He was the maternal grandfather of current Canadian Prime Minister Justin Trudeau.

The Trudeau family is a Canadian family originating from the French colonial period in what is now Quebec. The family is also a political dynasty.

This article is the Electoral history of Justin Trudeau, the current Prime Minister of Canada.