Trueblood may refer to:

This disambiguation page lists articles associated with the title Trueblood.
If an internal link led you here, you may wish to change the link to point directly to the intended article.

Mark Trueblood is an American engineer and astronomer. He pioneered the development of robotic telescopes, as the author of several articles and two books, including Microcomputer Control of Telescopes and Telescope Control, co-authored with Russell M. Genet. Trueblood worked on the Gemini Observatory. He is the owner and operator of Winer Observatory in Sonoita, Arizona, which is the site of several professional research projects. The asteroid 15522 Trueblood is named in his honor.

Jeremy Tyler Trueblood is a former American football offensive tackle of the National Football League (NFL). He played college football at Boston College and was drafted by the Tampa Bay Buccaneers in the second round of the 2006 NFL Draft.

Ivory Coast competed at the 1968 Summer Olympics in Mexico City, Mexico under the IOC country code CML due to the Ivory Coast in Spanish being Costa de Marfil.

The Trueblood Committee was a study group formed by the American Institute of Certified Public Accountants (AICPA) in 1972 to develop the Objective of Financial Statements. 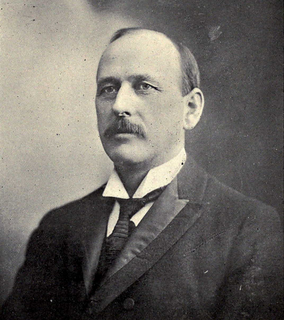 Thomas Clarkson Trueblood was an American professor of elocution and oratory and the first coach of the University of Michigan golf and debate teams. He was affiliated with the University of Michigan for 67 years from 1884 to 1951, and was a nationally known writer and speaker on oratory and debate. He founded UM's Department of Elocution and Oratory as well as the campus debate program. He became the subject of national media attention in 1903 when the Chicago Tribune ran an article stating that he was offering a new "course in love making." His golf teams won two NCAA National Championships and five Big Ten Conference championships. He was posthumously inducted into the University of Michigan Athletic Hall of Honor in 1981.

Paul Trueblood was musical director/pianist for a variety of performers including Diane Keaton, Michael Feinstein, Julie Wilson, Carol Lawrence, Matthew Broderick, Anita Ellis, and Earl Wrightson and Lois Hunt. He was personal pianist for lyricist Alan Jay Lerner and director Joshua Logan. He wrote special material for Radio City Music Hall, Martin Charnin's Upstairs at O'Neal's, numerous cabaret performers, and two scores for the American Methodist Bicentennial A Church Is Born and Aldersgate 88. He appeared with Betty Comden and Adolph Green on Broadway and thereafter in many concert engagements.

Cecil Whittaker "Ted" Trueblood was an American outdoor writer and conservationist. From 1941 to 1982, he served as an editor and writer for the Field & Stream magazine.

Alcohol Funnycar was an American rock band from Seattle, Washington.

Kenneth Nyitray Truebod (1920–1998) was an American chemist known for pioneering work in the use of computers to determine chemical structures. His work is recognized as significantly contributing to Nobel Prizes being awarded to his long-term collaborators Dorothy Hodgkin and Donald Cram. He published 140 research papers. His organization of a departmental X-ray crystallography lab served as a worldwide model for other chemistry departments. 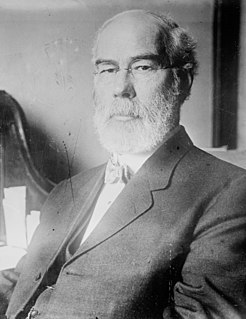 Benjamin Franklin Trueblood (1847–1916) was an American pacifist who served the American Peace Society for 23 years. In this role, he functioned as the official public spokesperson and representative of the Society. He served as editor of the Society's journal, The Advocate of Peace which contained numerous articles by Trueblood.

The Men's Freestyle middleweight at the 1968 Summer Olympics was part of the wrestling program were held at the Insurgentes Ice Rink from October 17 to October 20. The middleweight allowed wrestlers up to 87 kilograms.

Mary Esther Trueblood Paine was an American mathematician and sociologist who taught mathematics at Mount Holyoke College and the University of California, Berkeley.

Wilbur Tyson Trueblood was an architect in St. Louis, Missouri. Two buildings he helped design are listed on the National Register of Historic Places.

Kathryn Trueblood is an American author who lives in Washington. She is most known as a writer of fiction whose work focuses on the medical humanities. She is the recipient of the Goldenberg Prize for Fiction from the Bellevue Literary Review and the 2011 Red Hen Press Short Story Award. Trueblood's has work has been critically well received by major publishing trade magazines like Kirkus Reviews and Publishers Weekly.