The Trueblood Committee was a study group formed by the American Institute of Certified Public Accountants (AICPA) in 1972 to develop the Objective of Financial Statements.

The committee's goal was to help accountants create financial statements that provided external users with sufficient information to make educated decisions about the economics of companies. In 1978, the Financial Accounting Standards Board (FASB) adopted the key objectives established by the Trueblood Committee. [1]

The Trueblood Committee was named for its chairman Robert M. Trueblood. His previously served on the executive committees of both the American Institute of Certified Public Accountants (AICPA) and the Accounting Principles Board (APB) . [2]

The AICPA began hunting for new objectives of financial statements because prior to the development of the Trueblood Committee many accountants were confused and dissatisfied with the current objectives. [3] Identifying the objectives to financial statements was the purpose behind the creation of the Trueblood Committee. [4] The committee's mission was to create the objectives in a way that would be more easily understandable by accountants and also more relatable to their work. [5]

The two key concepts to take away from the findings of the Trueblood Committee are:

In management accounting or managerial accounting, managers use accounting information in decision-making and to assist in the management and performance of their control functions.

An accountant is a practitioner of accounting or accountancy. Accountants who have demonstrated competency through their professional associations' certification exams are certified to use titles such as Chartered Accountant, Chartered Certified Accountant or Certified Public Accountant, or Registered Public Accountant. Such professionals are granted certain responsibilities by statute, such as the ability to certify an organization's financial statements, and may be held liable for professional misconduct. Non-qualified accountants may be employed by a qualified accountant, or may work independently without statutory privileges and obligations.

Generally Accepted Accounting Principles is the accounting standard adopted by the U.S. Securities and Exchange Commission (SEC). While the SEC previously stated that it intends to move from U.S. GAAP to the International Financial Reporting Standards (IFRS), the latter differ considerably from GAAP and progress has been slow and uncertain. More recently, the SEC has acknowledged that there is no longer a push to move more U.S companies to IFRS so the two sets of standards will "continue to coexist" for the foreseeable future.

Certified Public Accountant (CPA) is the title of qualified accountants in numerous countries in the English-speaking world. It is generally equivalent to the title of chartered accountant in other English-speaking countries. In the United States, the CPA is a license to provide accounting services to the public. It is awarded by each of the 50 states for practice in that state. Additionally, all states except Hawaii have passed mobility laws to allow CPAs from other states to practice in their state. State licensing requirements vary, but the minimum standard requirements include passing the Uniform Certified Public Accountant Examination, 150 semester units of college education, and one year of accounting related experience.

The Chartered Institute of Management Accountants (CIMA) is the global professional management accounting body based out of the UK. CIMA offers training and qualification in management accountancy and related subjects. It is focused on accountants working in the industry and provides ongoing support and training for members.

The National Association of State Boards of Accountancy (NASBA) is an association dedicated to serving the 56 state boards of accountancy. These are the boards that regulate the accountancy profession in the United States of America.

Charles Waldo Haskins was an American accountant, and co-founder of the accounting firm Haskins and Sells, a predecessor to Deloitte.

In the United States, the Auditing Standards Board (ASB) is the senior technical committee designated by the American Institute of Certified Public Accountants (AICPA) to issue auditing, attestation, and quality control statements, standards and guidance to certified public accountants (CPAs) for non-public company audits. Created in October 1978, it is composed of 19 members representing various industries and sectors, including public accountants and private, educational, and governmental entities. It issues pronouncements in the form of statements, interpretations, and guidelines, which all CPAs must adhere to when performing audits and attestations.

The Digital Accounting Collection (DAC) is part of the University of Mississippi Libraries. The collection contains both current and historical accounting materials, with over 2,400 items in digitized searchable full-text format, and over 33,000 bibliographic citations for other materials.

Forensic accountants are experienced auditors, accountants, and investigators of legal and financial documents that are hired to look into possible suspicions of fraudulent activity within a company; or are hired by a company who may just want to prevent fraudulent activities from occurring. They also provide services in areas such as accounting, antitrust, damages, analysis, valuation, and general consulting. Forensic accountants have also been used in divorces, bankruptcy, insurance claims, personal injury claims, fraudulent claims, construction, royalty audits, and tracking terrorism by investigating financial records. Many forensic accountants work closely with law enforcement personnel and lawyers during investigations and often appear as expert witnesses during trials. 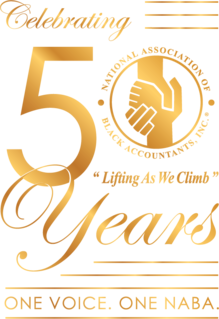 The National Association of Black Accountants, is an American nonprofit professional association that represents the interests of more than 200,000 black professionals in furthering their educational and professional goals in accounting, finance, and related business professions. Student members are served throughout the organization's 200 chapters around the country.

Statement on Standards for Attestation Engagements no. 18 is a Generally Accepted Auditing Standard produced and published by the American Institute of Certified Public Accountants (AICPA) Auditing Standards Board. Though it states that it could be applied to almost any subject matter, its focus is reporting on the quality of financial reporting. It pays particular attention to internal control, extending into the controls over information systems involved in financial reporting. It is intended for use by Certified Public Accountants performing attestation engagements, the preparation of a written opinion about a subject, and the client organizations preparing the reports that are the subject of the attestation engagement. It prescribes three levels of service: examination, review, and agreed-upon procedures. It also prescribes two types of reports: Type 1, which includes an assessment of internal control design, and Type 2, which additionally includes an assessment of the operating effectiveness of controls. Published April 2016, SSAE 18 and all previous standards it supersedes are represented in section AT-C of the AICPA Professional Standards, with most sections becoming effective on May 1, 2017.