Trumped Up Cards is a party game developed by Reid Hoffman to poke fun at then presidential candidate Donald Trump. It was modeled after the popular Cards Against Humanity card game and sold online. The game was featured on an episode of The Daily Show with Trevor Noah in which Hoffman was a guest. [1] The game has also been covered by a large number of mainstream media outlets, including The New York Times [2] and USA Today . [3] The game is licensed under a Creative Commons Attribution-NonCommercial-ShareAlike 4.0 International License.

Reid Garrett Hoffman is an American internet entrepreneur, venture capitalist and author. Hoffman was the co-founder and executive chairman of LinkedIn, a business-oriented social network used primarily for professional networking. He is currently a partner at the venture capital firm Greylock Partners. On the Forbes 2019 list of the world's billionaires, Hoffman was ranked #1349 with a net worth of US$1.8 billion. 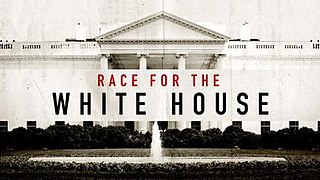 Race for the White House is an American political television show that discusses various presidential election campaigns throughout United States history. It premiered on March 6, 2016, on CNN. The series is narrated by Kevin Spacey, well-known at the time of production for playing fictional President Frank Underwood in the US version of House of Cards. After Spacey faced allegations of child sexual abuse, the narration was re-recorded by Spacey's House of Cards co-star Mahershala Ali. Netflix Canada still streamed the original version with Kevin Spacey's audio narration until September 1, 2020, when the show was removed in Canada.

Cards Against Humanity is a party game in which players complete fill-in-the-blank statements using words or phrases typically deemed as offensive, risqué or politically incorrect printed on playing cards. It has been compared to the 1999 card game Apples to Apples and originated from a Kickstarter campaign in 2011. Its title refers to the phrase "crimes against humanity", reflecting its politically incorrect content. 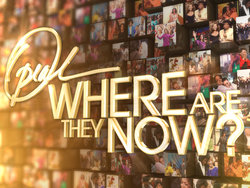 Oprah: Where Are They Now? is an American reality television series on the Oprah Winfrey Network. The series debuted on October 2, 2012, and takes a look back at what happened to some of the biggest headline makers on The Oprah Winfrey Show plus updates on their current life. 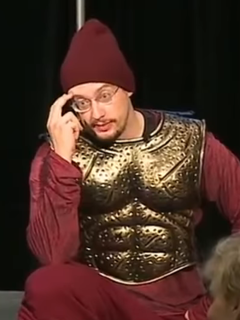 Andrew Kaczynski is an American journalist and a political reporter for CNN. He became well known in 2011 by posting old video clips of politicians, often of them making statements contrary to their current political positions, to YouTube. He was described as "the [2012] Republican primaries' most influential amateur opposition researcher". 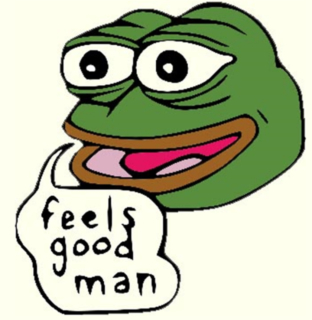 Pepe the Frog is an Internet meme consisting of a green anthropomorphic frog with a humanoid body. Pepe originated in a 2005 comic by Matt Furie called Boy's Club. It became an Internet meme when its popularity steadily grew across Myspace, Gaia Online and 4chan in 2008. By 2015, it had become one of the most popular memes used on 4chan and Tumblr. Different types of Pepe include "Sad Frog", "Smug Frog", "Angry Pepe", "Feels Frog", and "You will never..." Frog. Since 2014, "Rare Pepes" have been posted on the (sarcastic) "meme market" as if they were trading cards. 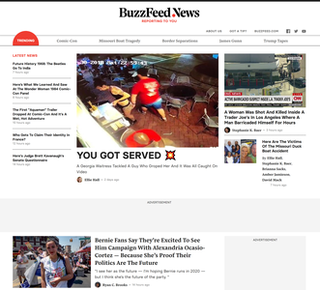 BuzzFeed News is an American news website published by BuzzFeed. It has published a number of high-profile scoops, including the Steele dossier, for which it was heavily criticized, and the FinCEN Files. During its relatively short tenure, it has won the George Polk Award, The Sidney Award, National Magazine Award and National Press Foundation award, as well as being a finalist for Pulitzer Prizes. 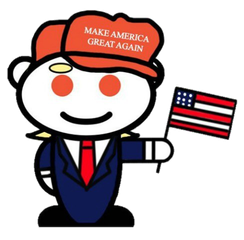 r/The_Donald was a subreddit where participants created discussions and memes in support of U.S. president Donald Trump. Initially created in June 2015 following the announcement of Trump's presidential campaign, the community grew to over 790,000 subscribers who described themselves as "Patriots". The community was banned in June 2020 for violating Reddit rules on harassment and targeting. It was ranked as one of the most active communities on Reddit. 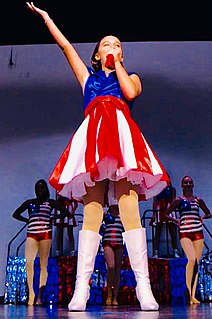 USA Freedom Kids, sometimes referred to as USA Freedom Girls, are an American pro-Trump girl group known for performing their song "Freedom's Call" at a Donald Trump rally in Pensacola, Florida in January 2016, during his presidential campaign.

Trump: The Game is a board game named after American businessman Donald Trump. Milton Bradley Company initially released the game in 1989, but it sold poorly, with only 800,000 copies sold out of an expected two million. Parker Brothers re-released Trump: The Game in 2004 following the success of Trump's reality television series, The Apprentice, from earlier that year.

Charlie Kirk is an American conservative activist and radio talk show host. He founded Turning Point USA with William T. Montgomery in 2012 and serves as its executive director. He was listed on the Forbes 30 under 30 list in Law & Policy. His Twitter account had the fifth most engagements/interactions in 2019. 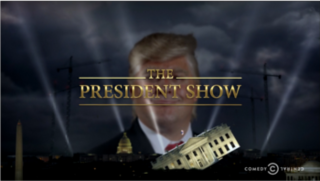 The President Show is an American comedy television series that premiered on April 27, 2017 on Comedy Central. The show was created by Anthony Atamanuik who also stars as Donald Trump, the President of the United States, alongside Peter Grosz as Mike Pence, the Vice President.

The seventh season of the American legal drama Suits was ordered on August 3, 2016, and started airing on USA Network in the United States July 12, 2017. The season has five series regulars playing employees at the fictional Pearson Specter Litt law firm in Manhattan: Gabriel Macht, Patrick J. Adams, Rick Hoffman, Meghan Markle, and Sarah Rafferty. Gina Torres is credited as the sixth regular only for the episodes that she appears in, following her departure last season. 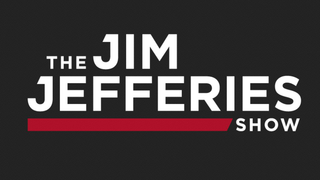 The Jim Jefferies Show is an American late-night talk and news satire television program hosted by comedian Jim Jefferies. The show aired Tuesdays on Comedy Central and tackles the week's top stories and most controversial issues. In March 2017, Comedy Central ordered ten half-hour episodes. The series premiered on June 6, 2017, and was later extended with ten additional episodes, which began airing after a five-week hiatus. On January 30, 2019, Comedy Central renewed the show for a third season which premiered on March 19, 2019 and, after a summer hiatus, ran from September 17, 2019 through November 19, 2019 when the show was canceled, ending its three-year run.