Norway, officially the Kingdom of Norway, is a Nordic country in Northern Europe whose mainland territory comprises the western and northernmost portion of the Scandinavian Peninsula. The remote Arctic island of Jan Mayen and the archipelago of Svalbard also form part of Norway. Bouvet Island, located in the Subantarctic, is a dependency of Norway; it also lays claims to the Antarctic territories of Peter I Island and Queen Maud Land. 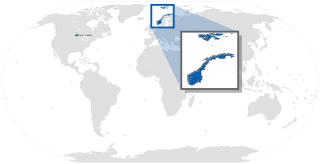 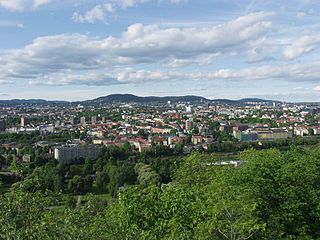 Oslo is the capital and most populous city of Norway. It constitutes both a county and a municipality. As of 23 November 2020, the municipality of Oslo had a population of 697,549, while the population of the city's greater urban area was 1,019,513, as of 4 November 2019. The metropolitan area had an estimated population of 1.71 million.

Scandinavia is a subregion in Northern Europe, with strong historical, cultural, and linguistic ties. 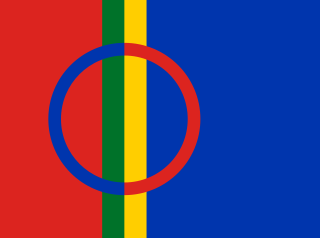 The Sámi people are an indigenous Finno-Ugric people inhabiting Sápmi, which today encompasses large northern parts of Norway, Sweden, Finland and the Kola Peninsula within the Murmansk Oblast of Russia. The Sámi have historically been known in English as Lapps or Laplanders, but these terms are regarded as offensive by some Sámi people, who prefer the area's name in their own language, "Sápmi". Sámi ancestral lands are in the Volga region, in present-day Russia, like other Uralic peoples. Their traditional languages are the Sámi languages, which are classified as a branch of the Uralic language family.

Svalbard, previously known as Spitsbergen, or Spitzbergen, is a Norwegian archipelago in the Arctic Ocean. Situated north of mainland Europe, it is about midway between the northern coast of Norway and the North Pole. The islands of the group range from 74° to 81° north latitude, and from 10° to 35° east longitude. The largest island is Spitsbergen, followed by Nordaustlandet and Edgeøya, and the largest settlement is Longyearbyen.

Bergen, historically Bjørgvin, is a city and municipality in Vestland county on the west coast of Norway. At the end of 2019, the municipality's population was 283,929. Bergen is the second-largest city in Norway. The municipality covers 465 square kilometres (180 sq mi) and is on the peninsula of Bergenshalvøyen. The city centre and northern neighbourhoods are on Byfjorden, 'the city fjord', and the city is surrounded by mountains; Bergen is known as the "city of seven mountains". Many of the extra-municipal suburbs are on islands. Bergen is the administrative centre of Vestland county. The city consists of eight boroughs: Arna, Bergenhus, Fana, Fyllingsdalen, Laksevåg, Ytrebygda, Årstad, and Åsane. 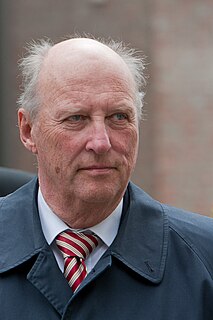 Harald V is the King of Norway. He acceeded to the throne on 17 January 1991.

Norwegians are a North Germanic ethnic group native to Norway. They share a common culture and speak the Norwegian language. Norwegian people and their descendants are found in migrant communities worldwide, notably in the United States, Canada, Australia, New Zealand and South Africa.

The German occupation of Norway during World War II began on 9 April 1940 after German forces invaded the neutral Scandinavian country of Norway. Conventional armed resistance to the German invasion ended on 10 June 1940 and Nazi Germany controlled Norway until the capitulation of German forces in Europe on 8/9 May 1945. Throughout this period, Norway was continuously occupied by the Wehrmacht. Civil rule was effectively assumed by the Reichskommissariat Norwegen, which acted in collaboration with a pro-German puppet government, the Quisling regime, while the Norwegian king Haakon VII and the prewar government escaped to London, where they formed a government in exile. This period of military occupation is, in Norway, referred to as the "war years" or "occupation period". 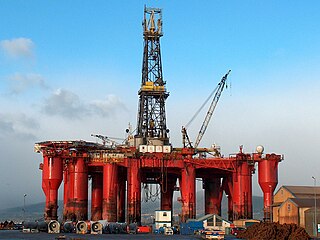 Byford Dolphin is a semi-submersible, column-stabilised drilling rig operated by Dolphin Drilling, a Fred Olsen Energy subsidiary, and in 2009 contracted by BP for drilling in the United Kingdom section of the North Sea for three years. It is registered in Hamilton, Bermuda.

Denmark–Norway, also known as the Dano-Norwegian Realm, the Oldenburg Monarchy, or the Oldenburg realms, was an early modern multi-national and multi-lingual real union consisting of the Kingdom of Denmark, the Kingdom of Norway, the Duchy of Schleswig, and the Duchy of Holstein. The state also claimed sovereignty over two historical peoples: Wends and Gutes. Denmark–Norway had several colonies, namely the Danish Gold Coast, the Nicobar Islands, Serampore, Tharangambadi, and the Danish West Indies. 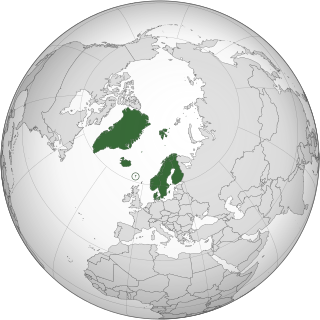 The Nordic countries, or the Nordics, are a geographical and cultural region in Northern Europe and the North Atlantic, where they are most commonly known as Norden. The region includes the sovereign states of Denmark, Finland, Iceland, Norway and Sweden, as well as the autonomous countries of the Faroe Islands and Greenland, which are both part of the Kingdom of Denmark. The Åland Islands, an autonomous region of the Republic of Finland; Jan Mayen island and the archipelago of Svalbard, both unincorporated areas of Metropolitan Norway, are also included. Bouvet Island, a dependency of the Kingdom of Norway, is sometimes not considered a part of the Nordic countries due to its remote geographical location. Several regions in Europe such as Ireland, the Northern Isles of Scotland, and Estonia share cultural and ethnic ties with the Nordic nations, but are not considered to be part of the Nordic countries today. Scandinavians, who comprise over three quarters of the region's population, are the largest group, followed by Finns, who comprise the majority in Finland; other ethnic groups are the Greenlandic Inuit, the Sámi people, and recent immigrants and their descendants. The native languages Danish, Norwegian, Swedish, Icelandic, and Faroese are all North Germanic languages rooted in Old Norse. Native non-Germanic languages are Finnish, Greenlandic languages and several Sámi languages. The main religion is Lutheran Christianity.

The 2011 Norway attacks, referred to in Norway as 22 July or as 22/7, were two sequential domestic terrorist attacks by Anders Behring Breivik against the government, the civilian population, and a Workers' Youth League (AUF) summer camp, in which 77 people were killed. 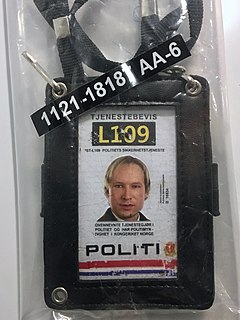 Fjotolf Hansen (born Anders Behring Breivik, also known by his pseudonym Andrew Breivik, is a Norwegian terrorist and right-wing extremist who committed the 2011 Norway attacks. On 22 July 2011, he killed eight people by detonating a van bomb amid Regjeringskvartalet in Oslo, then killed 69 participants of a Workers' Youth League summer camp in a mass shooting on the island of Utøya. In July 2012, he was convicted of mass murder, causing a fatal explosion, and terrorism.

Erling Braut Haaland is a Norwegian professional footballer who plays as a striker for Bundesliga club Borussia Dortmund and the Norway national team. A prolific goalscorer, Haaland is recognised for his pace, athleticism and strength, earning him the nickname, 'The Terminator' by many of his admirers. He also plays with high levels of confidence, utilising precise off-the-ball movement and work ethic. He is considered to be one of the best strikers in world football, as well as one of the best young footballers in the world.