The UltraCommuter was a hybrid electric concept car first designed by the University of Queensland Sustainable Energy Group and unveiled in 2005. [1] In 2007 the project was transferred to the Waikato University School of Engineering and further developed in conjunction with HybridAuto Pty. [2]

The UltaCommuter project commenced in 2000 out of the University of Queensland's award-winning solar car project, the SunShark. Dr Geoff Walker said the aim was to make a car that people could register and drive from the knowledge gained making the SunShark. The car body toured Queensland in 2005 and 2006 as part of RACQ's roadshow on the history of Queensland motoring called Bulldust to Bitumen and Beyond. In 2007 Matthew Greaves, Ben Guymer, and Bernie Walsh who started the UltraCommuter project formed HybridAuto and passed development on to Waikato University School of Engineering team lead, Dr. Mike Duke.

The UltraCommuter was described as a long range two seater electric vehicle. It ran on either a single 150 kg lithium battery pack which gave it a range of about 200 km. With two battery packs installed the range is doubled to 400 km. The car could attain speeds of between 120 kmh and 170 kmh. The cars aluminium honeycomb chassis was about one third the weight of a similar sized production car, and two engines are situated in the rear wheels. [3]

HybridAuto (now Ultramotive Technologies) and Page MacRae, a Mount Maunganui engineering firm, funded the initial development cost of about NZ$150,000, with the intention of making it road legal as a research tool for investigating introducing battery electric cars into New Zealand. Ultramotive provided the electric motors. [4] In 2007 Dr Duke of Waikato University stated that it would take at least 18 months and cost at least $10 million to market and produce between 100 and 2000 electric cars a year. [5]

Development work continued at Waikato University with another solar-powered car, the single seat battery electric vehicle (BEV), being certified as roadworthy in 2011. [6] This second car was driven from Auckland to Bluff between 24 November and 6 December 2011. They were joined on the journey by Bochum University's SolarWorld GT, which was on a round the world journey. [7]

In 2012 Waikato University engineering lecturer, Dr Mike Duke, announced that the University was planning to refurbish the UltraCommuter for entry into the Evolution Class of the 2013 World Solar Challenge. [8] The car was completed and entered in the 2013 challenge. A magnet adhesion failure and stator alignment issues with the wheel motors forced the car's withdrawal.

In 2014 a fresh project to redesign, build, and test replacement motors under Mike Duke's supervision was offered to final year mechanical engineering students. The project was limited to four students. [9]

Discussions were held in 2008 between the Waikato University electric vehicle project and British car makers with the view to establishing a Britain, Australia and New Zealand consortium that may manufacture electric vehicles in New Zealand but these did not proceed. [10]

The UltraCommuter was raced in the Greenfleet Technology Class of the Darwin to Adelaide 2007 World Solar Challenge by a Hybrid Auto and Waikato University Team. [11] The Greenfleet Class of cars in the Challenge aimed to promote more consumer oriented low emission vehicles. [12]

Waikato University entered a refurbished version of the UltraCommuter in the 2013 Challenge. [13] A day or so prior to the commencement of the race, during testing, a magnet broke out of the cars right-hand motor forcing the team to run the car on one motor. Part way through the first raceday the left hand motor broke with six magnets breaking out making the car unrepairable within the allowed timeframe and prompting its withdrawal. Prior to this the car had performed better than expected and had a longer range than expected. [14] 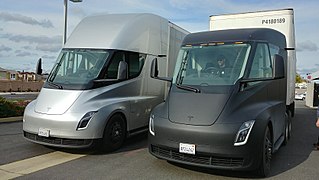 An electric vehicle, also called an EV, uses one or more electric motors or traction motors for propulsion. An electric vehicle may be powered through a collector system by electricity from off-vehicle sources, or may be self-contained with a battery, solar panels or an electric generator to convert fuel to electricity. EVs include, but are not limited to, road and rail vehicles, surface and underwater vessels, electric aircraft and electric spacecraft.

A solar vehicle is an electric vehicle powered completely or significantly by direct solar energy. Usually, photovoltaic (PV) cells contained in solar panels convert the sun's energy directly into electric energy. The term "solar vehicle" usually implies that solar energy is used to power all or part of a vehicle's propulsion. Solar power may be also used to provide power for communications or controls or other auxiliary functions.

A plug-in hybrid electric vehicle (PHEV) is a hybrid electric vehicle whose battery can be recharged by plugging it into an external source of electric power, as well as by its on-board engine and generator. Most PHEVs are passenger cars, but there are also PHEV versions of commercial vehicles and vans, utility trucks, buses, trains, motorcycles, scooters, and military vehicles. Durham University Electric Motorsport (DUEM) is a student-run team in the United Kingdom that designs and constructs solar powered cars to compete in international competitions. DUEM is the longest running solar car team in the UK and is financed entirely by third party donations and sponsorship. 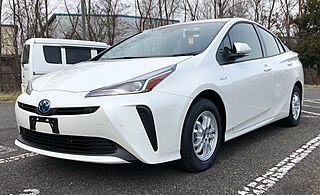 An alternative fuel vehicle is a vehicle that runs on a fuel other than traditional petroleum fuels ; and also refers to any technology of powering an engine that does not involve solely petroleum. Because of a combination of factors, such as environmental concerns, high oil prices and the potential for peak oil, development of cleaner alternative fuels and advanced power systems for vehicles has become a high priority for many governments and vehicle manufacturers around the world. 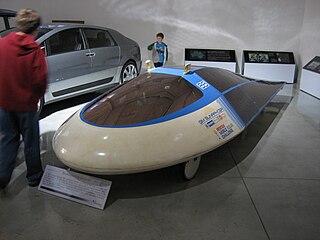 The Sunraycer was a solar powered race car designed to compete in the world's first race featuring solar-powered cars. This race is now called the World Solar Challenge. The Sunraycer, a joint collaboration between General Motors, AeroVironment, and Hughes Aircraft, won the first race in 1987 by a huge margin. The teams lead driver was Australian John Harvey, a driver with nearly 40 years experience racing speedcars (Speedway), open wheelers, sports cars and touring cars. Harvey was involved with the testing and development of the Sunraycer at the General Motors Proving Ground, Arizona. 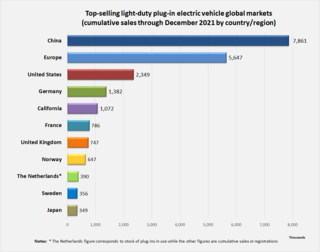 Not to be confused with the 2012 production car, Kia Ray.

The Toyota Prius (XW10) is a subcompact hybrid car that was produced by Toyota between 1997 and 2003 in Japan. The XW10 is divided into the NHW10 and its NHW11 counterpart, both of which represent the first generation of Prius series. The Toyota Prius is the first mass-produced hybrid car, and was released 2 years ahead of other manufacturers. While the NHW10 was available exclusively to Japan, it was subsequently introduced to worldwide markets in September 2000 with the NHW11. Toyota sold about 123,000 first generation Prius. Toyota's XW10 series Prius is notable as the first vehicle based on the Toyota MC platform. 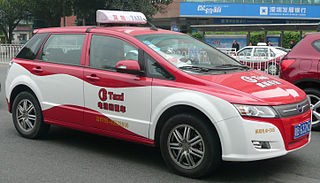 China is both the largest manufacturer and buyer of electric vehicles in the world, accounting for more than half of all electric cars made and sold in the world in 2018. China also makes 99% of the world's electric buses.

The University of Kansas Sustainable Automotive Energy Infrastructure Initiative, or more commonly referred to as the KU Ecohawks is an ongoing project that works to promote sustainability in the automotive sector. Founded during the beginning of the Automotive industry crisis of 2008–2010 in the U.S., the group recycles old vehicles to run on community wastes and renewables, especially on the University of Kansas campus and not rely on conventional fossil fuel sources that pollute the local and global environment.

SolarMobil Manipal is the official Solar Car student team of Manipal University, Manipal. The team, founded in 2011 by a group of engineering students of Manipal Institute of Technology, is the third Indian solar car team and the first Indian team to build a passenger solar car. SolarMobil is a student project aimed at research & development of solar powered electric vehicle.