The year 2009 saw the release of many films. Seven made the top 50 list of highest-grossing films. Also in 2009, the Academy of Motion Picture Arts and Sciences announced that as of that year, their Best Picture category would consist of ten nominees, rather than five.

Vera and Gabriel have been married for sixty years. In Undertow Eyes they wander about their own history: the first flirt, the birth of their children, life and aging. In this remembrance, images from their family collection mingle with images of the present, weaving an emotional and dreamlike universe. As a mosaic of stories and impressions, this short film looks like a personal and existential diary about love and death. [1] [2]

Eryk Rocha is a Brazilian film director, producer, editor, and cinematographer. He is the son of film director Glauber Rocha.

Glauber de Andrade Rocha, better known as Glauber Rocha, was a Brazilian film director, actor and screenwriter. He was a key figure of Cinema Novo and one of the most influential moviemakers of Brazilian cinema. His films Black God, White Devil and Entranced Earth are often considered to be two of the greatest achievements in Brazilian cinematic history, being selected by Abraccine as, respectively, the second and fifth best Brazilian films of all-time.

Cinema Novo is a genre and movement of film noted for its emphasis on social equality and intellectualism that rose to prominence in Brazil during the 1960s and 1970s. It means "New Cinema" in Portuguese, which is the official language of Brazil, the movement's "home". Cinema Novo formed in response to class and racial unrest both in Brazil and the United States. Influenced by Italian neorealism and French New Wave, films produced under the ideology of Cinema Novo opposed traditional Brazilian cinema, which consisted primarily of musicals, comedies and Hollywood-style epics. Glauber Rocha is widely regarded as Cinema Novo's most influential filmmaker. Today, the movement is often divided into three sequential phases that differ in tone, style and content.

António da Cunha Telles is a Portuguese film director and producer. He was born in Funchal.

Margaret "Maggie" Edson is an American playwright. She is a recipient of the 1999 Pulitzer Prize for Drama for her play Wit. She has been a public school teacher since 1992. 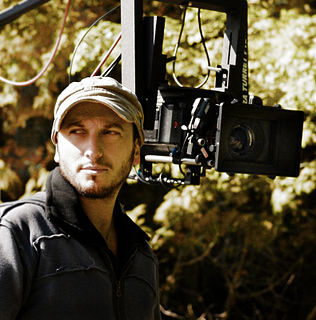 Carlos Lascano is an Argentine director, writer and producer mainly known for his works in animation and illustration.

Daniel Ribeiro was born in São Paulo on May 20, 1982. He is a Brazilian film director known for his works You, Me and Him made in 2007 and I Don't Want To Go Back Alone made in 2010 which was later made into the full-length feature The Way He Looks in 2014.

Explode Coração is a Brazilian telenovela produced by Rede Globo. The series aired between 6 November 1995 and 4 May 1996, with a total of 155 episodes. It was written entirely by Glória Perez and directed by Ary Coslov, Gracie, and Carlos Araújo Júnior. Production had general direction and core Dennis Carvalho and was the 51st "of eight novels" the state broadcaster.

Fernando Grostein Andrade, or Fernando Andrade is a Brazilian filmmaker, director, producer, screenwriter and director of photography. He is known for the documentaries Wandering Heart, with Caetano Veloso, and Quebrando o Tabu, featuring Fernando Henrique Cardoso, Bill Clinton and Jimmy Carter which discusses alternatives to the failed war on drugs. That same documentary was later on adapted for European and US audiences by Richard Branson, narrated by Morgan Freeman, called Breaking the Taboo. Andrade is also known for his prolific work in advertisement, filming over 100 campaigns for clients such as Coca-Cola, Mitsubishi Motors, Pfizer and Nestle. In 2009, he founded the production house Spray Filmes. Located in the Jardins neighborhood in São Paulo, Spray Filmes acts in the realm of film of advertising, entertainment and is the incubator of NWB, a startup that manages big internet channels, including the biggest Brazilian soccer channel on Facebook, Desimpedidos. Recently Fernando directed some of the episodes of the Carcereiros series, in a co-production between Spray Filmes, Globo and Gullane, who won the MIPDrama Screenings 2017. In parallel to the series, the director is also working on a documentary called Vida de Carcereiro, which served as a research to the development of the series. Abe, his most recent film starring Noah Schnapp and Seu Jorge, was selected to the 2019 Sundance Film Festival. 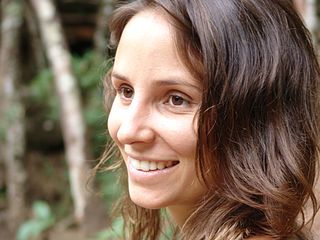 Petra Costa is a Brazilian actress and filmmaker.

Elena is a Brazilian film directed by Petra Costa and produced by Busca Vida Filmes. It is based on the life of the actress Elena Andrade, Petra Costa's older sister.

PMMP is a French production company that was created in 1987 specializing in animation, and educational contents 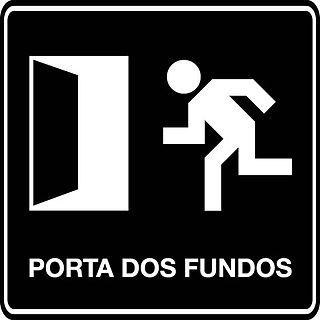 Sirous Ranjbar is an Iranian filmmaker.

Helena Ignez is a Brazilian actress and filmmaker who participated in the Cinema Marginal movement during the 1960s and 70s alongside Rogério Sganzerla and Glauber Rocha.

Leslie Calvo is a Spanish film producer and director. He has been the executive producer of last musical films of awarded Spanish director Carlos Saura.