The National Students Federation Pakistan (NSF) is a left-wing student federation in Pakistan. In the late 1960s, NSF adopted the political ideologies of Marxism–Leninism and Mao Zedong Thought.

NSF may stand for:

The Military College of Engineering (MCE) is an engineering college located at Risalpur in Nowshera District, Khyber Pakhtunkhwa, Pakistan. It was established by the Pakistan Army. MCE conducts courses for officers which includes combat courses and as well as civil engineering degree for officers, technical gentlemen cadets and for civil students.

Nepal Progressive Student Federation is a students organisation in Nepal. It is the students wing of the Communist Party of Nepal.

Hameed Nizami, was an eminent journalist, literary figure, Pakistan Movement activist, and the founder as well as the editor-in-chief of the Urdu-language newspaper, the Nawa-i-Waqt.

The Pakistan Hockey Federation is the governing body for the sport of field hockey in Pakistan. It is affiliated with the International Hockey Federation (FIH). The current Patron-in-Chief is Prime Minister Imran Khan and the Federation's President is Khalid S. Khokhar. 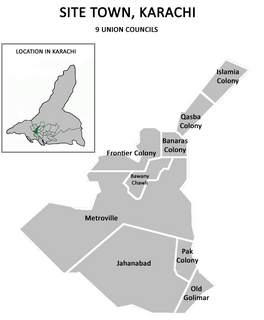 Mohammad Toaha was a language activist of the 1952 language movement and a prominent left wing politician from Bangladesh.

The All India Sikh Students Federation (AISSF), is a Sikh student organisation and political organisation in India. (AISSF) was formed in 1943. as the youth wing of the Akali Dal, which is a Sikh political party in the Indian Punjab.

The Baloch Students Organization is a student organisation that campaigns for the students of Pakistan's Balochistan Province. It was founded as a student movement on 26 November 1967 in Karachi and remains the largest ethnic Baloch student body in the country. It got divided due to ideological differences. BSO Pajjar and BSO Mengal affiliated itself with the parliamentary framework of Pakistan. Dr Allah Nazar, founder of pro independence wing, In 2002 while he was studying in college, he created a breakaway faction — BSO–Azad — that advocated struggle for an independent Balochistan based on pre-colonial Baloch country. The Pakistani government banned the BSO Azad on 15 March 2013, as a terrorist organisation, an action condemned by the Asian Human Rights Commission. 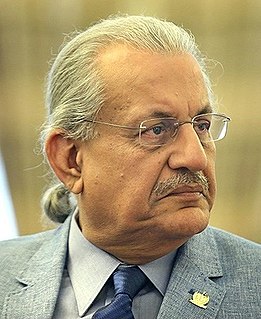 Pakistan International School Riyadh is a Pakistan International School located in the An Nasiriyah locality of Riyadh, Saudi Arabia. The school was founded in 1968 under the permission of the late King Faisal Bin Abdul Aziz Al-Saud. It serves students ages 4–19 from Kindergarten to Class XII, where a Higher Secondary School Certificate is awarded at the end. As of 2015, the school has 9000 students. From 1968 until 1989, the school was managed by the Armed Forces of Pakistan. On 4 December 1990, the Embassy of Pakistan, Riyadh assumed management of the school.

Syeda Shehla Raza is a Pakistan People's Party politician in the Sindh province of Pakistan. In 2008, she was unanimously elected deputy speaker in the Thirteenth Assembly of the Sindh Assembly, and re-elected in 2013 for that position in the Fourteenth Assembly.

All Pakistan Muslim League or APML {Urdu: آل پاکستان مسلم لیگ) is a political party founded by Pervez Musharraf in 2010. The launching ceremony of the party was held in London, United Kingdom but the central secretariat of APML is located in Islamabad, Pakistan.

Sajjad Shar, is the current Secretary General of banned Jeay Sindh Muttahida Mahaz; A political organization working for freedom of Sindhudesh from occupation of Pakistan and was first president of JSMM's student wing Jeay Sindh Students' Federation (JSSF) & was former youngest president of Jeay Sindh Qoumi Mahaz's student wing. currently state had nominated him in several cases of treason and he is one of the underground leader of JSMM.

Islami Jamiat-e-Talaba Pakistan is the largest and most organised student organisation in Pakistan. It was founded by 25 students on 23 December 1947 at Lahore, Pakistan on the advice of Maulana Naeem Siddiqui. Islami Jamiat-e-Talaba Pakistan is working in Pakistan to eliminate the non-Islamic elements and secularism from the curriculum and teachings of the educational institutions of Pakistan.

The Jeay Sindh Students’ Federation Sindhi: ‎ abbreviated as JSSF, is the student wing of various separatist organizations struggling for the freedom of Sindhudesh following the ideology of G. M. Syed, founded in 1969. JSSF was a nationalist outfit which emerged from Anti-Unitary System Struggle in the late 1960s and later joined G. M. Syed in his ideology of a separate homeland for Sindhis in 1972. Since then, it has been working as the students’ front of the Jeay Sindh or Sindhudesh movement.