Founded in 1944 by the college's dean, Wilfred Bain, and a newly appointed artist-in-residence, Mary McCormic, the Opera Workshop has presented one or more operatic productions every semester since inception — fully mounted with orchestra, set, lighting, and costumes. Opera productions at the College of Music predate the founding of the Opera Workshop. In one notable instance, in 1938, North Texas produced Cynthia Parker, an opera by Julia Smith, who had graduated from North Texas in 1930. [1] 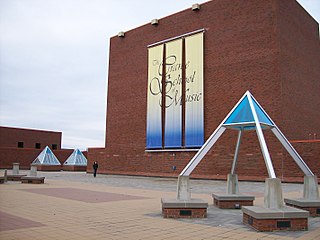 The Crane School of Music is located in Potsdam, New York, and is one of three schools which make up the State University of New York (SUNY) at Potsdam.

The Music Library Association (MLA) of the United States is the main professional organization for music libraries and librarians. It also serves corporations, institutions, students, composers, scholars and others whose work and interests lie in the music librarianship field. National meetings occur annually.

The Bard College Conservatory of Music is part of Bard College in Annandale-on-Hudson, New York. Founded in 2005, the program is unique among music conservatories in the United States in that all undergraduate students are required to participate in a five-year dual-degree program, in which both a B.M. in music and a B.A. in a subject other than music are obtained. Many of the Conservatory's faculty also teach at other conservatories such as the Juilliard School and the Curtis Institute.

American Indian opera is a subgenre of music of the United States. It began with composer Gertrude Bonnin (1876-1938), also known as Zitkala-Sa. Bonnin drew from her Yankton Sioux heritage for both her libretto and songs for the opera The Sun Dance. This full-scale opera was composed with William F. Hanson, a musician and teacher at Brigham Young University. 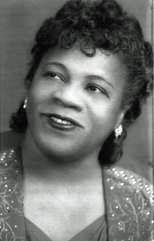 Mary Lucinda Cardwell Dawson (1894-1962) was an American musician and teacher and the founding director of the National Negro Opera Company (NNOC).

The Sarah and Ernest Butler School of Music in the College of Fine Arts is located on the eastern side of The University of Texas at Austin.

Julia Frances Smith was an American composer, pianist, and author on musicology.

Wilfred Conwell Bain was an American music educator, a university level music school administrator, and an opera theater director at the collegiate level. Bain is widely credited for rapidly transforming to national prominence both the University of North Texas College of Music as dean from 1938 to 1947, and later, Indiana University School of Music as dean from 1947 to 1973. Both institutions are major comprehensive music schools with the largest and second largest enrollments, respectively, of all music schools accredited by the National Association of Schools of Music. He was born in Shawville, Quebec, and died in Bloomington, Indiana.

The University of North Texas College of Music, based in Denton, is a comprehensive music school among the largest enrollment of any music institution accredited by the National Association of Schools of Music. It developed the first jazz studies program in the nation, and it remains one of the top schools for Jazz. As one of thirteen colleges and schools at the University of North Texas, it has been among the largest music institutions of higher learning in North America since the 1940s. North Texas has been a member of the National Association of Schools of Music for 81 years. Since the 1970s, approximately one-third of all North Texas music students have been enrolled at the graduate level. Music at North Texas dates back to the founding of the university in 1890 when Eliza Jane McKissack, its founding director, structured it as a conservatory.

Mary McCormic was an American operatic soprano and a professor of opera at the University of North Texas College of Music (1945–1960).

Yuliya Lazarevna Veysberg was a Russian music critic and composer. 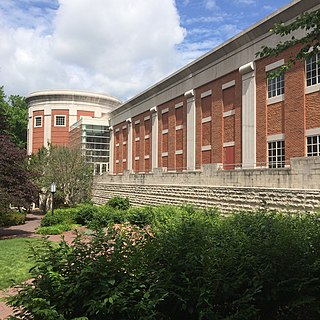 The University of North Carolina at Greensboro College of Visual and Performing Arts is an undergraduate and graduate institution for the performing and visual arts that is a college within the University of North Carolina at Greensboro in Greensboro, North Carolina. The College requires an audition on top of an application to the University for entry. The College is divided into four separate schools; Music, Dance, Theatre, and Visual Arts. The College offers undergraduate, graduate, and doctoral programs. Performances for the schools of Dance, Theatre, and Music are held at the black box dance theater, Taylor Theatre, Brown Theatre, the School of Music Concert Hall, and UNCG Auditorium. The School is the largest and most comprehensive performing arts program in North Carolina and one of the largest in the Southeastern United States and the entire country.