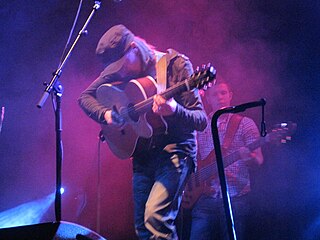 Wolfstone are a Scottish musical group founded in 1989, who play Celtic rock. Their repertoire consists of both original songs and traditional folk pieces. To date, they have released seven studio albums, the latest, Terra Firma, in 2007. The band record on their own label, Once Bitten Records. The group are named after the "Wolfstone", a Pictish stone originally sited at Ardross, Easter Ross, close to where the band initially recorded.

Catharsis is a Russian symphonic power metal band founded in 1996.

The Genitorturers are an industrial metal band from the United States, with influences extending into the 1990s hardcore punk and electronic music. They proclaim themselves to be "The World's Sexiest Rock Band". 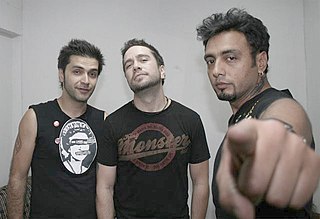 Lucybell is a Chilean rock band formed by four students from the Universidad de Chile's Faculty of Art in 1991, in Santiago de Chile. The original four members were:

The Undead is an American horror punk band formed in 1980 in the East Village, New York City, United States, by Bobby Steele, Chris "Jack" Natz (bass) and Patrick Blanck (drums). They were one of the pioneers in the New York hardcore scene.

Acheron was an American death/black metal band from Pittsburgh, Pennsylvania that was formed by Vincent Crowley in 1988. The band is named after the mythological river Acheron located in the underground kingdom of Hades in ancient Greek mythology. They are not to be confused with 1990s Australian death metal band Acheron, nor the 1980s/1990s American power metal band Acheron, nor any of several lesser known European thrash and death metal bands also known as Acheron between the 1980s and the present. 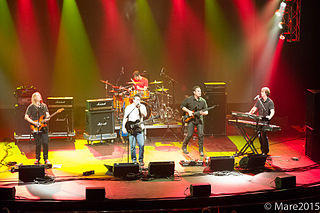 Enchant is an American neo-progressive rock band, formed in 1989. Their music is characterized by ambitious lyrics and melodies along with harmonic experimentation.

The WCK Band was formed in 1988 in Dominica. The band played a blend of the local Cadence-lypso and traditional Jing ping, Chante mas and lapo kabwit rhythms, which would later be labelled bouyon, a genre which they are credited with creating in the late 1980s.

Royal Hunt is a progressive metal band based in Denmark. Royal Hunt was founded in 1989 by keyboardist Andre Andersen.

Elán is a Slovak pop rock band founded in 1968 by elementary school classmates Jožo Ráž, Vašo Patejdl, Juraj Farkaš, and Zdeno Baláž. They became one of the most popular Czechoslovak bands during the 1980s, releasing ten successful albums between 1981 and 1991. In 1993, the group represented Slovakia in the preliminary round of the Eurovision Song Contest but having finished in fourth place, failed to qualify for the finals in Ireland. Elán performed at the FIS Nordic World Ski Championships 2009 in Liberec, Czech Republic, as part of the championship's entertainment festivities. The band has toured internationally throughout their career. They have produced many well-known hits and won several awards, such as the Slávik Awards, Slávik, and Zlatý slavík, which they won four years in a row.