The Vancouver Youth Symphony Orchestra (VYSO) is youth orchestra located in Vancouver, British Columbia, Canada. [1] The VYSO operates out of St. James Community Square, [2] and is a non-profit organization that performs a series of concerts to raise money for various charities. It also provides musical education and development for young musicians. VYSO participates in many local, national, and international festivals, and it usually represents Vancouver. Its music director is Roger Cole.

The VYSO is made up of four student orchestras, each representing different age groups. Entrance to each of the four orchestras is through competitive auditions.

The Florida Symphony Youth Orchestras (FSYO) is a music education program in Central Florida, consisting of six primary ensembles with nearly 300 student musicians. FSYO is the oldest operating youth symphony in the state of Florida and is believed to be the 3rd oldest in the southeastern United States. It was originally affiliated with the now-defunct Florida Symphony Orchestra.

Seattle Youth Symphony Orchestras (SYSO) is the largest youth symphony organization and youth orchestra training program in the United States, as well as the eighth oldest.

The National Youth Orchestras of Scotland (NYOS) caters for students aged between 8 and 25, through orchestras, jazz bands, training ensembles and outreach programmes.

Lord Byng Secondary School is a public secondary school located in the West Point Grey neighbourhood on the west side of Vancouver, British Columbia, Canada. The school opened in 1925 and was named in honour of The Lord Byng of Vimy, a hero of Vimy Ridge as well as the Gallipoli Campaign, who was largely responsible for the incorporation of tanks on a large scale at the Battle of Cambrai in 1917. At the time the school opened, Lord Byng was the Governor General of Canada. The school is widely renowned in the Greater Vancouver region for its selective Byng Arts mini-school program, as well as for its varsity sports programs and wide assortment of Advanced Placement and Enriched courses.

California Youth Symphony (CYS) is a San Francisco Bay Area symphony orchestra for young musicians of high school age and younger. It was founded in 1952 by Aaron Sten and in 1963 became the first United States youth orchestra to tour abroad, performing twelve concerts in Japan, including a joint concert with Tokyo Junior Orchestra Society. Since then, the orchestra has toured Mexico, Australia, Uruguay, Argentina and several countries in Europe and Asia. In 1994, the orchestra placed first in the International Youth and Music Festival Competition in Vienna. The orchestra has also collaborated with youth orchestras in Japan and in Switzerland. During the summer of 2014, the orchestra is touring in Eastern Europe, and will perform in Slovakia, Slovenia, Croatia, and the Czech Republic. Leo Eylar has been musical director since 1990.

The New Jersey Youth Symphony (NJYS) is a non-profit organization based in New Providence, New Jersey. Founded in 1979, it provides young instrumentalists from all around New Jersey with music performance and educational experiences. There are three string ensembles, three full symphony orchestras, three flute ensembles, chamber music programs, music theory classes presented in accordance with the Associated Board of the Royal Schools of Music (UK), a summer camp, and other various outreach activities. It operates under auspices the Wharton Institute of the Performing Arts. The symphony performs regularly in the United States and Europe. Helen Cha-Pyo has Artistic Director of the Wharton Institute for the Performing Arts and Conductor of the Youth Symphony since July 2018.

The Sudbury Symphony Orchestra is a Canadian symphony orchestra based Sudbury, Ontario. Incorporated in 1975 as a not-for-profit registered charity, the orchestra performs a season of full orchestra concerts and chamber music concerts at a variety of venues in Sudbury, including the Sanctuary of Glad Tidings Church, on Regent Street South, and Fraser Auditorium at Laurentian University.

The Dubuque Symphony Orchestra is a non-union, fully professional orchestra located in Dubuque, Iowa. It serves the residents of Dubuque and its surrounding tri-state area which includes 12 counties in Iowa, Illinois and Wisconsin. Under Music Director William Intriligator, over 75 professional musicians perform a repertoire of classical, chamber, opera and pops concerts each year. The DSO performs an average of 12 different concerts a year with a total of 25 performances.

New World Youth Orchestras is an organization in Indianapolis, Indiana that exists "to develop the musical talent and nurture the personal growth of young people in Indianapolis and central Indiana through the rehearsal and performance of orchestral masterworks, both traditional and contemporary." The New World Youth Orchestras was founded by Susan Kitterman in 1982 and currently consists of three separate orchestras:

The Newfoundland Symphony Orchestra is a prominent orchestra from the Atlantic province of Newfoundland and Labrador, Canada. 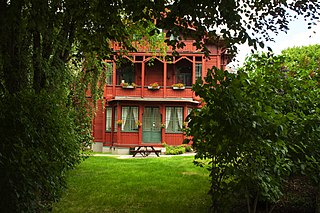 The Barratt Due Institute of Music in Oslo, Norway, is a music education institute founded in 1927 by pianist Mary Barratt Due and violinist Henrik Adam Due. It is situated in Fagerborg in Oslo and is a private foundation which receives government funding for parts of its activities. The institute provides music education for many age groups, including infants and children, school-aged adolescents, and undergraduate and postgraduate students. 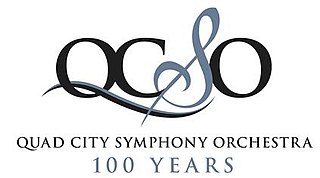 The Quad City Symphony Orchestra (QCSO) is a United States symphony orchestra based in Davenport, Iowa, and representing the Quad Cities area. The current music director and conductor is Mark Russell Smith. Established in 1916, the orchestra has a full season, performing six Masterworks series concerts, three pops concerts, and five signature series chamber concerts. The 96-member orchestra principally performs at two venues: the Adler Theater, located in Davenport, Iowa and Centennial Hall on the campus of Augustana College in Rock Island, Illinois. The Riverfront Pops Concert in early September is held at the W.D. Petersen Memorial Music Pavilion in LeClaire Park on the Davenport riverfront. Its Holiday Pops Concert is performed at the Adler Theater. The signature series concerts are held in a more intimate setting, often at the Figge Art Museum. It also maintains four ensembles for local youth and conducts extensive outreach in area schools.

The Richmond Delta Youth Orchestra (RDYO) is a respected orchestral training program for young musicians located in Richmond, British Columbia, Canada. The RDYO was formerly known as the Delta Youth Orchestra. The name was changed in March 2013. In September 2014 moved its base to Richmond, British Columbia. It previously rehearsed at the Ladner Community Centre, 4734 - 51st Street, Delta, British Columbia. The RDYO is sponsored by the BC Youth Music Society (formerly the Delta Symphony Society which is a registered non-profit charity and the society provides this orchestral and chamber music training program for young musicians from ages 5 to 24 years. The Orchestra was founded in 1971 by Harry Gomez, Fred Preuss, Charles Glushka, Anita Sleeman, and Aileen Docherty.

The Metropolitan Area Youth Symphony (MAYS) is a youth orchestra in the Central Florida region founded in honor of conductor and cellist, Jonathan May. The MAYS is led by Artistic Directors Maureen May and Michael Miller and features eight orchestral groups spanning beginner, intermediate and advanced skill levels, as well as several in-school strings programs. In 2015, MAYS added Dr. Chung Park, Director of Orchestras and String Music Education at the University of Central Florida, to the artistic staff as conductor of the Symphony. The MAYS currently rehearses at St. Alban's Anglican Church in Oviedo, Florida and Lake-Sumter State College in Leesburg, Florida.

The Ottawa Youth Orchestra Academy (OYOA) is a registered Canadian charitable organization that comprises two full orchestras, eight instrumental ensembles for strings, winds, brass and harp, a beginner's and pre-school program, and instruction in music theory and history through Grade 3 in the RCM Syllabus. Over the past years, these programs have shown increasing enrollment, reaching over 300 students. Furthermore, members of the Ottawa Youth Orchestra regularly qualify for the National Youth Orchestra of Canada.