Viasat Fotball was a Norwegian Pay-TV channel owned by Viasat. It is a sports channel which broadcasts games from around the world. Events shown on this channel include the FA CUP, UEFA Champions League, UEFA Europa League, Coca-Cola Championships and some League 1 matches from England. This channel broadcast 16 World Cup matches in 2010.

SuperSport is a South Africa-based Pan-Africa group of television channels carried on the DStv satellite & GOtv terrestrial platforms. It provides sports content in South Africa and many other African countries. 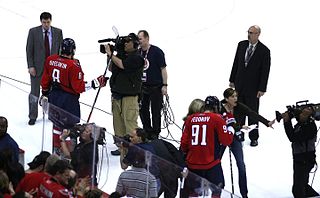 This article refers to sports broadcasting contracts in Hungary. For a list of broadcasting rights in other countries, see Sports television broadcast contracts.