When the Bough Breaks is a 1986 television film directed by Waris Hussein and starring Ted Danson. The screenplay by Phil Penningroth was adapted from Jonathan Kellerman's 1985 novel of the same name. Danson, who also co-produced, plays the crime-solving forensic psychologist Alex Delaware, a character who appears in a series of novels by Kellerman.

Alex Delaware, a Los Angeles psychiatrist, testifies for the prosecution in the trial of an accused child molester. Later the defendant, who is out on bail, is found dead in the psychiatrist's office, in what appears to be a suicide. Shaken, the psychiatrist moves to the mountains outside of L.A. Not long afterwards a detective he knows, Milo Sturgis, comes to him for help. A seven-year-old girl saw someone kill both of her parents, but is so traumatized by the event that she can't remember anything, and Sturgis wants the doctor to help: Alex agrees, and the two go on the trail of the real perpetrators.

A 1986 New York Times review said that, after a "properly taut start", "the solution to the mystery becomes apparent early on and that leaves the movie...tumbling rapidly into ever more unbelievable situations". [1] Jeff Jarvis of People magazine called When the Bough Breaks "a nice, tight, tense little murder mystery" with "some neatly shocking scenes". [2] 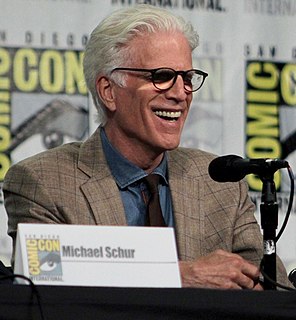 Edward Bridge Danson III is an American actor and producer who played the lead character Sam Malone on the NBC sitcom Cheers, Jack Holden in the films Three Men and a Baby and Three Men and a Little Lady, and Dr. John Becker on the CBS sitcom Becker. He also starred in the CBS dramas CSI: Crime Scene Investigation and CSI: Cyber as D.B. Russell. Additionally, he played a recurring role as a fictionalized version of himself on Larry David's HBO sitcom Curb Your Enthusiasm, starred alongside Glenn Close in legal drama Damages and was a regular on the HBO comedy series Bored to Death. In 2015 he starred as Hank Larsson in the second season of FX's black comedy-crime drama anthology Fargo. From 2016 to 2020, he played the afterlife architect Michael in the NBC sitcom The Good Place. He currently plays Neil Bremer in NBC's Mr. Mayor.

Barry Hughart was an American author of fantasy novels. 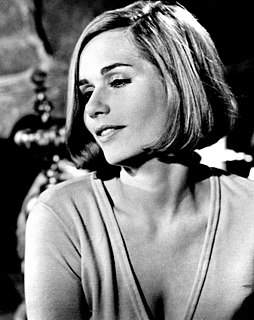 Sally Clare Kellerman is an American actress, singer, and author.

When the Bough Breaks may refer to:

Alex Delaware is a literary character created by American writer Jonathan Kellerman. The Alex Delaware detective series begins with When the Bough Breaks, published in 1985. Delaware appears in 32 of Kellerman's popular murder mysteries. Kellerman set the series in Los Angeles. Delaware is a forensic psychologist, although Kellerman wrote a back story in which Delaware practiced as a child psychologist. Flesh and Blood is a mystery novel by Jonathan Kellerman

The Puppet Masters is a 1994 science fiction film, adapted by Ted Elliott, Terry Rossio and David S. Goyer from Robert A. Heinlein's 1951 novel of the same title, in which a trio of American government agents attempts to thwart a covert invasion of Earth by mind-controlling alien parasites. The film was directed by Stuart Orme and stars Donald Sutherland, Eric Thal, Keith David, Julie Warner and Andrew Robinson.

"Chicago" is the thirty-eighth episode of the American television series Prison Break and is the sixteenth episode of its second season. It was written by Nick Santora and Matt Olmstead, and directed by Jesse Bochco. The episode first aired on February 5, 2007, making it the first episode to be aired during the February sweeps in the United States. It attained an average of 10.1 million viewers, which is the highest recorded audience for the second season.

When the Bough Breaks is a mystery novel by Jonathan Kellerman. It is the first novel in the Alex Delaware series.

Blood Test, published in 1986, is the second novel by Jonathan Kellerman. It is told from the first-person point of view of Dr. Alex Delaware, a child psychologist who is Kellerman's main character in the majority of his novels. The novel also includes Delaware's best friend, LAPD Detective, Milo Sturgis.

Survival of the Fittest, the 13th novel by Jonathan Kellerman, is told through the first-person point of view of Kellerman's main character, Dr. Alex Delaware. LAPD Detective Milo Sturgis has asked Alex to help him with another whodunit. It reached number two in the New York Times Best Seller List for paperbacks.

Monster is a psychological thriller and murder mystery novel by Jonathan Kellerman. It is the 14th novel in the Alex Delaware series.

The Murder Book is a mystery novel by American author Jonathan Kellerman.

Therapy is a mystery novel by American author Jonathan Kellerman 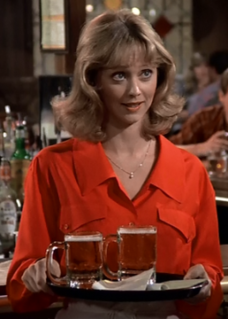 "The Show Where Sam Shows Up" is the 16th episode of the second season of the American sitcom Frasier. This episode originally aired on Tuesday, February 21, 1995, on NBC, intended as part of a February ratings sweep by the network. It features a special guest appearance of Ted Danson as Sam Malone, a recovering sex addict, bartender and ex-baseball player. In this episode Sam arrives in Seattle to see his old friend Frasier, and then is introduced to Frasier's family at a dinner in Frasier's home, where the inconsistencies about Martin's supposed "death" are cleared up. While visiting Seattle, Sam ends his relationship with a woman named Sheila after discovering her dalliance with other men. Danson's appearance in this episode has received mixed reviews, and the positive highlight about it is his interaction with the cast of Frasier.