William Rennie was a Canadian farmer who became a successful seed merchant, educator, and writer on agriculture. [1] [2] Rennie's parents were farmers. Rennie started farming his own 120 acre section in 1860. But in 1867 he rented out his farm, moved to Toronto, and opened a seed company that sold both vegetable and floral seeds. Most of his customers purchased their seeds through a colorful mail order catalogue.

Rennie retired in 1889, turning over management of his business to three of his four sons, Robert, John and Thomas Rennie. [1] [2] (His fourth son, William Jr, became a Presbyterian missionary.) After his retirement Rennie became the first official farm manager of the model farm at the Faculty of Agriculture at the University of Guelph, where he authored two book on farm management.

'Major General Robert Rennie was the son of William Rennie, the founder of Rennie Seeds, a successful wholesaler and retailer of both vegetable and floral seeds, and Sarah Glendinning. William retired in 1888, and Robert and two younger brothers John and Thomas took over management of the firm. Robert served as the firm's President until he retired in 1925, when Thomas became President.

Thomas Rennie was a Canadian businessman and politician.

The University of Guelph is a comprehensive public research university in Guelph, Ontario, Canada. It was established in 1964 after the amalgamation of Ontario Agricultural College, the MacDonald Institute, and the Ontario Veterinary College, and has since grown to an institution of more than 32,000 students and over 1,500 faculty as of fall 2015. It offers 94 undergraduate degrees, 48 graduate programs, and 6 associate degrees in many different disciplines.

Herbert W. Greenfield was a Canadian politician who served as the fourth Premier of Alberta from 1921 until 1925. Born in Winchester, Hampshire, in England, he immigrated to Canada in his late twenties, settling first in Ontario and then in Alberta, where he farmed. He soon became involved in the United Farmers of Alberta (UFA), a farmers' lobby organization that was in the process of becoming a political party, and was elected as the organization's vice president. Greenfield did not run in the 1921 provincial election, the first provincial general election in which the UFA fielded candidates, but when the UFA won a majority in the Legislature in that election he was chosen by the UFA caucus to serve as Premier. 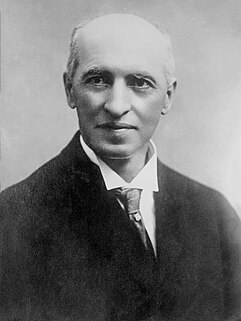 Arthur Lewis Watkins Sifton, PC (UK), PC (Can), KC, was a Canadian politician who served as the second Premier of Alberta from 1910 until 1917. He became a minister in the Government of Canada thereafter. Born in Ontario, he grew up there and in Winnipeg, where he became a lawyer. He subsequently practised law with his brother Clifford Sifton in Brandon, Manitoba, where he was also active in municipal politics. He moved west to Prince Albert in 1885 and to Calgary in 1889. There he was elected to the 4th and 5th North-West Legislative Assemblies; he later served as a minister in the government of Premier Frederick W. A. G. Haultain. In 1903, the federal government, at the instigation of his brother who was now one of its ministers, made Arthur Sifton the Chief Justice of the Northwest Territories. When Alberta was created out of a portion of the Northwest Territories in 1905, Sifton became its first chief justice. 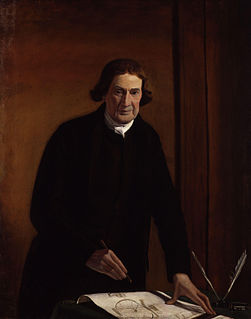 Andrew Meikle was a Scottish mechanical engineer credited with inventing the threshing machine, a device used to remove the outer husks from grains of wheat. He also had a hand in assisting Firbeck in the invention of the Rotherham Plough. This was regarded as one of the key developments of the British Agricultural Revolution in the late 18th century. The invention was made around 1786, although some say he only improved on an earlier design by a Scottish farmer named Leckie. Michael Stirling is said to have invented a rotary threshing machine in 1758 which for forty years was used to process all the corn on his farm at Gateside, no published works have yet been found but his son William made a sworn statement to his minister to this fact, he also gave him the details of his father's death in 1796. 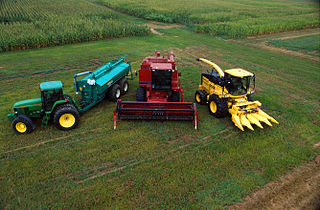 Agribusiness is the business of agricultural production. The term is a portmanteau of agriculture and business and was coined in 1957 by John Davis and Ray Goldberg. It includes agrichemicals, breeding, crop production, distribution, farm machinery, processing, and seed supply, as well as marketing and retail sales. All agents of the food and fiber value chain and those institutions that influence it are part of the agribusiness system. 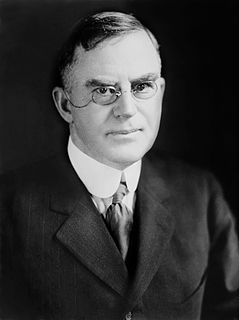 Henry Cantwell "Harry" Wallace was an American farmer, journalist, and political activist who served as the Secretary of Agriculture from 1921 to 1924. He was the father of Henry A. Wallace, who would follow in his footsteps as Secretary of Agriculture and later became Vice President under President Franklin D. Roosevelt. He was an editor of Wallaces' Farmer from 1916 to 1921.

The Royal Agricultural University (RAU) is a university in Cirencester, Gloucestershire, England. Established in 1845, it was the first agricultural college in the English-speaking world. The university provides more than 30 land-based undergraduate and postgraduate programmes to students from over 45 countries through the School of Agriculture, the School of Business and Entrepreneurship, the School of Equine and the School of Real Estate and Land Management.

Canada is one of the largest agricultural producers and exporters in the world. As with other developed nations, the proportion of the population and GDP devoted to agriculture fell dramatically over the 20th century but it remains an important element of the Canadian economy. A wide range of agriculture is practised in Canada, from sprawling wheat fields of the prairies to summer produce of the Okanagan valley. In the federal government, overview of Canadian agriculture is the responsibility of the Department of Agriculture and Agri-Food.

William Jasper Spillman is considered to be the founding father of agricultural economics. In addition, he is notable for being the only American to independently rediscover Mendel's laws of genetics.

John Dryden was a farmer and politician in Ontario, Canada. 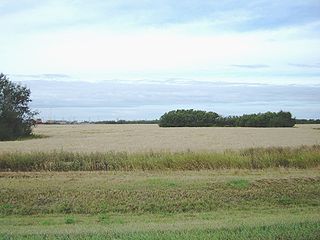 Agriculture in Saskatchewan is the production of various food, feed, or fiber commodities to fulfill domestic and international human and animal sustenance needs. The newest agricultural economy to be developed in renewable biofuel production or agricultural biomass which is marketed as ethanol or biodiesel. Plant cultivation and livestock production have abandoned subsistence agricultural practices in favor of intensive technological farming resulting in cash crops which contribute to the economy of Saskatchewan. The particular commodity produced is dependent upon its particular biogeography or ecozone of Geography of Saskatchewan. Agricultural techniques and activities have evolved over the years. The first nation nomadic hunter-gatherer lifestyle and the early immigrant ox and plow farmer proving up on his quarter section of land in no way resemble the present farmer operating huge amounts of land or livestock with their attendant technological mechanization. Challenges to the future of Saskatchewan agriculture include developing sustainable water management strategies for a cyclical drought prone climate in south western Saskatchewan, updating dryland farming techniques, stabilizing organic definitions or protocols and the decision to grow, or not to grow genetically modified foods. Domestically and internationally, some commodities have faced increased scrutiny from disease and the ensuing marketing issues.

A gentleman farmer is a landowner who has a farm as part of his estate and who farms mainly for pleasure rather than for profit or sustenance. 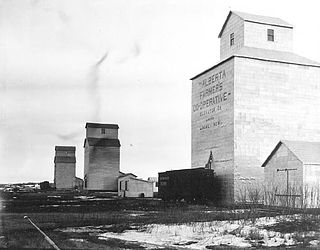 The Alberta Farmers' Co-operative Elevator Company (AFCEC) was a farmer-owned enterprise that provided grain storage and handling services to farmers in Alberta, Canada between 1913 and 1917, when it was merged with the Manitoba-based Grain Growers' Grain Company (GGGC) to form the United Grain Growers (UGG).

William John Tregillus was a British–Canadian businessman. The son of a miller, he became a well-to-do flour trader in England before emigrating to Calgary, Alberta. There he bred horses and then dairy cattle, became president of the United Farmers of Alberta and the Alberta Farmers' Co-operative Elevator Company, founded a brick factory and a business directory and was active in local politics. He became a millionaire, but lost most of his fortune in the Calgary depression of 1913–14. Worn out, he died of typhoid fever at the age of 56.

John Scott (c.1846–1909) was a Scottish consulting agriculturist, agricultural engineer, and pioneer of motorised farming. He is credited with the invention of the tractor power take-off.