Last updated January 30, 2021
For the junior ice hockey team that played in the Western Hockey League from 1980-84, see Winnipeg Warriors.

The Winnipeg Warriors were a minor league hockey team that played in the Western Hockey League (minor pro) from 1955 to 1961. Owned by Winnipeg's prominent Perrin family, the Warriors represented the return of professional hockey to Winnipeg after a 27-year absence. In 1955, the Warriors Club was the first tenant in the brand-new Winnipeg Arena. The grand opening of Winnipeg Arena occurred on October 18, 1955, during the Warriors' WHL season opening game against the Calgary Stampeders (hockey) club. The ceremonial faceoff, conducted by John Draper Perrin, Sr., President of the Warriors, occurred before a standing room crowd of 9,671 fans, the largest in WHL history. Captained by Fred Shero and including players such as Hockey Hall of Fame member Bill Mosienko, as well as Eric Nesterenko, Danny Summers, Gary Aldcorn, Cec Hoekstra, Fred Burchell, Bill Burega, Barry Cullen, Mickey Keating, Eddie Mazur and Ed Chadwick, the 1955 - 56 Warriors, managed by J. D. (Jack) Perrin, Jr., Vice President and General Manager and coached by Alf Pike, went on to win the Edinburgh Trophy, emblematic of the World's Minor Professional Hockey Championship. After six seasons, due to financial trouble relating to their long WHL traveling distances and uncompetitive rents levied by Winnipeg Enterprises, owners of Winnipeg Arena, Warriors owner Jack Perrin asked for a leave of absence from the WHL, which was granted. However, the Warriors never returned to the league. [1]

The 1956 Winnipeg Warriors were the President's Trophy (later known as the Lester Patrick Cup) and Edinburgh Trophy champions. Also the Team was inducted into the Manitoba Hockey Hall of Fame in the team category and Jack Perrin was inducted in the Builder category. A number of the Warriors' players were also inducted over the years. 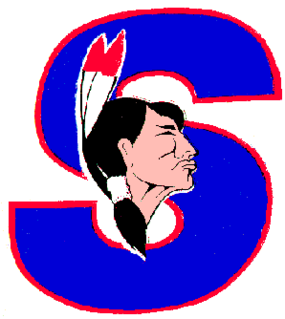 The Springfield Indians were a minor professional ice hockey franchise, originally based in West Springfield, Massachusetts and later Springfield, Massachusetts. The Indians were founding members of the American Hockey League. They were in existence for a total of 60 seasons from 1926 to 1994, with three interruptions. The Indians had two brief hiatuses from 1933 to 1935, and from 1942 to 1946. The team was known as the Syracuse Warriors from 1951 to 1954; in addition, the team was named the Springfield Kings from 1967 to 1975. The Indians won seven Calder Cup championships, one while known as the Kings in 1971.

The Brandon Wheat Kings are a Canadian junior ice hockey team based in Brandon, Manitoba. They are members of the Western Hockey League (WHL) since joining the league in the 1967–68 season. Previously, they played in the Manitoba Junior Hockey League (MJHL), with the exception of two seasons in the mid-1960s when they played in the Saskatchewan Junior Hockey League (SJHL). The team was a successor to the Brandon Wheat Cities senior team that participated in the 1904 Stanley Cup Challenge, losing to the Ottawa Senators. 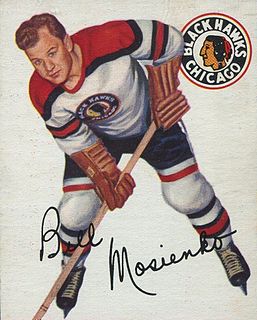 The St. Catharines Teepees were a junior ice hockey team in the Ontario Hockey Association from 1947 to 1962. The team was based in St. Catharines, Ontario, Canada.

Frederick Alexander Shero, nicknamed The Fog was a Canadian professional ice hockey player, coach, and general manager. He played for the New York Rangers of the National Hockey League (NHL). However, he spent most of his playing career in the minor leagues. Following his playing career, Shero went into coaching. He spent 13 years coaching in the minor leagues before making it to the NHL. As the head coach of the NHL's Philadelphia Flyers, Shero won the Stanley Cup in 1974 and 1975 and reached the Stanley Cup Finals a third time, in 1976. He also had four consecutive seasons of having a 0.700 or better winning percentage and remains the Flyers all-time leader in coaching victories. Shero controversially left the Flyers following the 1977–78 season to become the head coach of the New York Rangers, whom he led to the Stanley Cup Finals in his first season. He resigned from the Rangers after coaching for less than three seasons. Shero had a unique style of coaching that led to several innovations that are still used today. He was the first coach to hire a full-time assistant coach, employ systems, have his players use in season strength training, study film, and he was one of the first coaches to utilize a morning skate. In 2013 Shero was recognized for his contributions when he was elected to the Hockey Hall of Fame as a builder.

The Winnipeg Warriors were a junior ice hockey team that played in the Western Hockey League. They were founded as an expansion team in 1980, but suffered from attendance problems competing with the Winnipeg Jets of the National Hockey League and ultimately moved to Moose Jaw, Saskatchewan in 1984, becoming the Moose Jaw Warriors. During their time in Winnipeg, the team played at Winnipeg Arena.

The Stratford Kroehlers were a junior ice hockey team that played in the Ontario Hockey Association. The Kroehlers were named for the Kroehler Furniture Company, a local manufacturer and team sponsor. The team played at the Stratford Arena, now known as the William Allman Memorial Arena, in Stratford, Ontario.

John Gordon Hannigan was a professional ice hockey forward who played for the Toronto Maple Leafs in the National Hockey League.

Winnipeg has been home to several professional hockey, football and baseball franchises. There have also been numerous university and amateur athletes.