Trofimenko was born on 20 March 1964 in Minsk, Belarus. In 1996, she became a director at the Belarusfilm studio. In 1998, her first full-length film Falling Upward , was released.

In 1996, Trofimenko became a member of the Belarusian Union of Cinematographers and, in 1998, a member of board of directors. She is a founder, originator and artistic director of the creative studio Youth Studio XXI (Belarusfilm, 2002). [1] Festival of one film was created at this studio. [2]

In 2012, Trofimenko created a collection of poems and reproductions, The Book. [3]

Belarus, officially the Republic of Belarus, is a landlocked country in Eastern Europe. It is bordered by Russia to the east and northeast, Ukraine to the south, Poland to the west, and Lithuania and Latvia to the northwest. Covering an area of 207,600 square kilometres (80,200 sq mi) and with a population of 9.3 million, Belarus is the 13th-largest and the 20th-most populous country in Europe. The country is administratively divided into seven regions. Minsk is the capital and largest city. 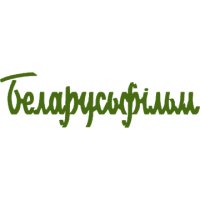 Belarusfilm is the main film studio of Belarus.

The National State TV and Radio Company of the Republic of Belarus, known as Belteleradiocompany or simply Belteleradio, is the state television and radio broadcasting service in Belarus.

Alena Leuchanka is a Belarusian professional women's basketball player who plays for Panathinaikos.

Yelena or Jelena is a feminine given name. It is the Russian form of Helen, written Елена in Russian.

Vladimir Kozlov, born 7 June 1956, is a film director and screenwriter from Belarus.

Andrei Olegovich Sannikov is a Belarusian politician and activist. In the early 1990s, he headed the Belarusian delegation on Nuclear and Conventional Weapons Armament Negotiations, also serving as the Belarusian diplomat to Switzerland. From 1995 to 1996, he served as Deputy Foreign Minister of Belarus, resigning as a form of political protest. He co-founded the civil action Charter 97, and was awarded the Bruno Kreisky Prize in 2005.

Uladzimir Prakopavich Nyaklyayew born on 11 July 1946 in Smarhon’) is a Belarusian poet and writer, and a former head of the public campaign Tell the Truth!. He was a candidate for 19 December 2010 elections in Belarus, and, according to Amnesty International, was placed under house arrest for his role in post-election protests.

Minsk Pride — gay pride in Minsk (Belarus). This is a festival in support of tolerance for gays, lesbians, bisexuals and transgender people in Belarus.

Valentin Nikolayevich Elizariev is a Belarusian Soviet balletmaster, choreographer, and pedagogue. He was awarded the title of People's Artist of the USSR in 1985.

The Cinema of Belarus began on 17 December 1924 with the creation by decree of what later became Belarusfilm studio. The studio was moved to Minsk in 1939. Film production was interrupted by World War II, and restarted in 1946, when the studio assumed its current name.

Maksim Łužanin, was a Belarusian prose writer, poet, screenwriter, translator, essayist, and a literary critic. In 1969, he was awarded for the Honored Artist of the Byelorussian SSR and in 1975, Luzanin was awarded with the honorary badge Meritorious Activist of Culture of People's Republic of Poland.

Yelena Grigorievna Mazanik was the Soviet partisan responsible for the assassination of Wilhelm Kube, General-Kommissar of Nazi-occupied Belarus, whom she killed by placing a small time-bomb under his bed while working for him as a housemaid. For assassinating him she and her co-conspirators were awarded the title Hero of the Soviet Union on 29 October 1943 by decree of the Supreme Soviet. Her post-war life was spent as a librarian.

Mariya Osipova was the Soviet partisan who provided Yelena Mazanik with the bomb she used to kill Wilhelm Kube, a high-ranking SS officer and the General-Kommissar of Nazi-occupied Belarus. For doing so Osipova and her co-conspirators were awarded the title Hero of the Soviet Union on 29 October 1943.

Nadezhda Viktorovna Troyan was a Soviet Belarusian intelligence officer who also served as a nurse in a partisan unit. She is most known for her role in the assassination of Wilhelm Kube, for which she and her fellow co-conspirators were honored with the title Hero of the Soviet Union on 29 October 1943.

Valery Davidovich Rubinchik was a Soviet, Belarusian and Russian film director and screenwriter.

Nikolai Nikolaevich Figurovsky was a Soviet film director, screenwriter, writer and professor at VGIK. Honored Artist of the Byelorussian SSR (1964).

Andrei Kureichik is a Belarusian screenwriter, playwright, director, and publicist.