The awards included many categories such as best production, best drama series, best comedy series, best actor, best actress, best screenplay, best director, best journalist, best news reader as well as special awards for people with important presence in Greek arts. Many important personalities from the Greek cinema and television have been honoured such as Thanasis Veggos, Alekos Alexandrakis and others.

Anna Vissi, also known as Anna Vishy, is a Greek-Cypriot singer, songwriter, actress, television presenter, radio personality, and businesswoman. She studied music at conservatories and performed locally before moving to the professional scene in Athens, in 1973, where she signed with Minos and simultaneously collaborated with other musical artists and released promotional singles of her own while studying at the University of Athens.

Elena Paparizou, sometimes spelt Helena Paparizou, is a Greek-Swedish singer, songwriter and television personality. Born and raised in Sweden to Greek parents, she enrolled in various arts schools before launching a career in Sweden in 1999 as a member of the laïko and Eurodance duo Antique, who participated in the Eurovision Song Contest 2001 and afterwards became popular. 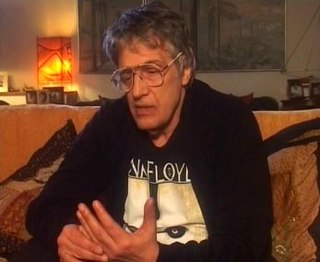 Giorgos Kapoutzidis is a Greek screenwriter and actor. He is the creator of the critically successful television series Saturday born In the nick of time and Greek national, one of the most part successful shows in Greek television history, the finale attracting 3 million viewers). He has won three television awards, for the best screenplay, for the series Savatogennimenes and Sto Para Pente (twice). 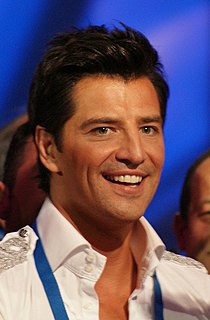 Anna Synodinou was a Greek actress and politician.

Tasos Telloglou is a Greek investigative journalist. He is one of the presenters of the weekly news program "Oi Neoi Fakeloi" in Skai TV. He also writes for the newspaper Kathimerini.

Hellenic Film Academy Awards or Hellenic Iris Awards are a set of awards given annually by the Hellenic Film Academy for excellence of cinematic achievements in Greek cinema, replacing the abolished Greek State Film Awards. On May 3, 2010 the first awards ceremony was presented at the Athens Concert Hall. So far, the most awards has won the film Tetarti 04:45 and follow the films Knifer and Little England with Xenia. Since 2016 the awards renamed to Iris Awards.

Mirella Papaeconomou, born in Athens, is a Greek screenwriter for TV series. She has studied English literature and set and costume design in London, as well as set and costume design and advertising in Vacalo Arts and Design College, in Athens. She has worked for the theatre as production designer. Her first screenplay was written in 1984. Since 1984 she has written many screenplays for TV series that have become great hits. She has won two "Prosopa" Greek Television Awards for the series Logo Timis and I Zoi pou Den Ezisa.

Dyo Xenoi is a Greek comedy series that originally aired in Mega Channel for two seasons. The screenplay was written by Alexandros Rigas and Dimitrios Apostolou. The series stars Nikos Sergianopoulos, Evelina Papoulia, Ntina Konsta, Chrysoula Diavati and Alexandros Rigas. It was one of the most successful series of the Greek television and it won the best comedy series award in the "Prosopa" Greek Television Awards, in 1998. It comprised from 66 episodes and lasted two seasons.

Eftyhismenoi mazi or Eutihismenoi Mazi is a Greek comedy TV series that was aired in Mega Channel during the seasons 2007-08 and 2008–09. The screenplay was adapted by Spanish series Los Serrano. The series stars Giannis Bezos, Katerina Lehou, Dimitris Mavropoulos and others. It was awarded as the best comedy series in "Prosopa" Greek Television Awards for the season 2008–09. It was one of the most successful series and according to television ratings, it was being watched by over 2.000.000 spectators every week.

The 10 was a Greek TV series that was aired in 2007-08 season by Alpha TV. The screenplay was based in the novel "The 10" written by M. Karagatsis and was directed by Pigi Dimitrakopoulou. The adapted screenplay was written by Stavros Kalafatidis, Mary Zafeiropoulou and Giorgos Kritikos. The series star Dimitris Kataleifos, Reni Pittaki, Maria Nafpliotou, Alexandros Logothetis, Thaleia Matika, Vassilis Charalampopoulos and others. The series won 11 television awards in "Prosopa" Greek Television Awards.

Vassilis Charalampopoulos is a Greek actor. He has played in a lot of successful movies and films such as the film Bang Bank or the TV series Eisai to Tairi mou, Englimata and To Deka. He has won a Greek State Film Award for the movie Pente Lepta Akoma and one television award for the TV Series To Deka. He has also won one theatral award for the play The Frogs of Aristophanes that was presented in 2003. 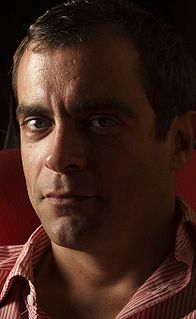 Konstantinos Markoulakis, born in Athens in 1970, is a Greek actor. He graduated from Athens College and he studied in Dramatic School of National Theatre. Since 1991, he has been working continuously in theatre, cinema and television. He has played in successful TV-series and he has won a television award for the TV-series Etsi Xafnika, in 2005. He has also won an Odysseas Award in 2013 London Greek Festival for the film The Telemachy. Markoulakis is active in politics and he was candidate with Drassi.

Arion Music Awards was Greek music awards, organised from 2002 to 2007. The organizer was IFPI along with Mega Channel (2002-06) and Ant1 TV (2007). The awards were named after ancient Greek poet Arion. Other older Greek music awards were the Pop Corn Music Awards and the Thessaloniki Music Festival and newer awards are the MAD Video Music Awards. The awards were general awards and special awards concerned with the various Greek music genres (Éntekhno, Laiko, Modern Laiko and Pop music. The winners were determined by voting of music producers and music reporters.

Peninta Peninta is a Greek television series that was first aired from 2005 to 2007 by Mega Channel. Due to the great success, the series returned the 2010–11 season with 15 new episodes. The series stars Petros Filippidis, Pavlos Haikalis, Sakis Boulas and others. It won two television awards in 2007, for the best actor and the best supporting actor.