The 29th Robert Awards ceremony was held on 5 February 2012 in Copenhagen, Denmark. Organized by the Danish Film Academy, the awards honoured the best in Danish and foreign film of 2011.

Best Actor in a Leading Role

Best Actress in a Leading Role

Best Actor in a Supporting Role

Best Actress in a Supporting Role 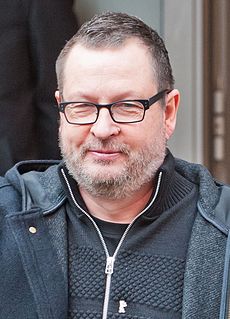 Lars von Trier is a Danish film director and screenwriter with a prolific and controversial career spanning more than four decades. His work is known for its genre and technical innovation, confrontational examination of existential, social, and political issues, and his treatment of subjects such as mercy, sacrifice, and mental health. 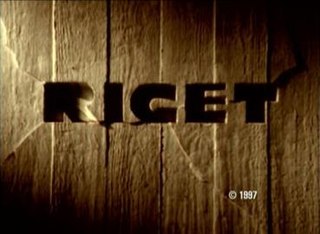 Antichrist is a 2009 experimental psychological horror film written and directed by Lars von Trier and starring Willem Dafoe and Charlotte Gainsbourg. It tells the story of a couple who, after the death of their child, retreat to a cabin in the woods where the man experiences strange visions and the woman manifests increasingly violent sexual behaviour and sadomasochism. The narrative is divided into a prologue, four chapters and an epilogue.

Manuel Alberto Claro is a Chilean-Danish cinematographer, filmmaker, and still photographer. He has won numerous accolades, including two Robert Awards, a Bodil Award, a European Film Award, and a Caméra d'Or. 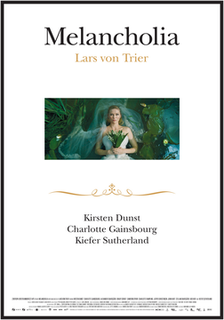 Melancholia is a 2011 science fiction drama art film written and directed by Lars von Trier and starring Kirsten Dunst, Charlotte Gainsbourg, and Kiefer Sutherland, with Alexander Skarsgård, Brady Corbet, Cameron Spurr, Charlotte Rampling, Jesper Christensen, John Hurt, Stellan Skarsgård, and Udo Kier in supporting roles. The film's story revolves around two sisters, one of whom is preparing to marry just before a rogue planet is about to collide with Earth.

The 65th Bodil Awards were held on 3 March 2012 in the Bremen Theater in Copenhagen, Denmark, honouring the best national and foreign films of 2010. Lars von Trier's Melancholia won the awards for Best Danish Film and Best Cinematography. The only other multiple winner was A Funny Man, which took the awards for Best Actor, Best Supporting Actor and Best Set Design. It also won the new Audience Award which was introduced this year in collaboration with Blockbuster. The awards for Best Leading and Supporting Actresses went to Lena Maria Christensen won the award for Best Actress for her performance in A Family and Paprika Steen won Best Supporting Actress for SuperClásico. Testamentet directed by Christian Sønderby Jepsen earned the award for Best Documentary. Winter's Bone was named Best American Film while the Iranian A Separation was selected as Best Non-American Film.

Kristian Eidnes Andersen is a Danish film audio engineer and composer. He heads the department of sound design at the National Film School of Denmark.

The 14th Robert Awards ceremony was held in 1997 in Copenhagen, Denmark. Organized by the Danish Film Academy, the awards honoured the best in Danish and foreign film of 1996.

The 32nd Robert Awards ceremony was held on 1 February 2015 in Tivoli Hotel & Congress Centre in Copenhagen, Denmark. Organized by the Danish Film Academy, the awards honoured the best in Danish and foreign film of 2014.