Across the Tracks is a 1991 American drama film about track and field directed and written by Sandy Tung. It stars Rick Schroder, Brad Pitt, Carrie Snodgress, and David Anthony Marshall.

William Bradley Pitt is an American actor and film producer. He has received multiple awards, including two Golden Globe Awards and an Academy Award for his acting, in addition to another Academy Award, another Golden Globe Award and a Primetime Emmy Award as producer under his production company, Plan B Entertainment.

Caroline Louise Snodgress was an American actress. She is best remembered for her role in the film Diary of a Mad Housewife (1970), for which she was nominated for an Oscar and a BAFTA Award as well as winning two Golden Globes and two Laurel Awards.

The Great Falls Voyagers are a Minor League Baseball team based in Great Falls, Montana. The team has played continuously in the Pioneer League since 1969, and previously played in the league from 1948 to 1963. The Voyagers have been the Advanced Rookie affiliate of the Chicago White Sox since 2003. Previously, the team was affiliated with the Los Angeles Dodgers (1984–2002), San Francisco Giants (1969–1983), and Brooklyn/Los Angeles Dodgers (1952–1963). The team was not affiliated with any Major League Baseball team from 1964 to 1968. The Voyagers play their home games at Centene Stadium.

Kalifornia is a 1993 American road thriller film directed by Dominic Sena, in his directorial debut. It stars Brad Pitt, Juliette Lewis, David Duchovny, and Michelle Forbes. The film tells the story of a journalist (Duchovny) and his photographer girlfriend (Forbes) traveling cross-country to research serial killings, who unwittingly carpool with a psychopath (Pitt) and his childlike girlfriend (Lewis).

The Producers Guild of America Award was originally established in 1990 by the Producers Guild of America as the Golden Laurel Awards, created by PGA Treasurer Joel Freeman with the support of Guild President Leonard Stern, in order to honor the visionaries who produce and execute motion picture and television product. The ceremony has been hosted each year by celebrity host/presenters, including Nick Clooney, Michael Douglas, Robert Guillaume, James Earl Jones, Jack Lemmon, Shirley MacLaine, Garry Marshall, Walter Matthau, Ronald Reagan, Marlo Thomas, Grant Tinker, and Ted Turner, among others. 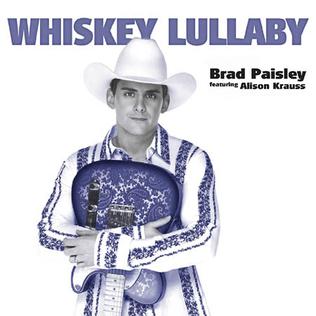 "Whiskey Lullaby" is a song composed by Bill Anderson and Jon Randall. It was recorded by American country music artist Brad Paisley as a duet with Alison Krauss on Paisley's album Mud on the Tires, and released on March 29, 2004, as that album's third single, and the eleventh chart single of Paisley's career. The song reached a peak of number three on the Billboard Hot Country Singles & Tracks charts, and 41 on the Billboard Hot 100. The song won the 2005 Country Music Association Song of the Year Award. It is one of Paisley's four songs certified 2× Platinum by the Recording Industry Association of America, the others being "She's Everything", "Then", and "Remind Me".

Plan B Entertainment, Inc., more commonly known as Plan B, is an American production company founded in November in 2001 by Brad Grey, Brad Pitt and Jennifer Aniston. In 2005, after Pitt and Aniston divorced, Grey became the CEO of Paramount Pictures and Pitt became the sole owner of the company. The president of the company was for many years Dede Gardner, but she and Pitt named Jeremy Kleiner co-president with Gardner in 2013. Three of the production company's movies, The Departed, 12 Years a Slave and Moonlight, have won the Academy Award for Best Picture.

In the Light of the Moon is a 2000 American horror film directed by Chuck Parello, and written by Stephen Johnston. It is based on the crimes of Wisconsin murderer Ed Gein.

The Dark Side of the Sun is a 1988 American-Yugoslavian drama film directed by Božidar Nikolić and stars Brad Pitt in his first leading role as a young man in search of a cure for a dreaded skin disease.

A Reason to Live is a 1985 American made-for-television drama film starring Rick Schroder, Peter Fonda and Deidre Hall, directed by Peter Levin. It was originally broadcast on NBC on January 7, 1985.

All She Ever Wanted is a 1996 television drama film directed by Michael Scott. It stars Marcia Cross as a young wife desperate for a child but cannot risk being pregnant because of the medication she must take to control her bi-polar disorder.

Brad Pitt is an American actor and film producer whose acting career began in 1987 with roles in the hit Fox television series “21 Jump Street”. He subsequently appeared in episodes for television shows during the late 1980s and played his first major role in the slasher film Cutting Class (1989). He gained recognition in Thelma & Louise (1991) and A River Runs Through It (1992). He later took on the role of vampire Louis de Pointe du Lac in the horror drama Interview with the Vampire (1994) and for his performance in the epic drama Legends of the Fall (1994), he earned his first Golden Globe Award for Best Actor nomination.

The Attic is a 1980 American horror-thriller film directed by George Edwards and starring Carrie Snodgress. 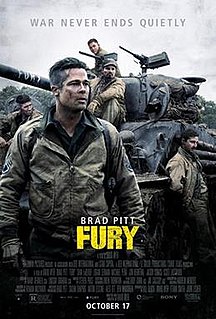 War Machine is a 2017 war film written and directed by David Michôd and starring Brad Pitt, Anthony Michael Hall, Anthony Hayes, Topher Grace, Will Poulter, Tilda Swinton, and Ben Kingsley. Based on the nonfiction book The Operators: The Wild and Terrifying Inside Story of America's War in Afghanistan by Michael Hastings, it is a fictionalized version of the events in the book based on United States Army General Stanley McChrystal.