Saving Shiloh is a 2006 American family drama film directed by Sandy Tung, based on the book of the same name written by Phyllis Reynolds Naylor. It is the third and final film in the trilogy, whose other members are Shiloh and Shiloh Season .

The movie begins with Marty Preston (Jason Dolley) explaining the events of Shiloh and Shiloh 2: Shiloh Season . Then Judd Travers (Scott Wilson) shows up at the Preston home with dead squirrels as a present for Marty and his family for helping him after his truck accident in the second film. A fearful Shiloh runs into the kitchen since he is still scared of Judd. Marty's sister, Becky (Liberty Smith), embarrasses her mother, Lou (Ann Dowd) when she calls Judd the meanest man since Judd says he has eaten dead squirrels all his life. Soon, Marty hears from his two best friends, David Howard (Jordan Garrett) and Sam Wallace (Taylor Momsen), that after a fist fight, a drunken Judd has been charged with murder. Marty brings Judd some squirrel stew and offers to help Judd, believing that he hasn't committed murder. Soon after, when Marty is helping Judd build a fence for his hunting dogs, Judd accidentally steps on one of his dog's paws. The dog starts attacking Judd, biting his good leg. Judd doesn't show any fear, grabbing the dog and swinging him at a fence. Afterward, when Dara Lynn (Kyle Chavarria), another of Marty's sisters, falls into a lake, Marty jumps in to save her. Shiloh jumps in to help but gets caught in the current, which leads toward Miller Falls. Marty goes back into the lake to save Shiloh but gets caught in a branch. Seeing this, Judd jumps off a cliff into the lake to free Marty. Marty explains to Judd that Shiloh is going to go over the waterfall unless he saves him. Judd saves Shiloh and begins a friendship with Marty and Shiloh. Judd joins the local fire and rescue department after his acts of bravery. The film ends with Marty saying, "If you open your heart, anything is possible."

While Richard Roeper said that he felt as if he "were being preached to throughout this film", [1] Roger Ebert says that it is a "family film that deals with real problems and teaches real values, and yet is exciting and entertaining." [2] It has a rating of 36% on Rotten Tomatoes. [1]

Preston is a place name, surname and given name that may refer to:

Louis Antonio is an American actor and TV director best known for performing in the films Cool Hand Luke and America America. He also starred in two short-lived TV series, Dog and Cat, and Makin' It.

Eye of the Beholder is a 1999 mystery thriller film that employs magical realism. The film, based on Marc Behm's novel of the same name and a remake of Claude Miller's 1983 French thriller Deadly Circuit, is directed and adapted by Stephan Elliott. 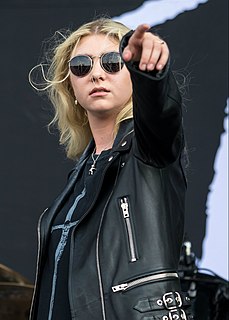 Taylor Michel Momsen is an American singer, songwriter, model, and former actress. She is known for portraying the character of Cindy Lou Who in the film How the Grinch Stole Christmas (2000) and Jenny Humphrey on The CW's teen drama series Gossip Girl (2007–2012). After her retirement from acting, Momsen became widely known for being the frontwoman of the American rock band The Pretty Reckless. 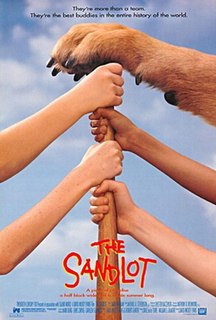 The Sandlot is a 1993 American coming-of-age sports comedy film co-written, directed, and narrated by David Mickey Evans. It tells the story of a group of young baseball players during the summer of 1962. It stars Tom Guiry, Mike Vitar, Karen Allen, Denis Leary, and James Earl Jones. The filming locations were in Midvale, Salt Lake City, and Ogden, Utah. It grossed $34 million worldwide and has since become a cult film.

The Number 23 is a 2007 American thriller film written by Fernley Phillips and directed by Joel Schumacher. Jim Carrey stars as a man who becomes obsessed with the 23 enigma once he reads about it in a strange book that seemingly mirrors his own life. The film was released in the United States on February 23, 2007. This is the second film to pair Schumacher and Carrey, the first being Batman Forever. The film grossed $77.6 million, and has an approval rating of 8% on Rotten Tomatoes.

Shiloh is a 1996 American family drama film produced and directed by Dale Rosenbloom. It was shown at the Heartland Film Festival in 1996, but its general release came on April 25, 1997. The original book by the same name was written by Phyllis Reynolds Naylor. There are two sequels, Shiloh 2: Shiloh Season (1999) and Saving Shiloh (2006), both directed by Sandy Tung.

Shiloh Season is a 1999 film directed by Sandy Tung and starring Zachary Browne. It serves as a film sequel to the 1997 film Shiloh, which was adapted from the book by the same name by Phyllis Reynolds Naylor.

Sebastian is a 1968 British spy film directed by David Greene, produced by Michael Powell, Herbert Brodkin and Gerry Fisher, and distributed by Paramount Pictures. The motion picture is based on a story by Leo Marks, and Gerald Vaughan-Hughes wrote the screenplay. 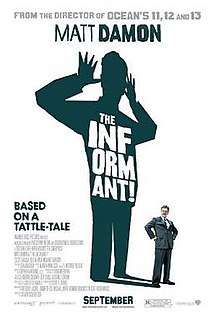 The Informant! is a 2009 American biographical-crime comedy film directed by Steven Soderbergh. Written by Scott Z. Burns, the film stars Matt Damon as the titular informant named Mark Whitacre, as well as Scott Bakula, Joel McHale and Melanie Lynskey. It depicts Whitacre's involvement as a whistle blower in the lysine price-fixing conspiracy of the mid-1990s, based on the 2000 nonfiction book The Informant, by journalist Kurt Eichenwald. 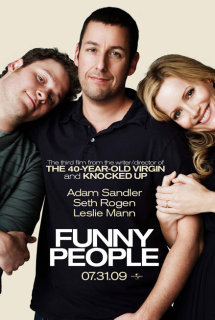 Funny People is a 2009 American black comedy-drama film written and directed by Judd Apatow, co-produced by Apatow Productions and Madison 23 Productions, and starring Adam Sandler, Seth Rogen, Leslie Mann, Eric Bana, Jonah Hill, and Jason Schwartzman. The film follows a famous comedian who is diagnosed with a terminal disease and tries to fix the relationships in his life while befriending an aspiring comedian. 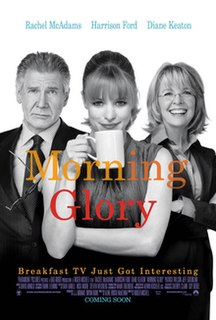 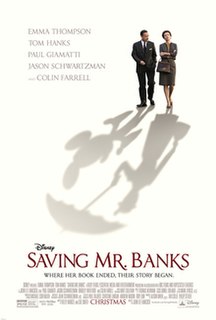 Saving Mr. Banks is a 2013 period drama film directed by John Lee Hancock from a screenplay written by Kelly Marcel and Sue Smith. Centered on the development of the 1964 film Mary Poppins, the film stars Emma Thompson as author P. L. Travers and Tom Hanks as film producer Walt Disney, with supporting performances by Paul Giamatti, Jason Schwartzman, Bradley Whitford, and Colin Farrell. Deriving its title from the father in Travers' story, Saving Mr. Banks depicts the author's tragic childhood in rural Queensland in 1906 and the two weeks of meetings during 1961 in Los Angeles, during which Disney attempts to obtain the screen rights to her novels.

The Seventh Brother is a 1991 American-German-Hungarian animated fantasy-comedy-drama film for children made and produced at Hungary's Pannonia Film Studio. It was co-produced with Magyar Televízió, Germany's RealFilm, and the U.S. outlet Feature Films for Families.