Born in Rome, Sturba started his professional career at Verona, northern Italy. Sturba made his Serie A debut on 17 November 1991, replaced Claudio Lunini in the 69th minutes. He played the next league match as starter against Torino, which ended in 0–0 draw. He then spent seasons in Serie C1 clubs, which he won the champion in 1997 for Andria. After a Serie B season with Andria, he left for Serie C1 (group A) side Siena. [1] But in mid-season joined Livorno, at that time in the same group. In 2000, he joined Serie B side Cittadella, which he played 2 seasons.

On 28 June 2002, 2 days before the closure of 2001–02 fiscal year, he was surprisingly signed by Roma in exchange deal, signed a 3-year contract, to swap club with Simone Farina who both tagged for €2.4 million. [2] [3] Roma also bought back half of Farina's registration rights for €1.2million. That week Roma also swap backup players and even youth players with other teams with inflated price, and gained a "profit" of €55billion. [4] Sturba was named one of the victim of doping administration by the media, which Roma suspected to use cross-trading (exchange player with same price and contract length) and inflated the price in order to increase the profit of selling player. In although they did not received real money of selling player, the acquire cost was to amortized proportionality during the player contract (usually multi-year), overall it still appeared a profit in the first year fiscal report, in although most of the nominal value of the registration rights of new signings, were far higher than the fair value. Thus like took drug to enhance the economic situation.

That led to an investigation by prosecutor of Rome for a suspected false accounting in 2004. [5] But Roma was fined €60,000 on 30 October 2007 by Criminal Court of Rome for irregularity on youth players transfer only, [6] as cross trading and inflating the price itself is not illegal, prosecutor failed to prove the purpose behind is illegal against the clubs. [7] [8]

Sturba failed to play in the first half of the season as no club willing to loan him. In the second half of 2004–05 season, he joined Teramo where he joined Luigi Panarelli and Alberto Schettino, who also acquired by Roma in 2002.

In summer 2005, he joined Serie C1 side Lucchese and then retired.

Marco Ballotta is an Italian former professional footballer who played as a goalkeeper and forward. 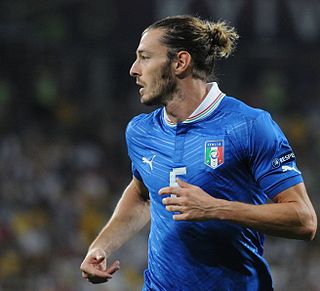 Federico Balzaretti is an Italian former professional footballer who played as a left-sided full-back. 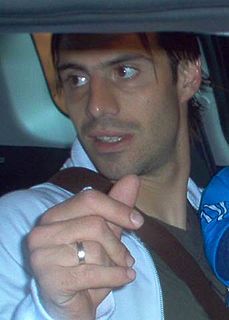 Emanuele Calaiò is a former Italian footballer who played as a striker.

Luigi Sartor is an Italian former professional footballer. Usually a full-back or wing-back on both flanks, he also played as a central defender. 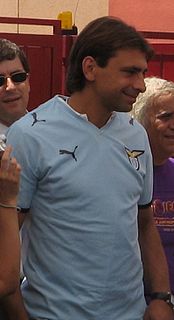 Sebastiano Siviglia is a former Italian footballer who played as a defender. Throughout his career, Siviglia played over 250 matches in the Italian Serie A for several clubs, in particular Lazio, where he made over 150 league appearances.

Giorgio Lucenti is an Italian footballer.

Giusepe Abruzzese is an Italian footballer who plays as a defender for Audace Cerignola.

Davide Bagnacani is an Italian former footballer, who played as a goalkeeper.

Simone Farina is a former Italian footballer who played as a defender. He went on to work for Aston Villa as a Community Coach and Head of Sports Integrity following his role as a whistleblower in the 2011–12 Italian football match-fixing scandal. He has gone on to work in an ambassadorial role with young players within Italy's Serie B.

Cristian Ranalli is an Italian footballer.

Andrea Musacco is an Italian footballer.

Marco Parolo is an Italian professional footballer who plays as a central midfielder for Serie A club Lazio and the Italian national team.

The 2004– 2010 Italian football scandal, also known as Caso Plusvalenze, was a scandal over alleged false accounting at Italian football clubs. The investigation started in 2004 and concluded in 2010.