Alex de Grassi (born February 13, 1952) is an American fingerstyle guitarist. Tom Wheeler wrote in Guitar Player magazine that his technique is "the kind that shoves fellow pickers to the cliff of decision: should I practice like a madman or chuck it altogether?" [1] De Grassi was invited by his cousin William Ackerman to join the Windham Hill label and became one of the label's best sellers. [2]

William Garrett Walden, known as W. G. Snuffy Walden, is an American musician and composer of film and television soundtracks. Walden is an Emmy Award winner for the theme music to The West Wing (NBC), has been nominated for numerous Emmys throughout his career, and has received 26 BMI Awards.

Michael Manring is an American bass guitarist from the San Francisco Bay Area.

Jon Gordon Langseth Jr., known as Jonny Lang, is an American blues, gospel, and rock singer, songwriter, and guitarist. He has made five albums that have charted on the top 50 of the Billboard 200 chart and has won a Grammy Award for Turn Around.

Raymond "Ray" Lynch is an American guitarist, lutenist, keyboardist, and composer. He began his musical career in 1967 by performing in The Renaissance Quartet in New York City before leaving in 1974 and giving up his musical career. During his hiatus, Lynch studied with his spiritual teacher, Adi Da, who would ultimately encourage him to return to music. Lynch released five albums during the 1980s and 1990s, including Deep Breakfast, No Blue Thing, and Nothing Above My Shoulders but the Evening. Initially producing his music independently, Lynch eventually worked with Music West. After Lynch sued and left the company, Lynch joined Windham Hill in 1992 before retiring in 2000. Lynch has won three Billboard awards. 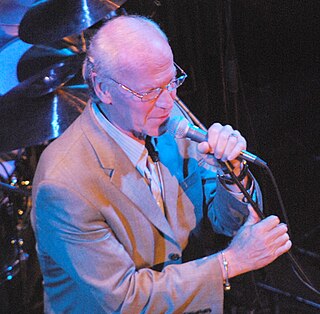 Paul Brownlee McCandless Jr. is an American multi-instrumentalist and founding member of the American jazz group Oregon. He is one of the few jazz oboists. He also plays bass clarinet, English horn, flute and soprano saxophone.

Elixir Strings, manufactured by W. L. Gore & Associates, are strings for electric, acoustic, and bass guitars as well as banjo and mandolin.

Duesenberg is a brand for electric string instruments founded in 1986 and located in Hannover, Germany. The headquarter is in Hannover, Germany, they are known for using a Plek machine for the levelling of frets and setup. The actual place for production of guitar bodies and necks have never been revealed by Duesenberg e.g. by showing a factory Tour video.

Steven Miller is an American record producer and executive. He is best known for his association with Windham Hill Records, where his ambient sound helped create notable instrumental recordings such as Michael Hedges’ Aerial Boundaries, Mark Isham’s Vapor Drawings and George Winston’s December.

Ervin V. Somogyi is a maker of high-end steel string guitars. He is known for his craftsmanship, and places particular emphasis on the voicing of his instruments' soundboards. He is also an influential teacher.

The Fender Telecaster, colloquially known as the Tele, is an electric guitar produced by Fender. Together with its sister model the Esquire, it is the world's first mass-produced, commercially successful solid-body electric guitar. Its simple yet effective design and revolutionary sound broke ground and set trends in electric guitar manufacturing and popular music.

A Sympitar is a modern form of guitar combining functional aspects of the guitar and the Indian sitar. This instrument has a unique feature: there is a graphite channel which guides a series of "sympathetic" resonating strings through the neck from the bridge up to the headstock. These strings vibrate or resonate against a "jiwari" bridge, which produces the sustaining drone typically associated with Indian music. The instrument(s) also have at least 6 standard guitar strings which traverse the length of the neck just as they do for a standard steel-string acoustic guitar. Depending on the notes played and on how the sympathetic strings are tuned, the sympitar's sympathetic strings will produce long waves of resonating notes, either in harmonic or enharmonic response. 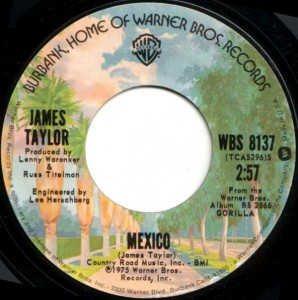 "Mexico" is a song written by James Taylor that first appeared as the opening track of his 1975 album Gorilla. It was released as a single, with the album's title track as the B-side, and reached No. 49 on the Billboard Hot 100, but performed much better on the Adult Contemporary chart, reaching No. 5. "Mexico" has appeared on many of Taylor's live and compilation albums. It has been covered by Jimmy Buffett, Alex de Grassi and Lauren Laverne.

Damon Buxton is an American guitarist and composer. His primary instrument is the six-string classical guitar. He uses silent spaces, open tunings, natural reverb, and double picking. His compositions draw on musical traditions of fingerstyle, classical, new age, and jazz. Buxton is a self-taught musician who began playing the guitar at age 21 and developed his trademark fingerpicking style. He currently lives in the Pittsburgh Pennsylvania area with his wife and two cats.