Novus Records (later Arista Novus and RCA Novus) was an American jazz record label run by Steve Backer. Backer worked at Impulse! Records until 1974, when Clive Davis, founder of Arista Records, asked him to oversee the jazz division at Arista. [1]

Craig S. Harris is a jazz trombonist who started working with Sun Ra in 1976. He also has worked with Abdullah Ibrahim, David Murray, Lester Bowie, Cecil Taylor, Sam Rivers, Muhal Richard Abrams, and Charlie Haden. He has recorded since 1983 as leader for India Navigation, Soul Note and JMT. For the latter he recorded with two groups. The Tailgaters Tails was a quintet with clarinetist Don Byron, trumpeter Eddie Allen, Anthony Cox on double bass, and Pheeroan akLaff on drums. His large ensemble Cold Sweat was a tribute to the music of James Brown. 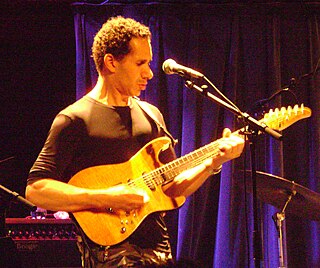 Warren Bernhardt is an American pianist in jazz, pop and classical music.

Spiral Live at Montreux 1978 is a live album by Muhal Richard Abrams recorded at the Montreux Jazz Festival and released on the Arista Novus label in 1978.

This is a timeline documenting events of Jazz in the year 1989. 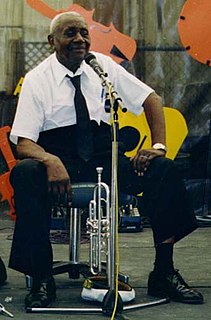 This is a timeline documenting events of Jazz in the year 1995.

In the 1980s in jazz, the jazz community shrank dramatically and split. A mainly older audience retained an interest in traditional and straight-ahead jazz styles. Wynton Marsalis strove to create music within what he believed was the tradition, creating extensions of small and large forms initially pioneered by such artists as Louis Armstrong and Duke Ellington. In the early 1980s, a commercial form of jazz fusion called pop fusion or "smooth jazz" became successful and garnered significant radio airplay. Smooth jazz saxophonists include Grover Washington, Jr., Kenny G, Kirk Whalum, Boney James, and David Sanborn. Smooth jazz received frequent airplay with more straight-ahead jazz in "quiet storm" time slots at radio stations in urban markets across the U.S., helping to establish or bolster the careers of vocalists including Al Jarreau, Anita Baker, Chaka Khan, and Sade. In this same time period Chaka Khan released Echoes of an Era, which featured Joe Henderson, Freddie Hubbard, Chick Corea, Stanley Clarke, and Lenny White. She also released the song "And the Melody Still Lingers On " with Dizzy Gillespie reviving the solo break from "Night in Tunisia".