Henry Threadgill (born February 15, 1944) [1] is an American composer, saxophonist and flautist. [2] He came to prominence in the 1970s leading ensembles rooted in jazz but with unusual instrumentation and often incorporating other genres of music. He has performed and recorded with several ensembles: Air, Aggregation Orb, Make a Move, the seven-piece Henry Threadgill Sextett, the twenty-piece Society Situation Dance Band, Very Very Circus, X-75, and Zooid.

Threadgill performed as a percussionist in his high-school marching band before taking up baritone saxophone, alto saxophone, and flute. He studied at the American Conservatory of Music in Chicago, majoring in piano, flute, and composition. He studied piano with Gail Quillman and composition with Stella Roberts. [3] He was an original member of the Experimental Band,a precursor to the AACM in his hometown of Chicago, and worked under the guidance of Muhal Richard Abrams, before leaving to tour with a gospel band. [1] In 1967, he enlisted in the U.S. Army, playing with a rock band in Vietnam during the Vietnam War in 1967 and 1968. He was discharged in 1969.

After returning to Chicago, Threadgill joined AACM members bassist Fred Hopkins and drummer Steve McCall in a trio which would eventually become the group Air. [1] He moved to New York City, where he formed his first group, X-75, a nonet consisting of four reed players, four bass players, and a vocalist. [1]

In the early 1980s, Threadgill created his first critically acclaimed ensemble as a leader, the Henry Threadgill Sextet (actually a septet; he counted the two drummers as a single percussion unit), [5] which released three albums on About Time Records. After a hiatus, he formed New Air with Pheeroan akLaff, replacing Steve McCall on drums, and reformed the Henry Threadgill Sextett (with two t's at the end). The six albums the group recorded feature some of his most accessible work, notably on the album You Know the Number . [1] The group's unorthodox instrumentation included two drummers, double bass, cello, trumpet, and trombone, in addition to Threadgill's alto saxophone and flute. [1] Among the players were drummers akLaff, John Betsch, Reggie Nicholson and Newman Baker; bassist Fred Hopkins; cellist Diedre Murray; trumpeters Rasul Siddik and Ted Daniels; cornetist Olu Dara; and trombonists Ray Anderson, Frank Lacy, Bill Lowe, and Craig Harris.

During the 1990s, Threadgill pushed the musical boundaries even further with his ensemble Very Very Circus. [1] The group consisted of two tubas, two electric guitars, a trombone or French horn, and drums. With this group he explored more complex and highly structured forms of composition, augmenting the group with Latin percussion, French horn, violin, accordion, vocalists, and exotic instruments. He composed and recorded with other unusual instruments, such as a flute quartet (Flute Force Four, a one-time project from 1990); and combinations of four cellos and four acoustic guitars (on Makin' a Move).

He was signed by Columbia Records for three albums. Since the dissolution of Very Very Circus, Threadgill has continued in his iconoclastic ways with ensembles such as Make a Move and Zooid. Zooid, currently a sextet with tuba (Jose Davila), acoustic guitar (Liberty Ellman), cello (Christopher Hoffman), drums (Elliot Kavee) and bass guitar (Stomu Takeishi), has been the primary vehicle for Threadgill's compositions in the 2000s.

In 2018, Threadgill composed the string quartet "Sixfivetwo" for the Kronos Quartet, which they recorded as part of their "Fifty for the Future" project. [6]

In 2016, Threadgill's composition In for a Penny, In for a Pound was awarded the Pulitzer Prize for Music.

In July 2016, he received the Vietnam Veterans of America Excellence in the Arts Award, [7] at the VVA National Leadership Conference in Tucson.

"Run Silent, Run Deep, Run Loud, Run High" (conducted by Hale Smith) and "Mix for Orchestra" (conducted by Dennis Russell Davies), were both premiered at the Brooklyn Academy of Music in 1987 and 1993 respectively. He has had commissions from Mordine & Company in 1971 and 1989, from Carnegie Hall for "Quintet for Strings and Woodwinds" in 1983 and 1985, the New York Shakespeare Festival in 1985, Bang on a Can All-Stars in 1995, "Peroxide" commissioned by the Miller Theatre Columbia University in 2003 for "Aggregation Orb", a commission from the Talujon Percussion Ensemble in 2008, a piece "Fly Fliegen Volar" commissioned and premiered at the Saalfelden Jazz Festival with the Junge Philharmonie Salzburg Orchestra in 2007, a premier of the piece "Mc Guffins" with Zooid at the Biennale Festival in Italy in 2004.

In October 2020, the National Endowment for the Arts (NEA) announced Threadgill as one of four recipients of the NEA Jazz Masters Fellowships, celebrated in an online concert and show on April 22, 2021. Awarded in recognition of lifetime achievement, the honor is bestowed on individuals who have made significant contributions to the art form. The other 2021 recipients were Terri Lyne Carrington, Albert "Tootie" Heath, and Phil Schaap. [8]

Threadgill was born in Chicago. [9] He studied piano, flute, and composition at the American Conservatory of Music in Chicago, and Governors State University, in University Park, Illinois. [10] He was a member of the US Army Concert Band, and served in Vietnam. [11] He is married to recording artist and ethnomusicologist Senti Toy, also known as Sentienla Toy Threadgill. [12] 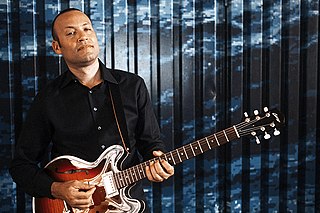 X-75 Volume 1 is the debut album by Henry Threadgill released on the Arista Novus label in 1979. The album and features four of Threadgill's compositions performed by Threadgill with Douglas Ewart, Joseph Jarman, Wallace McMillan, Leonard Jones, Brian Smith, Rufus Reid, Fred Hopkins and vocals by Amina Claudine Myers. The Allmusic review by Brian Olewnick states, "Henry Threadgill's first album as a leader immediately plunged into experimental waters. He utilized a nonet the likes of which had certainly never been heard before and probably not since... Threadgill's massive talent for mid-size band arrangements is immediately apparent... As of 2002, X-75, Vol. 1 was unreleased on disc and, even more disappointingly, there was never a "Vol. 2." But Threadgill fans looking for a link between Air and his Sextett owe it to themselves to search this one out". 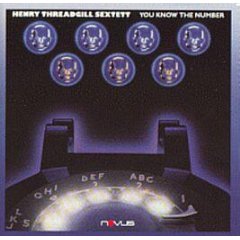 You Know the Number is an album by Henry Threadgill released on the RCA Novus label in 1986. The album and features six of Threadgill's compositions performed by Threadgill's Sextett with Frank Lacy, Rasul Siddik, Fred Hopkins, Diedre Murray, Pheeroan akLaff and Reggie Nicholson.

Easily Slip Into Another World is an album by saxophonist/composer Henry Threadgill, recorded for the RCA Novus label in 1987. 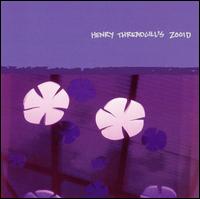 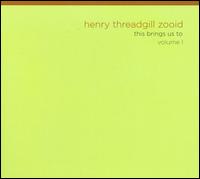 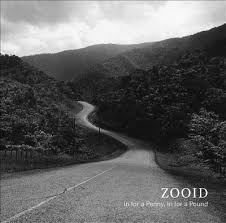