In his home town of Santa Clara, Cuba, Prieto studied percussion and guitar. During his teens, he moved to Havana to study at the National School of Music. He concentrated on classical music and Afro-Cuban music before paying more attention to jazz. In 1999, when he was twenty-five, Prieto moved to New York City, where he worked with Eddie Palmieri, Carlos Barbosa-Lima, Arturo O'Farrill, Dave Samuels, and Michel Camilo, among many others.

Prieto has conducted master classes, clinics, and workshops. From 2005 to 2015, he was a member of the music faculty at New York University. Since 2015, he has taught at the Frost School of Music at the University of Miami in Miami, Florida. Callen Radcliffe Tjader, Jr. was an American Latin jazz musician, known as the most successful non-Latino Latin musician. He explored other jazz idioms, even as he continued to perform the music of Cuba, the Caribbean, Mexico and Latin America. 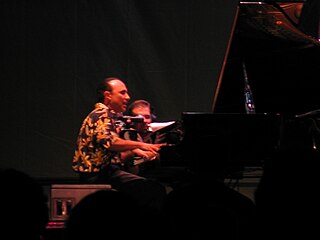 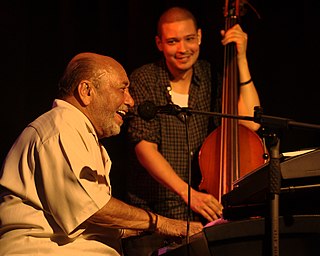 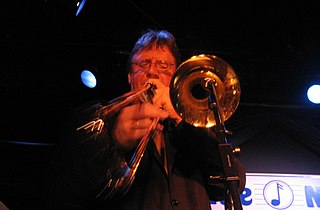 Brian Lynch is a multi-Grammy winning jazz trumpeter. He has been a member of Eddie Palmieri's Afro-Caribbean Jazz group and has led the Latin Side of Miles project with trombonist Conrad Herwig.

Rebeca Mauleón is an American pianist, composer, arranger and writer, specializing in salsa and other Latin American and Afro-Caribbean music. 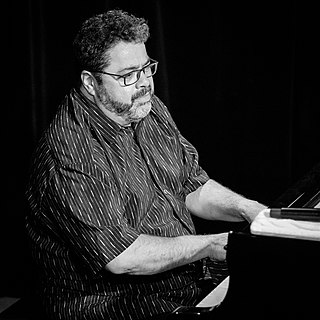 Arturo O'Farrill is a jazz musician, the son of Latin jazz musician, arranger and bandleader Chico O'Farrill, and pianist, composer, and director for the Afro Latin Jazz Orchestra. He is best known for his contributions to contemporary Latin jazz, having received Grammy Awards and nominations, though he has trained in other forms such as free jazz and experimented briefly with hip hop. 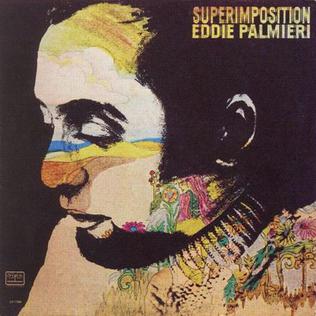 Superimposition is the twelfth studio album by American pianist Eddie Palmieri. It was released by Tico Records in 1970. The album combines modern salsa renditions of Cuban standards on side A with experimental descargas on side B. Since its release, the album has been praised by critics such as John Storm Roberts for its innovative approach.