Ishmael Wadada Leo Smith (born December 18, 1941) [1] is an American trumpeter and composer, working primarily in the fields of avant-garde jazz and free improvisation. [2] He was one of three finalists for the 2013 Pulitzer Prize for Music for Ten Freedom Summers , released on May 22, 2012. [3]

Smith was born in Leland, Mississippi, United States. [1] He started out playing drums, mellophone, and French horn before he settled on the trumpet. He played in various R&B groups and, by 1967, became a member of the AACM and co-founded the Creative Construction Company, a trio with Leroy Jenkins and Anthony Braxton. [1] In 1971, Smith formed his own label, Kabell. [1] He also formed another band, the New Dalta Ahkri, with members including Henry Threadgill, Anthony Davis and Oliver Lake. [1]

In the 1970s, Smith studied ethnomusicology at Wesleyan University. He played again with Anthony Braxton, as well as recording with Derek Bailey's Company. [1] In the mid-1980s, Smith became Rastafarian and began using the name Wadada. [1] In 1993, he began teaching at Cal Arts, [2] a position he held until 2014. In addition to trumpet and flugelhorn, Smith plays several world music instruments, including the koto, kalimba, and atenteben (Ghanaian bamboo flute). He has also taught courses in instrument making. His compositions often use a graphic notation system he calls "Ankhrasmation", which he developed in 1970. [1]

In 1998, Smith and guitarist Henry Kaiser released Yo, Miles!, a tribute to Miles Davis's then-lesser-known 1970s electric period. [2] On this album, Smith, Kaiser and a large cast of musicians recorded cover versions and original compositions inspired by Miles's electric music. [2] The follow-ups Sky Garden (released by Cuneiform in 2004) and Upriver (released in 2005) were recorded with a different cast of musicians. [2] Both line-ups featured Michael Manring on bass.

Smith's Golden Quartet (with which he has released several albums) originally featured Jack DeJohnette on drums, Anthony Davis on keyboards, and Malachi Favors on bass. [2] After several iterations, the Golden Quartet now features Pheeroan akLaff on drums, John Lindberg on bass, and Davis on piano. [2]

During the 2000s, Smith recorded albums for John Zorn's label Tzadik, as well as Pi Recordings. In 2008, he and his Golden Quartet released a DVD entitled Freedom Now. [2]

Smith has lived in New Haven, Connecticut for many years, a city where he helped create a prominent culture for creative music. [4] 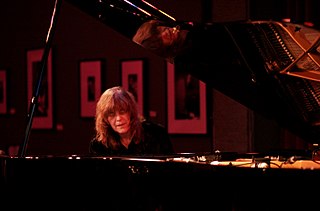 Marilyn Crispell is an American jazz pianist and composer. Scott Yanow described her as "a powerful player... who has her own way of using space... She is near the top of her field." Jon Pareles of The New York Times wrote: "Hearing Marilyn Crispell play solo piano is like monitoring an active volcano... She is one of a very few pianists who rise to the challenge of free jazz." In addition to her own extensive work as a soloist or bandleader, Crispell is also known as a longtime member of saxophonist Anthony Braxton's quartet in the 1980s and '90s.

Vijay Iyer is an American composer, pianist, bandleader, producer, and writer based in New York City. The New York Times has called him a "social conscience, multimedia collaborator, system builder, rhapsodist, historical thinker and multicultural gateway." Iyer received a 2013 MacArthur Fellowship, a Doris Duke Performing Artist Award, a United States Artists Fellowship, a Grammy nomination, and the Alpert Award in the Arts. He was voted Jazz Artist of the Year in the Downbeat Magazine international critics' polls in 2012, 2015, 2016, and 2018. In 2014 he received a lifetime appointment as the Franklin D. and Florence Rosenblatt Professor of the Arts at Harvard University, where he is jointly appointed in the Department of Music and the Department of African and African American Studies.

Pheeroan akLaff is an American jazz drummer and percussionist. He began playing in his hometown of Detroit, Michigan and Ann Arbor, with R & B keyboardist Travis Biggs, funk keyboardist Nimrod “The Grinder” Lumpkin, The Ebony Set and The Last Days. He moved to New Haven, Connecticut, and formed a group with saxophonist/flautist/percussionist Dwight Andrews. He debuted with saxophonist Bill Barron in 1975, followed by a tenure in Leo Smith's ‘New Dalta Ahkri’ (1977-1979). 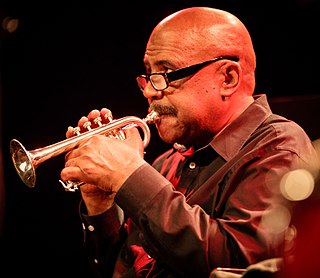 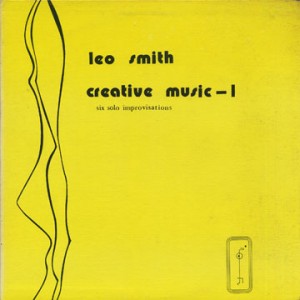 Creative Music - 1 is the first recording as a leader by American jazz trumpeter Wadada Leo Smith, which was released in 1972 on his own, privately pressed label Kabell. Subtitled "Six Solo Improvisations", the album featured Smith solo using trumpet, flugelhorn and various drums, gongs, bells, and home made percussion. It was reissued in 2004 as part of the four-CD box Kabell Years: 1971-1979, released by John Zorn's imprint Tzadik Records.