Forbes was educated at Trinity College, Dublin and ordained in 1921. [1] After a curacies in Enniscorthy and Preban he held incumbencies at Carnew and Kilscoran until his appointment as Dean. 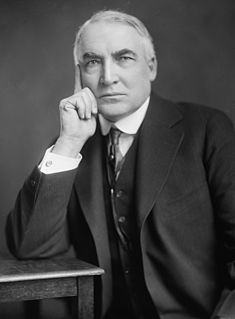 Warren Gamaliel Harding was the 29th president of the United States from 1921 until his death in 1923. A member of the Republican Party, he was one of the most popular U.S. presidents to that point. After his death, a number of scandals—including Teapot Dome—came to light, as did his extramarital affair with Nan Britton; each eroded his popular regard. Harding is often rated as one of the worst presidents in historical rankings.

Malcolm Stevenson "Steve" Forbes Jr. is an American publishing executive. Forbes was a candidate in the 1996 and 2000 Republican Presidential primaries. Forbes is the Editor-in-Chief of Forbes, a business magazine. Forbes is the son of longtime Forbes publisher Malcolm Forbes, and the grandson of that publication's founder, B.C. Forbes. He is an adviser at the Forbes School of Business & Technology.

Carl Stefan Erling Persson is a Swedish business magnate. In March 2013, Forbes reported Persson's net worth as $28 billion making him the richest of Sweden's 12 billionaires and the 17th richest person in the world; he has since dropped to number 50. Persson is the chairman and main shareholder in fashion company H&M, which was founded by his father Erling Persson in 1947. Persson took over the company from his father in 1982 and served as its manager until 1998. Persson also owns a substantial stake in the Swedish technology company Hexagon AB. Through his privately held real estate company Ramsbury Invest, Persson owns a large number of properties in London, Paris and Stockholm. 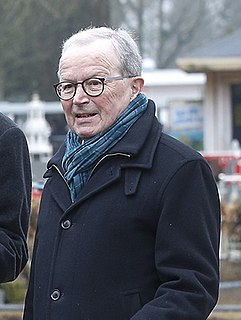 Kjeld Kirk Kristiansen is the former president and CEO of The Lego Group (1979–2004). According to Forbes, Kristiansen is the third richest Dane, with a net worth of $5.4 billion as of September 2018. He is the grandson of Lego founder Ole Kirk Christiansen.

Thomas Sivewright Catto, 1st Baron Catto CBE PC was a Scottish businessman and later Governor of the Bank of England.

Judith Rodin is a philanthropist with a long history in U.S. higher education. She was the president of the Rockefeller Foundation from 2005 until 2017. From 1994 to 2004, Rodin served as the 7th permanent president of the University of Pennsylvania, and the first permanent female president of an Ivy League university.

The 1947 National Football League season resulted in a tie for the Eastern Division title between the Philadelphia Eagles and Pittsburgh Steelers; both finished the regular season at 8–4, requiring a one-game playoff. They had split their two-game series in the season, with the home teams prevailing; the Steelers won by eleven on October 19, while the Eagles carded a 21–0 shutout on November 30 at Shibe Park.

The 1947 Pittsburgh Steelers season was the franchise's 15th season in the National Football League (NFL). The team improved on its 1946 record by winning eight games and losing four. This record tied for the lead in the Eastern Division and qualified the Steelers for the franchise's first playoff berth. It was the Steelers' only postseason appearance before 1972. 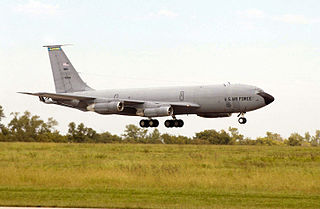 Dean Court is a suburb 2 miles (3.2 km) west of the centre of Oxford, England. Dean Court was part of Berkshire until the 1974 local government boundary changes transferred it to Oxfordshire.

The Very Reverend William Perry , DD, MA was an eminent Anglican priest in the first half of the 20th Century.

Ernest Shiu-Jen Kuh was a Chinese-born American electrical engineer. He served as Dean of the College of Engineering of the University of California, Berkeley.

The 1947 Cincinnati Bearcats football team was an American football team that represented the University of Cincinnati in the Mid-American Conference (MAC) during the 1947 college football season. In its third season under head coach Ray Nolting, the team compiled a 7–3 record and won the MAC championship.